James S. Lai is a Professor in the Ethnic Studies department with a courtesy appointment in the Department of Political Science.  Lai received his Ph.D. in Political Science from the University of Southern California (2000) and his M.A. in Asian American Studies from the University of California at Los Angeles (1992).  Upon receiving his doctorate, he began teaching at Santa Clara University since Fall of 2000 and has been going strong since.

As an interdisciplinary-trained scholar who seeks to bridge the fields of Ethnic Studies and Political Science, his research interests and specialties include U.S. racial and ethnic politics, social media and civic engagement, urban politics, multi-racial coalitions, Asian American communities, California local politics, and Asian American politics. He is author of book Asian American Connective Action in the Age of Social Media (2022, Temple University Press), which examines how social media is changing the ways Asian Americans participate in politics.

Geron, Kim and James S. Lai. 2002. “Beyond Symbolic Representation: A Comparison of the Electoral Pathways and Policy Priorities of Asian American and Latino Elected Officials,” Asian Law Journal, Vol. 9, No. 1: 41-81. 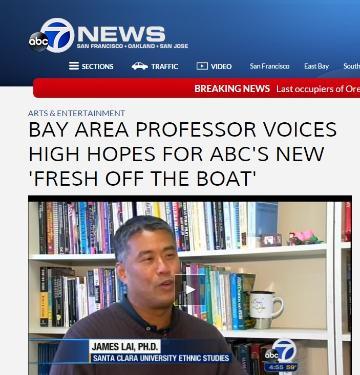 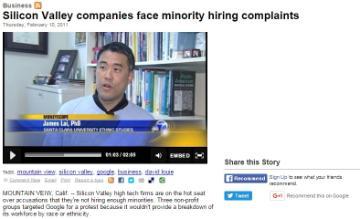 James Lai talked to NBC about diversity among the AAPI community in the Bay Area and reaching out to your neighbors.

James Lai spoke to Vox about how Trump’s anti-immigration stance convinced Asian-American swing voters to side with the Democratic party.