Water is a Project

Fifty-one years ago, Joni Michell sang in “Big Yellow Taxi,” “don’t it always seem to go, that you don’t know what you’ve got till it’s gone.” She could be talking about water today – the low flow of the Colorado River, our local reservoirs, droughts across the west. Three years ago, in the spring of 2018, I was contemplating what my next big dance project would be. Water as a life sustaining resource that was in jeopardy in the 21st century kept appearing in the news--from contaminated water in Flint Michigan to diminishing water tables in San Joaquin Valley.

Environmental issues underpinned my previous choreographic work, but this time I chose to focus on water. Whether standing under waterfalls, swimming in pristine lakes, drinking from a pure spring in Yosemite, or rationing it in buckets and practicing “if it's yellow let it mellow” through California droughts from the 1970s to the present, water has been central to my life. I wanted to express the blessing and urgency of water through dance, through performance, and with an audience.

I invited several colleagues, fellow artists, and friends to collaborate with me. Since that spring over three years ago, I met with the core creative team of Scot Hanna-Weir, Derek Duarte, and Kathy Aoki repeatedly. We brainstormed, challenged each other, and laughed over some water mixed with hops to consider how a performance – dance, songs, visuals – could tell the story of water. How could we convey its sacred essence and beauty, its productive and destructive power, its essential life force, and humanity’s predilection to control and commodify water? Scot composed the songs drawing on texts from the Bible to the I-Ching. Derek contributed water visuals from ponds to aqueducts. Kathy added animated water tales from Aaron Burr to citizen action in Felton CA. And I created six dances to express the explosive power and calming flow of water. Soon other colleagues joined the creative team -&nbsphttps://www.youtube.com/watch?v=sH1yeYtH_wU;Jeff Bracco wrote the script, Barbara Murray designed the costumes, and Jerry Enos built the iconic giant water bottle. Iris Stewart-Frey and Ed Maurer joined as our water science consultants.

In early October of this year, we finally premiered The Water Project in Mayer Theatre. We were blessed to be in a theatre with a live audience witnessing this performance created with bodies in motion, voices in song, eyes engaged with water imagery, and the mind teased by scary, wonderful and personal stories about water. The Water Project only happened because over 40 artists – dancers (including the multi-talented interim De Saisset Museum director Lauren Baines), singers, an actor, and multiple support personnel -- came together with their skills, passion and commitment to create a moving performance about water. 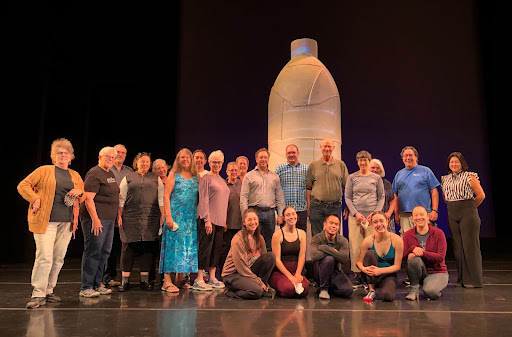 By working together and staying committed through the pandemic, we persevered toward our goal. For me, the collective effort that created The Water Project models how we must engage with 21st century water challenges--from personal choices to promoting positive public water policy in order to preserve this precious resource. I encourage you to commit to making water a project you advocate for, a treasure you revere, and a resource you always drink responsibly. As Iris Stewart-Frey is quoted in the show, “water is precious, and water is limited.”

Please enjoy the streamed version of The Water Project if you were not able to see it live. 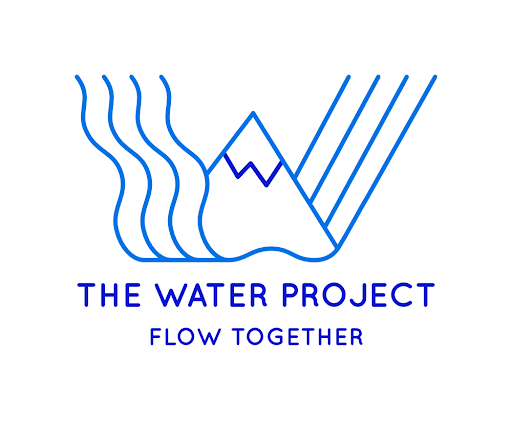 David Popalisky, Associate Professor in Theatre and Dance, is a choreographer whose over 85 dances have been performed and taught throughout the United States, and in Italy, Korea, Belize, and China. His recent creation The Water Project joins Migrations, The Fatherhood Project and Barred from Life as full evening performances. He is currently researching fathers in concert dance from the early 19th century to the present.