Former artistic director of DaaPo, based in NYC, Popalisky has choreographed, performed and taught throughout the United States, in Italy, Korea, Belize and China. Popalisky’s newest dance Walking with Walt inspired by both his love of Walt Whitman’s poetry and his SCU class Walk Across California was performed in 2015 in San Francisco’s Vision Series, the Lineage Dance Festival in Pasadena and the DUMBO Dance Festival in NYC. In 2012 he presented Return To HJ Junction, which investigated the social chaos following the Civil War, in San Francisco’s Vision Series, the Pasadena Dance Festival in Los Angeles and the DUMBO Dance Festival in NYC as well as performing his solo Swimming Upstream in Beijing, China.

Recent dances include Futurismo (2013), created and performed with theatre colleague Jeffrey Bracco and When in Doubt Keep the Leg co-choreographed and performed with Abigail Hosein presented in Monterey, CA for the Monterey Dance Festival in August 2010 and as part of Ahdanco’s February 2010 in Berkeley, CA. In 2009, he was commissioned to create Sculpted Chaos for the Wing and a Prayer Dance Company in Reno, NV and presented Go, a trio on the theme of migration in nature for Dancing in the Park, in San Francisco. Popalisky has also presented choreography for the Brand Library series (Los Angeles), the West Wave Festival and the Vision Series (San Francisco). 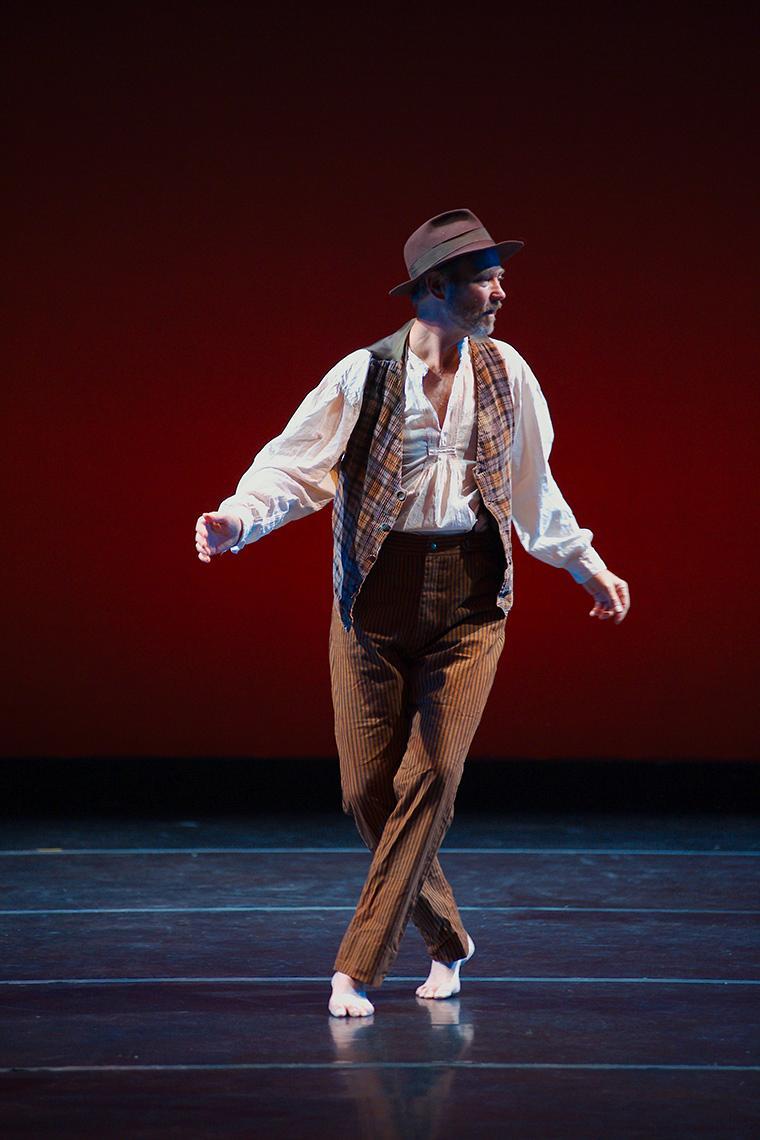 In September 2010 Popalisky presented the hour long Migrations on the SCU campus exploring the interface between human and natural migration. The audience traversed the campus led by the songs of the “wanderer,” a cross between a visionary and a bag lady, as the migrating dancers moved in and out of sight between the three designated dancesites. Following the SCU premiere lecture demonstration performances of Migrations were presented at five South Bay schools followed by free classes for the students and an excerpt of the dance was presented during SCU’s Sustainability Teach-In in April 2011.

Other full evening works include The Fatherhood Project (2006), a performance celebration of fathers everywhere and Barred from Life (2004), a multi-media performance work that explored the issue of wrongful conviction. Barred from Life was performed throughout California, in Milwaukee, WI and Chicago, IL. and was featured in the September 2005 issue of Dance Magazine.

Popalisky has performed regularly with Tandy Beal and Company, Santa Cruz, most recently in HereAfterHere (2010 and 2011). Commissioned by the Western Ballet Company he created Flames of Prayer for the company. He choreographed and performed for the Belize International Dance Festival in 1998, and in 1999 returned to set a work on the Belize Junior National Dance Company. Previously, he performed with Throne Dance Theatre throughout New York, Washington DC, in Korea and Japan. With the Bauer Dance Ensemble he performed throughout the Midwest and East Coast.

In 2012, 2014 & 2016 Popalisky walked with students from San Francisco to Yosemite to witness California’s diverse human populations and natural environments.