Michelle Bezanson and Janice Edgerly-Rooks are being recognized for their scientifically and socially distinguished achievements.

SANTA CLARA, Ca., Jan. 26, 2022—Two faculty from Santa Clara University’s College of Arts and Sciences have been named 2021 Fellows by the American Association for the Advancement of Science (AAAS), the world’s largest general scientific society and publisher of the Science family of journals. Michelle Bezanson, professor of anthropology, and Janice Edgerly-Rooks, professor of biology, are among this year’s class of AAAS Fellows being recognized for their scientifically and socially distinguished achievements, one of the most distinct honors within the scientific community.

“I am delighted that not one but two of our faculty have received this recognition for their outstanding achievements as scholars, researchers, and teachers this year,” said Daniel Press, dean of the College of Arts and Sciences at Santa Clara University. “Their accomplishments embody the best of Santa Clara and continue to engage and inspire our students.” 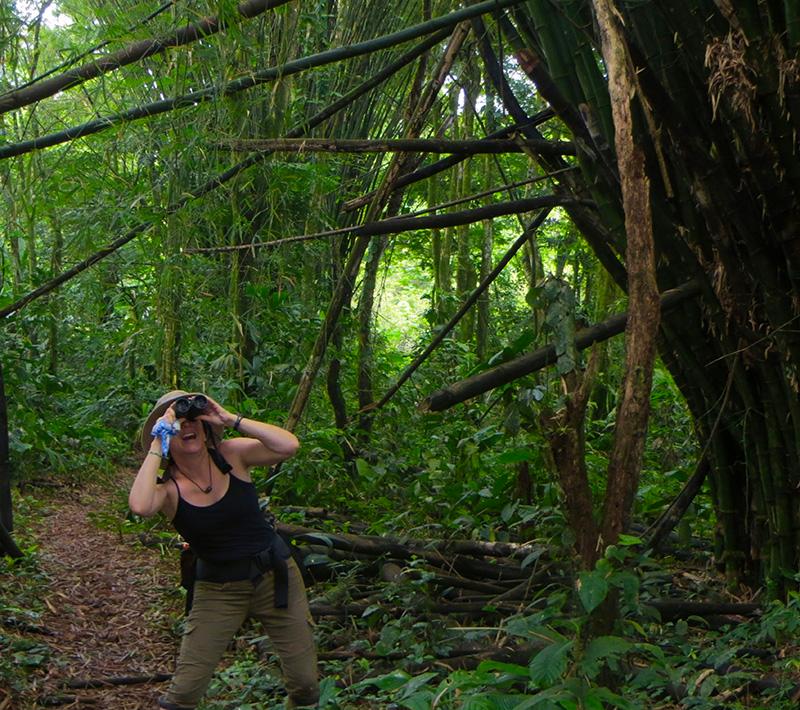 Bezanson was selected “for substantive research on substrate use and kinetics in primate locomotion and critical analysis of contemporary primate field research and conservation practice.” She has been conducting research on primates in Costa Rica since 2002, focused on three primary areas: the development of primate locomotion and foraging; the ethics of primate fieldwork and how research may impact field sites, their ecologies, and the people who live near primate populations; and scientific illustration and stylistic work related to her research. She has made important scientific contributions to her field, particularly around the impact that rare primate behaviors have on the evolutionary process, such as contorting their bodies or using uncommon movement to escape predators. In addition to Costa Rica, she has also worked in Nicaragua, Honduras, and Zambia, and has led field schools for more than 100 SCU students since she started at SCU in 2006.

“Being elected as a fellow is a huge and humbling honor,” Bezanson says. “To have my colleagues believe that my work is worthy of such a scientific recognition is something that I would have never expected. And then to have the AAAS wider scientific committee agree is an incredible experience.”

Bezanson plans to continue engaging in primate research, conservation, and education, recognizing that best practices in the field are consistently shifting and there is a need to continue learning. She is currently working on a children’s book about primates and is interested in increasing outreach about her field through illustration, mentoring, and teaching.

Edgerly-Rooks was selected “for advancing our understanding of the embiopterans, or webspinners, including their sociality, maternal care, parthenogenesis, diet, and silk spinning all while teaching the next generation of scientists.” She started studying this order of insects as a Ph.D. student at Cornell University in 1981 and has made significant scientific contributions regarding their evolution, diversity, behavioral ecology, etc., publishing more than three dozen papers on the subject. She has also discovered and named new genera and species within the order and has engaged with filmmakers from multiple countries to share her research with the general public. One piece, "The Curious Webspinner Insect Knits a Cozy Home" produced by KQED, won an Emmy Award in 2020. 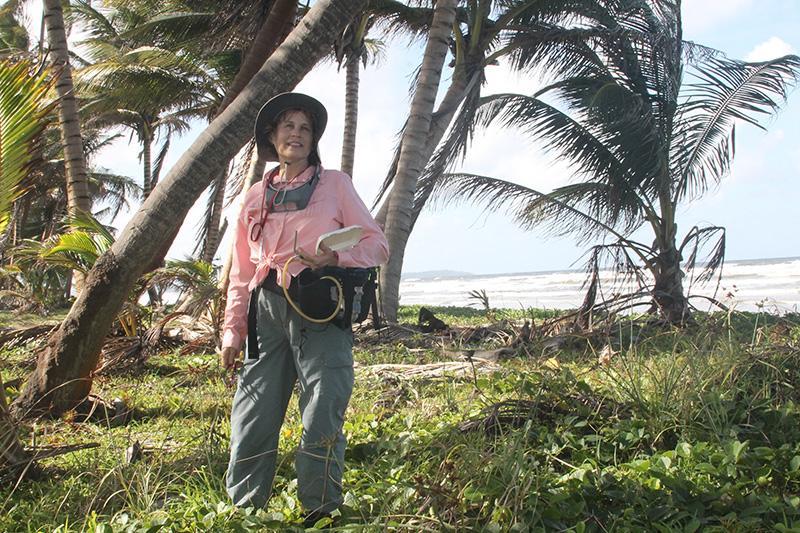 Throughout her research, Edgerly-Rooks has collaborated with people at all different stages of their careers from undergraduate students to postdoctoral researchers to scientists from across the globe. She is currently working with colleagues on examining embiopteran silk, especially at the nano-scale which opens up many new research opportunities; exploring the impact of parasitism within a local species which will provide new opportunities for SCU undergraduate researchers; and is working on transforming data into music as a way to ‘visualize’ silk spinning dynamics, to be presented at a conference later this year where art, science, and culture are the major themes.

“Having recognition for these wonderful insects and the work I have conducted with so many fantastic students and colleagues at SCU and elsewhere is so exciting,” said Edgerly-Rooks. “Being recognized for work primarily conducted with undergraduate students is a testament to the value of such an endeavor.”

The 2021 class of AAAS Fellows includes 564 scientists, engineers, and innovators spanning 24 scientific disciplines. The new Fellows will receive an official certificate and a gold and blue rosette pin to commemorate their election (representing science and engineering, respectively) and will be celebrated later this year during an in-person gathering when it is feasible from a public health and safety perspective. The new class will also be featured in the AAAS News & Notes section of Science in January 2022.

About Santa Clara University’s College of Arts and Sciences

The College of Arts and Sciences is the heart of Santa Clara University. Our faculty integrate transformative teaching and innovative scholarship to engage students in the processes of learning, discovery and reflection as members of a community of scholars. For more information, visit www.scu.edu/cas.

About the American Association for the Advancement of Science

The American Association for the Advancement of Science (AAAS) is the world’s largest general scientific society and publisher of the journal Science, as well as Science Translational Medicine; Science Signaling; a digital, open-access journal, Science Advances; Science Immunology, and Science Robotics. AAAS was founded in 1848 and includes more than 250 affiliated societies and academies of science, serving 10 million individuals. Science has the largest paid circulation of any peer-reviewed general science journal in the world. The nonprofit AAAS is open to all and fulfills its mission to “advance science and serve society” through initiatives in science policy, international programs, science education, public engagement, and more. For additional information about AAAS, visit www.aaas.org.