Three experienced women leaders have been selected to join Santa Clara University’s Board of Trustees.

SANTA CLARA, Calif., July 21, 2020 — Three experienced leaders have been selected to join Santa Clara University’s Board of Trustees, bringing to 48 the number of individuals who help set policies and strategy for the 169-year-old Jesuit, Catholic University.

“Santa Clara University will benefit greatly from the diverse, global, and highly accomplished perspectives of our new trustees,” said SCU President Kevin O’Brien, S.J. “We are grateful for their guidance at such a crucial time in history, as we navigate a global pandemic and seek to secure Santa Clara’s mission of providing a transformational education in the Jesuit tradition for generations to come.” 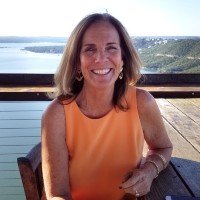 Kathleen Duncan is a prolific community volunteer and leader, serving on the board of trustees of numerous institutions, including Loyola Marymount University; Mount St. Mary’s University; University of Puget Sound; Loyola High School of Los Angeles; California Science Center; and Doheny Eye Institute. She is also on the board of the Thomas and Dorothy Leavey Foundation, which is named for her grandparents—Thomas ’52 who co-founded Farmers Insurance Group, and matriarch Dorothy, who ran the family and the foundation upon her husband’s death. The Foundation has been a generous benefactor to Santa Clara for more than 50 years, including a $30 million gift in 2017 to support a new complex for transformational education in science, technology, engineering, and math (STEM). Both SCU’s business school and sports arena bear the Leavey name.

She received her B.A. in psychology from the University of Puget Sound and a teaching credential from Mount St. Mary’s University. She previously worked in human resources at Chase Financial Services and taught 3rd and 5th grade math and science at Marymount Junior School and Saint Paul the Apostle. She is the mother of two Broncos, Kara ’17 and Alex ’19, as well as son Patrick who is a junior at the University of Southern California. Duncan and her husband, Randy Luten, reside in Los Angeles.

“I am honored and excited to be part of the Santa Clara Board of Trustees, and I look forward to serving and supporting this amazing institution,” said Duncan. 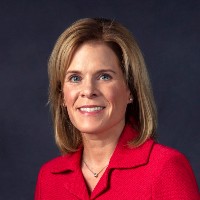 Molly Joseph ’96 is chief executive officer of UnitedHealthcare Global, which provides clinically integrated benefits, services and medical delivery to approximately 7 million members and 9 million unique patients in more than 130 countries. She is also executive vice president of Global, UnitedHealth Group. As part of her role, Joseph oversees businesses in Brazil, Chile, Colombia, Ireland, Peru and Portugal, in addition to global mobility health care benefits and services. She serves on UnitedHealthcare’s executive council and is a member of UnitedHealth Group’s executive leadership team.

She earned her B.S. in political science from Santa Clara University and her J.D. from Georgetown University Law Center.

Joseph is board chair of Empresas Banmédica, a leading health care provider serving people in Chile, Colombia and Peru, and serves on the boards of both First Solar, a provider of renewable energy systems, and Young Voices of Austin, a nonprofit children’s organization.

She has received awards for servant leadership, female leadership in business, female board leadership and health care leadership. She resides in Austin, Texas, and Minneapolis, Minn., with her husband Andrew Olson.

"It is an honor to serve on the Board of Trustees for Santa Clara University,” said Joseph. “This university and the Jesuit education it provides are a strong base for students to thrive in both the professional and societal areas of life.”

Gisel Ruiz ’92 served extensively in executive capacities in the U.S. and internationally for Walmart, where she led teams through large scale growth in three fast-evolving business segments—Walmart US, Walmart International, and Sam's Club. In her most recent role, as executive vice president and Chief Operations Officer at Sam's Club, she was responsible for over $65 billion in revenue, 600 facilities, and 100,000 employees. Previously as EVP of Walmart International People, she set strategy in human capital management, common company culture and all C-suite level succession planning—leading teams that supported more than 1 million employees across 27 countries outside of the U.S.

At Walmart U.S., a business segment delivering over $279 billion in annual revenue, her Store Innovation Team oversaw the execution and acceleration of multi-channel initiatives including in-store e-commerce order fulfillment and online only grocery pick-up formats. Leading with personal passion, in-store sustainability initiatives helped reduce energy costs and waste, and she made great strides in the advancement of women and people of color in management roles.

Among other internal board appointments, Ruiz served as a board member for Walmart de Mexico S.A.B. de CV, one of the largest publicly traded companies in Mexico.

She is a member of the Retail Management Institute advisory board at Santa Clara University, where she graduated with a degree in marketing. She completed the Harvard Business School Advanced Management Program, is fluent in Spanish and is a member of the Latino Corporate Directors Association. She currently resides in Rogers, Ark. and Bird Key, Fla., with her husband, Mike. They have two college-age daughters.

"I am humbled and honored to be named to the Board of Trustees,” said Ruiz. “Santa Clara is known for academic excellence and focus on developing an inclusive, entrepreneurial, justice-minded student body through faith-inspired values. I am excited to serve my alma mater and help advance our vision to bring these values to a larger, global audience."

About Santa Clara University
Founded in 1851, Santa Clara University sits in the heart of Silicon Valley—the world’s most innovative and entrepreneurial region. The University’s stunningly landscaped 106-acre campus is home to the historic Mission Santa Clara de Asís. Ranked the No. 1 regional university in the West by U.S. News & World Report, SCU has among the best four-year graduation rates in the nation and is rated by PayScale in the top 1 percent of universities with the highest-paid graduates. SCU has produced elite levels of Fulbright Scholars as well as four Rhodes Scholars. With undergraduate programs in arts and sciences, business, and engineering, and graduate programs in six disciplines, the curriculum blends high-tech innovation with social consciousness grounded in the tradition of Jesuit, Catholic education. For more information see www.scu.edu.