Here are the most recent stories of our Art and Art History alumni and what they have been up to. We would love to hear from you!

During my senior year at Santa Clara, I was unsure of my professional path. I had loved my last art history courses, but I was not sure if graduate school was the next step. I had toyed with serving in the Peace Corps for a few years and ended up starting the application process in early 2016. By graduation time, I knew I would be joining and by the end of the summer, I knew I would be serving in Jamaica. Spending 27 months in a foreign country was a privilege and helped connect me to a new culture. During the first year my post-Peace Corps plan began to reveal itself and eventually I knew I wanted to apply to graduate school, specifically to study Jamaican art. It was through the Peace Corps website that I found the Gallatin School of Individualized Study at New York University. This small school not only makes room for, but encourages interdisciplinary practices, which fits my approach to education, and the Jesuit approach to educating the whole person. My time at SCU, specifically with the Art History program, gave me a solid educational foundation for graduate study and discussion. My art history professors taught and encouraged me to question what I see and experience, and I am now in an educational program that demands it. I have had about two weeks of classes here at Gallatin/NYU. These courses are already challenging me to think differently about matters of class, race, art, theory, and education. It is not always comfortable. Peace Corps was not always comfortable. Santa Clara's Art History program set me on the path (and gave me the tools) to embrace that which is uncomfortable as a marker of learning, rather than failure. Thank you, SCU Department of Art and Art History! 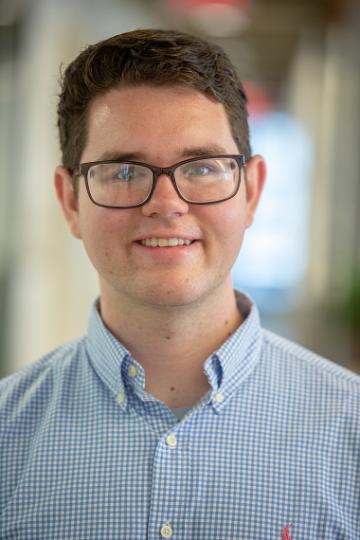 After graduating SCU, I was awarded a year-long journalism fellowship to work with America Media in New York City. At America Media I worked in audio/video and print production, while writing on art and culture. I had the opportunity to publish articles reviewing retrospectives on Andy Warhol and David Wojnarowicz, the 2019 Whitney Biennial, a monograph by Jenny Saville, and I interviewed Carlos Vega. After finishing my fellowship, I returned to the classroom—this time as a teacher at Gonzaga College High School in Washington D.C. I put my studio and art history degree to use every day in the classroom, educating young artists how to make, look at, and talk about art. In addition to teaching, I continue to publish thoughts on art and culture. You can check out my latest reviews of "The Dialectics of Art" by John Molyneux in the National Catholic Reporter and of Douglas Stuart's "Shuggie Bain" in America Magazine. 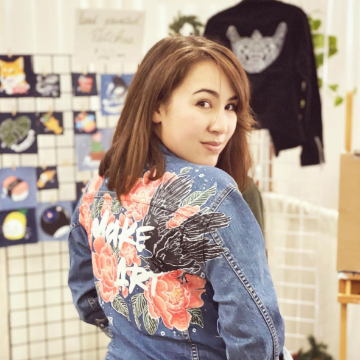 Recent Achievements: Illustrated the Major Arcana (tarot deck) and launched the deck via Kickstarter, reaching full funding in 48 hrs and over 500% by the end of the project. Currently working on completing the Minor Arcana to release as a complete tarot deck. Regularly participating in art walks, craft fairs, and even Silicon Valley Comic Con. Work featured in several group shows, and designed poster for 2019 JTown Artwalk.

While art is not currently my main source of income (I also work as an office admin for a tech company), I've been steadily working as an artist for about 5 years now. I've had booths and tables at craft fairs, comic conventions, participated in group and solo art shows, collaborated with local businesses, and leveraged my art to raise money for causes I care about (something especially important to me during 2020 when the need for so many was dire). Something that always stuck with me was the opportunity to hear from alumni and professionals in our field when I was a senior. Most notably, someone at the art director level who negotiated having Fridays off rather than a raise, so she could focus on making art. This was the illuminating moment for me; I realized that time and energy was a valuable resource for me as an artist, and it helped shape the conversations I had with my own day job to negotiate a flexible schedule. Having a day job that I love grants me a lot of stability so that the focus for personal art is sustainable. 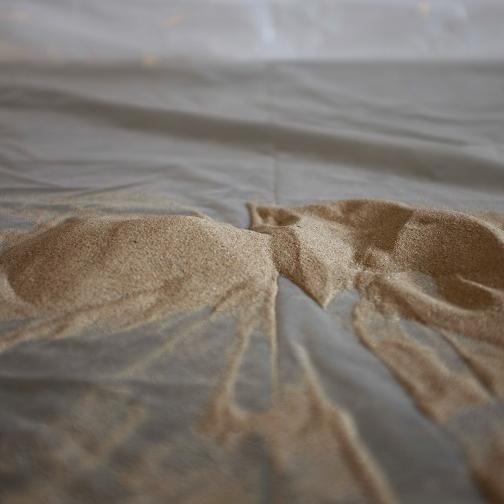 Recent Achievements: I currently have a solo exhibition on view at periscope projects in Salzburg, Austria. Running from October 17 to November 9, Trace Path is an exhibition of drawing and installation about border fortifications. Here is an excerpt from the press release:

“Border fortification” is a term used to describe man-made walls, fences, and other barriers which are built to keep certain people in or out of a defined area. A feature of some border fortifications is a “trace road,” a path between two walls or fences that is made of fine, sandy material. Instead of serving the normal purpose of a road, the trace road is intended to reveal footprints and show whether anyone has crossed it. The upcoming exhibition, Trace Path, at periscope:project:space, by Berlin-based artist Kika Jonsson (USA) uses large scale drawings and construction elements to expand on this concept and to examine how we define borders.

In October 2019, I began the Masters program at Kunsthochschule Weissensee in Berlin.

Recent Achievements: I am currently publishing a book with Ave Maria Press featuring my Stations of the Cross artwork, related painted bible verses and reflections. It will be out in fall, 2020. I'm including a sample of a scene and verse from that book here.

My SCU experience taught me to think abstractly and set me up for life-long learning. I spent 10 years as a graphic designer with a firm specializing in high tech marketing before returning to my painting roots after my daughter was born. My Catholic foundation established my prayer life, which flourished especially during my daughter's teen years when I often was left with nothing but prayer! It was during that time that I began to focus on my religious heritage in my work. I paint the Joy found in Christ through our Catholic practice, bringing together our ancient traditions with more modern sensibilities. www.JenNortonArtStudio.com

Send us your story Alumni Feedback Form. We would love to hear from you!