Article published in the prestigious Journal of Modern History

Amy Randall's article, “Soviet and Russian Masculinities: Rethinking Soviet Fatherhood after Stalin and Renewing Virility in the Russian Nation under Putin,” was published in December 2020 in the prestigious Journal of Modern History 92:4 (2020): 859-898. 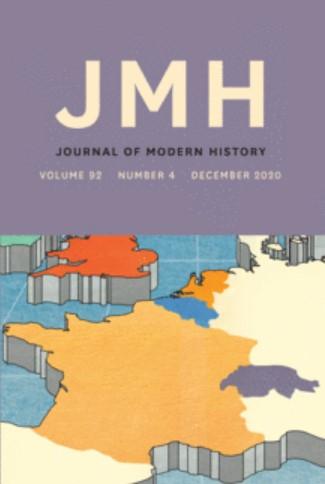 Vladimir Putin’s macho image and his deployment of a masculinized Russian nationalism have fascinated Russians and non-Russians alike, generating considerable public and scholarly analysis. This article argues that the appeal of Putin as a powerful and hypermasculine leader over the last twenty years is best understood not just in the larger geopolitical context of Russia’s national and economic decline in the 1990s but also in terms of Soviet and post-Soviet discourses of failed manhood. In particular, this work focuses on the widespread critique of men as fathers in the 1950s and 1960s and the accompanying campaign to create a new model of Soviet fatherhood, aiming to make men into “family men” and better fathers. The construction of the new ideal father—actively engaged in household tasks and child-rearing—challenged the Soviet gender order and contributed to the development of a domestic and family-oriented model of Communist manhood. Although it is primarily an investigation of the problematization of Soviet fathers and the reconfiguration of Soviet fatherhood in the 1950s and 1960s, this article also suggests that perceptions of failed fatherhood and Communist manhood in the post-Stalin and late Soviet eras, combined with post-Soviet anxieties about masculinity in the new political and economic order of Russia in the 1990s, provide a window into the appeal not only of Putin and his strongman persona but also of the broader narratives of masculinized nationalism in contemporary Russia.