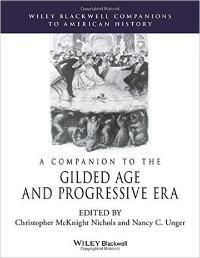 Nancy Unger’s co-edited volume, A Companion to the Gilded Age and Progressive Era, has been published in the prestigious series Wiley Blackwell Companions to American History. The volume contains thirty-four up-to-date essays on every aspect of American history during the late nineteenth and early twentieth centuries. The book is introduced by an insightful essay by Nancy and her co-editor, Christopher McKnight Nichols, entitled “Gilded Excesses, Multiple Progressivisms.” 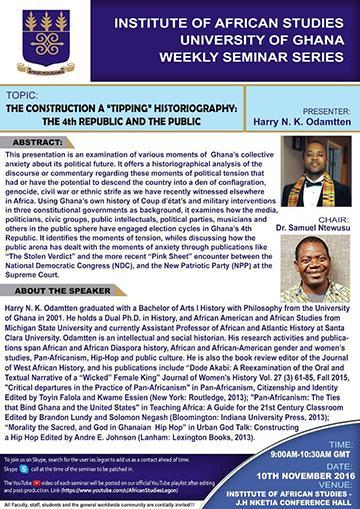 Harry Odamtten was invited to present at the Institute of African Studies at the University of Ghana last year. His paper was entitled "The Construction of a Tipping Historiography: The Fourth Republic and the Public."

Barbara Molony co-authored the introduction and co-edited Women's Activism and "Second Wave" Feminism (Bloomsbury, 2017), which situates late 20th century feminisms within a global framework of women's activism. Its chapters, written by leading international scholars, demonstrate how issues of heterogeneity, transnationalism, and intersectionality have transformed understandings of historical feminism. They include histories of feminisms in the United States, Canada, South Africa, India, France, Russia, Japan, Korea, Poland and Chile. The book has received significant praise. For instance Estelle B. Freedman of Stanford University commented,“This volume succeeds admirably in rethinking the chronological and geographical scope, and the political textures, of "second wave" feminism around the world."

Robert Senkewicz and Rose Marie Beebe’s book Junípero Serra: California, Indians, and the Transformation of a Missionary received the Norman Neuerberg Prize from the Historical Society of Southern California. The prize is given for the best book on California before it was acquired by the United States.