People, Communities, and the Catholic Church in China now available in paperback

“Greetings! The big news is that my co-edited book, which was published in hardcover in 2020, is now available in paperback: Eds. Cindy Yik-yi Chu and Paul Mariani, People, Communities, and the Catholic Church in China (Palgrave Macmillan, 2021). 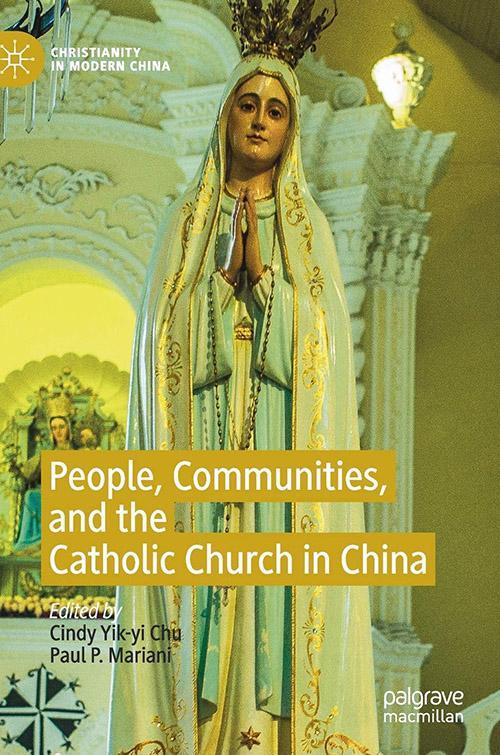 “This book explores the Chinese Catholic Church as a whole as well as focusing on particular aspects of its activities, including diplomacy, politics, leadership, pilgrimage, youths, and non-Chinese Catholics in China. It discusses Sino-Vatican relations and the rationale behind the decisions taken by Pope Francis with regard to the appointment of bishops in China. The book also examines important changes and personalities in the Chinese Church, the Catholic organizations, and the Catholic communities in the Church, offering a key read for researchers and graduate students studying the Chinese Catholic Church, the Church in Asia, and religion in contemporary China.”

Also, I was interviewed by the Trinity Broadcasting Network on Christianity in Asia. This is included in Part 5 of the series, "Inexplicable: How Christianity Spreads to the Ends of the Earth." This episode was aired on February 11th, and will repeat on the following dates: March 25, May 13.”