With funding from the REAL program, junior Adam Graham assisted in designing the DOxy device, inspired by his interest in computer science and his love of cars.

With funding from the REAL program, junior Adam Graham assisted in designing the DOxy device, inspired by his interest in computer science and his love of cars.

It is a common experience for students to feel pressure to have a plan after graduation or choose the career they want to pursue at a young age. It is important to remember, however, that it is perfectly feasible to turn your passions, whatever they may be, into a career path that is equally rewarding and practical. Adam Graham ’23 (Computer Science) discovered his passion at a young age and used it to explore related fields and gain experience in different areas. “For as long as I can remember, I have been obsessed with cars,” he says. “I turned that obsession into a driving passion for engineering and computer science.” With funding from the REAL program, Graham worked on a research project that allowed him to gain experience in the fields of computer science and engineering while still working towards his goal of one day working for a car company. 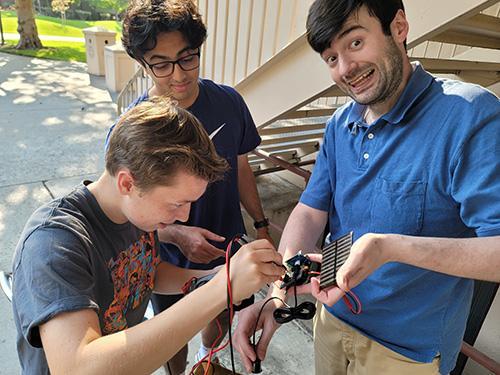 Graham was introduced to this research project by Santa Clara University’s Navid Shaghaghi (Mathematics and Computer Science). The project is centered around creating a low-cost, sustainable, and accessible device for measuring levels of dissolved oxygen in water which can negatively affect aquatic life if they become too high or low. This internet of things device, called DOxy, will work as an alternative to current measurement methods. “Through working with other dissolved oxygen meters, it became clear that a device such as DOxy was very much needed,” Graham says. “Current tools for measuring dissolved oxygen are clunky, expensive, and difficult to use. DOxy aims to solve that by being cheaper than the competition and being extremely easy to use.” As one of several student research assistants working on designing this device, Graham worked on tasks such as prototyping the PCB design, finding the best driver software, and testing the product. Currently, the device is still being tested and developed.

Graham’s knowledge from his computer science major as well as his personal passion for engineering allowed him to successfully take part in the design and development of this product. “Studying computer science and my background in hardware engineering influenced my work by being able to expect how the hardware would interact with the software and all the cool things or issues that could come up with that,” he says. “Without that knowledge, designing DOxy would have been much more difficult if not impossible.” 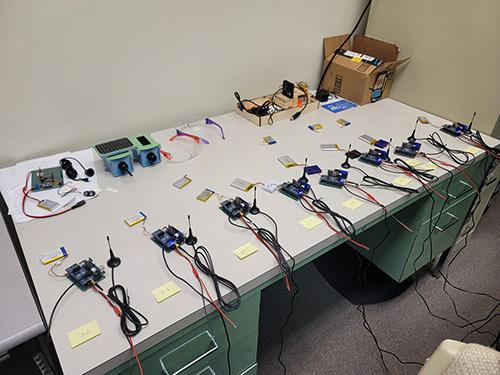 Graham's lifelong passion for cars has been his inspiration and motivation for working on this project and in engineering in general. “My love for cars and the engineering behind them is what drives me,” Graham says. “Seeing how the hardware, and in today’s world, the software behind them works so effortlessly together is incredible. I hope to one day be able to work for a car company and use Data Science to help make the cars of the future more reliable and functional than ever before while mixing in cool features like self-driving and incredible traction and stability systems.”

Graham recommends the REAL program to other students and encourages them to seek out opportunities that will further their learning and future career paths. “Please reach out to your professors and friends about opportunities like this!” he says. “The world is not going to reach out to you. You must be the driving force in your life.” Through the REAL program, Graham was able to gain experience in different types of programming and learn what he enjoys which will aid him in figuring out what to pursue after graduation. “The future may be daunting, but it is our responsibility to help shape it and turn it into the world we want it to be,” he says. “Together we can accomplish amazing things.”