Exploring the nuances and breadth of biomedical science

Health & Science Horizons at Santa Clara University is a series of events designed to enrich student, faculty, and community understanding of modern healthcare topics. Boasting dynamic and eminent speakers, the series features interdisciplinary programs aimed at inspiring an intellectual dialogue across campus and in our community. Health & Science Horizons brings out the best of a Jesuit education, reflecting Santa Clara’s institutional commitment to the pursuit of informed ethical discourse.

Health & Science Horizons is presented in partnership with the Gerald and Sally DeNardo Lectureship, the Markkula Center for Applied Ethics, and SCU Presents.

Containing the spread of disease and panic

Tackling an Outbreak: How SCU and the Santa Clara County Public Health Department Worked Together on Meningitis B 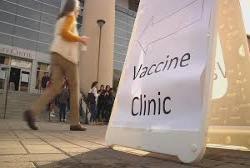 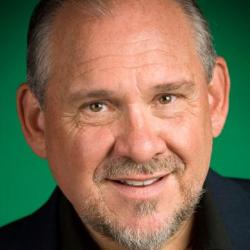 Gerald and Sally DeNardo Lectureship: "Innovations that Saved Humanity.” The boldest and bravest innovators have saved humanity from the world’s most nightmarish diseases. Who are these great minds? What are the innovations? What were their motivations? And what is next? Dr. Larry Brilliant, Chairman of the Skoll Global Threats Fund, is a physician, activist, and computer-networking pioneer, who describes himself as a social change “addict.” He played a key role in eradicating smallpox in India, with a career that spans medicine to VP and Executive Director at Google.org to founding president and CEO of the Skoll Global Threats Fund. Join him as he shares inspiring stories of courageous, cutting-edge, and often crazy ideas that have defeated the ills of mankind.

DeNardo Dialogue: The World Health Organization (WHO) declared on February 1, 2016 that the Zika virus, spread to people primarily through the bite of an infected Aedes species mosquito, is a public health emergency of international concern. Our inter-disciplinary panel discussion about the Zika virus situation around the world includes Kat Saxton and Laura Chyu from Public Health and Margaret McLean from the Ethics Center. The discussion will include epidemiology of microcephaly associated with the virus, implications for women's reproductive rights in countries associated with Zika, and ethical perspectives. Christelle Sabatier, Lecturer in Biology, will moderate the discussion. 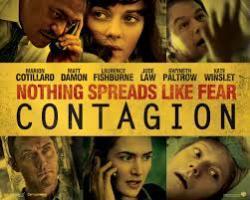 The Art of Science: The 2011 film starring Matt Damon, Kate Winslet, Jude Law, and Gwyneth Paltrow follows the rapid progress of a lethal airborne virus that kills within days. As the fast-moving epidemic grows, the worldwide medical community races to find a cure and control the panic that spreads faster than the virus itself. At the same time, ordinary people struggle to survive in a society coming apart. Contagion (106 minutes) is a Warner Bros. film. Talkback immediately following the film with Lawrence Nelson, Associate Professor of Philosophy, and H. Westley Clark, Dean’s Executive Professor of Public Health.