"Go and Do Likewise"

Guillermo Cuéllar is a Salvadoran composer and colleague of the late Archbishop Oscar Romero, as well as numerous religious and lay people killed during the Salvadoran Civil War. For writing and composing what the Salvadoran military called “inflammatory rhetoric”—songs that echoed Archbishop Romero’s urgings to end the war and bring justice to the oppressed, Cuéllar narrowly escaped death himself.

Through generous support of the Spohn Grant, I had the opportunity to reflect with Cuéllar on his music. He shared: “I’ve always had the idea of projecting an image that was painful, but, in the end, carried a message of hope—the message of Jesus.”

Cuéllar’s songs indeed express a pain of loss. In a song called “Aguilares,” he recounts the death of Fr. Rutilio Grande, S.J. in 1977: “Death kicked you in the face...the beast...devoured you.” Yet, he ends with a message of hope: “It will be the voice of the prophet, not the cry of the war, that all will heed.” Cuéllar’s music is strikingly relevant today, in a world full of violence and injustice; I wish to share it, as well as my own compositions, many of which have been inspired by my studies and immersion in El Salvador, more broadly.

Underwritten by the William C. Spohn Religion and Public Life Grant, I created a set of 20 songs in bilingual sheet music format. Several have now been used in university liturgies at the Santa Clara’s Mission Church, most notably during our recent commemoration of the 25th anniversary of the Jesuit and lay person martyrs of El Salvador. SCU Spanish professor, Marc Accornero, assisted with translations, and I received feedback from Cuéllar and SCU composer, Gregory Dale Schultz, as well. One piece I composed, “Alleluia, Praise to the Savior,” echoes the spirit of Professor Spohn in a particular way. “By his love, Christ calls us to be sowers of peace; each of us to our own ability.” In fall 2015, I will begin an M.T.S. program at the Jesuit School of Theology of Santa Clara University and plan to explore ways this, and related music, can inspire justice and community building locally and internationally. 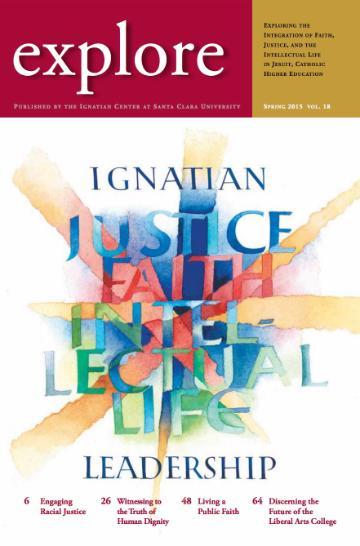