Kelly Crowley ’99 is a two-sport Paralympic medalist, a retired professional cyclist, and an accessibility evangelist. She joined Visa almost three years ago through the Olympian & Paralympian Business Leadership Program, and is currently working as a user experience researcher and the lead evangelist on Visa's Accessibility Team.

Prior to working for Visa, Kelly was a self-represented athlete and small business owner, speaking all over the country on topics related to disability-inclusion. She has been a middle-school PE teacher and director/head coach of a high school swimming program. She has also run clinics for a variety of audiences on Para sport development.

Prior to that, Kelly spent nearly a decade working in a variety of roles in the non-profit sector. She has a master’s degree in public policy and is currently pursuing an MBA in business intelligence.

Kelly was born with a “funny little arm.” She has been an athlete all her life, playing many sports growing up, including high school basketball. She had an opportunity to swim with a Division III college program, but turned it down when a friend told her the Olympics were for “people with natural talent.”

Over the course of her professional athletic career, Kelly won numerous National Championship titles in both swimming and cycling. As a swimmer, Kelly held two world records, competed at the 2003 FINA World Championships, and won two gold medals at the 2004 Paralympic Games in Athens.

As a cyclist, Kelly was a World Champion time trialist in 2007 and raced professionally with Primal/Map My Ride women’s team in 2012. Kelly won two bronze medals in cycling at the London 2012 Paralympic Games despite breaking her collarbone in a professional race five and a half weeks before the Opening Ceremony.

Kelly collaborates with numerous sport organizations in Northern California to provide competitive sport opportunities for youth and adults with disabilities. She is married to a cyclist/lawyer/chef. They live with two cats, one of which sleeps all day, while the other would play all day if the humans would stop working and throw toys. 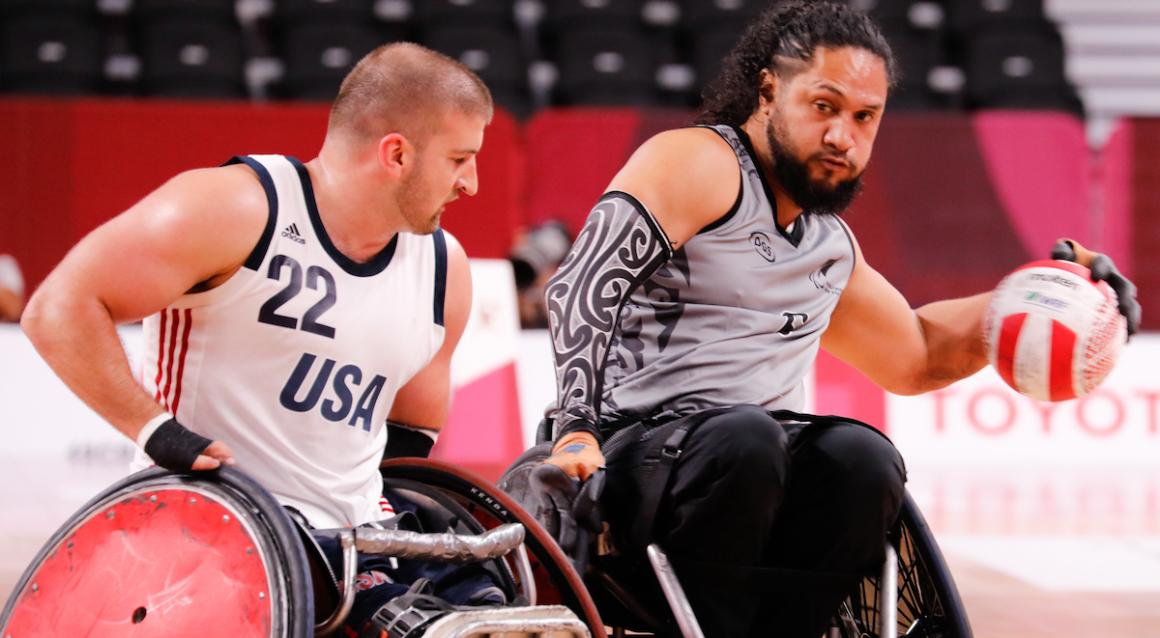 The Power of the Paralympics

Author image link to article
My grandmother was a home-owning single-mother-of-two in an era when it wasn't socially acceptable for women to do those things alone. I grew...
Read More

Can You Reduce Stress with a Minimalist Life?

Author image link to article
Does each and every item in your home “spark joy” for you? This is the fundamental question that organizing consultant Marie Kondo asks her clients. Never mind...
Read More

Author image link to article
As robots come for our jobs, the global population continues to grow, and the climate changes, the workforce will eventually resemble the elite...
Read More

How to Beat a Bully

Author image link to article
When I was in middle school, no one used the word “bullying” to describe the treatment I got from my classmates. What we might now call bullying...
Read More

Author image link to article
If you couldn’t feel the pain, would you be willing to break a bone in your body or drive a nail into your foot for the sake of winning the Olympics? One British...
Read More

Rio Games: Would I Go?

Author image link to article
The sky is apparently falling in Rio de Janeiro as the Olympics and Paralympics draw near, and reporters are suggesting this could be the first failed...
Read More

Author image link to article
The first time the anti-doping officials knock on your door at dawn it feels like an honor. Long before the realization sets in that some athletes' drug...
Read More

Why Is Martha Stewart So Excited About Cleaning?

Author image link to article
“There are few rites of spring more satisfying than the annual clean,” says Martha Stewart. She must be kidding! I can think of few things more...
Read More

Why we Should Celebrate Women in Sports

Author image link to article
Every time my rollerblades went clickety-clack on the tiles in the Graham 100 lobby at 1 a.m. for those blissful night skates on Alameda mall...
Read More

How A Gratitude Journal Changed My Life

Author image link to article
'Tis the season of gratitude. Are you posting daily bits of gratitude to your Facebook feed? Does a habit of gratitude make you more satisfied...
Read More

Author image link to article
San Francisco Giants third baseman Matt Duffy has good advice: Don't look up. Not to the stands and not to the big name athletes who arrived...
Read More

Why You Should Listen to Your Inner Voice