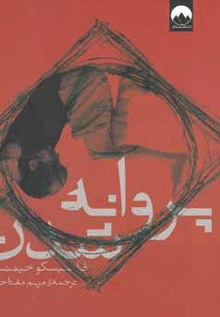 Francisco Jiménez’s autobiographical book, The Circuit: Stories From the Life of a Migrant Child, was published in Persian by Teharan Afarinegan Publising in Teharan.

His story “Under the Wire” was included in The Penguin Book of Migration Literature, Edited by Dohra Ahmad, Penguin Books (an imprint of Random House), 2019.

He was recently appointed to the Advisory Board of La Raza Historical Society of Santa Clara Valley.

He has also given various virtual presentations.  One on his book, Breaking Through, to all first-year students at Los Gatos High School on September 16. His book had been selected for their summer reading. Additionally, Jiménez delivered, virtually, the Hispanic Heritage Month Lecture at Hope College in Holland, Michigan on Sept. 23. He also presented virtually on his writing at the Gilroy Public Library on October 3; and presented on his book, The Circuit, for students and staff at Harris and Driscoll middle schools and at North East School of the Arts in San Antonio, Texas on October 8.