The elections bring to 49 the number of members of the governing body that helps set strategies and priorities of the 167-year-old private University.

“Santa Clara is pleased to welcome our newest trustees, who bring wonderful life experiences to help shape Santa Clara at a truly pivotal time.” said President Michael Engh, S.J. “Their strong roots in the worlds of sports, philanthropy, and education will contribute greatly to our goals to grow in value to our students and to the broader world.” 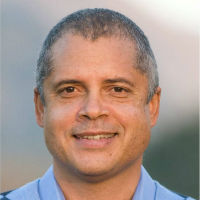 Bill Duffy ’82 might be best known to his fellow Broncos for being the longtime, highly valued agent to one of SCU’s most illustrious alumni—NBA All-Star guard and basketball Hall of Famer Steve Nash ’96. As chairman and CEO of the powerful BDA Sports Management, which he founded over 30 years ago, Duffy is one of the most successful and respected agents in professional sports. He represents more than 40 NBA players, including 34 first-round picks, 20 Lottery picks, and six number one overall draft picks. He currently represents more than 80 professional basketball players in eight different countries around the world.

He was also a standout basketball player in his own right. He transferred to Santa Clara before the 1981 season after starting his career at the University of Minnesota. He was named Santa Clara’s 1982 Scholar Athlete of the Year and, as a senior, was the team’s leading scorer and was named to the District VIII All-Academic Team. He was selected in the fifth round of the 1982 NBA draft by the Denver Nuggets and in 2003 he was inducted into SCU’s Athletic Hall of Fame.

Duffy previously has served on the boards of numerous educational, health care, and charitable organizations including the I Have a Dream Foundation and Brain Trust Committee to support brain research at Cedars-Sinai. He was also selected to the Martin Luther King Jr. International Board of Renaissance Leaders at Morehouse College. Bill and his wife, Jamese, live in Walnut Creek, California and have five children.

“It is a great privilege to join the leadership echelons of my alma mater, and help the University achieve its vision of bringing its world-class education and ethical and social-justice priorities to a larger, global audience,” said Duffy. 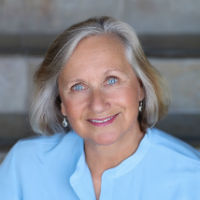 From the moment she stepped foot on campus, Sue Valeriote ’77 set into motion what would become a multi-generational dynasty of Bronco support and ambassadorship. First, her father, Richard Valeriote struck up a friendship with then-President William Rewak, S.J., after which Richard Valeriote and his wife Polly joined the Board of Regents. They helped raise funds for SCU projects including scholarships and endowed professorships focused on improving Santa Clara’s regional and national prominence.

Meanwhile, shortly after graduating with a B.S. in biology, Sue Valeriote began her own journey of support for SCU, both financially and through her enthusiastic support of the the Department of Biology, including a scholarship to science majors, and later serving for 12 years on the Board of Regents, half on the executive committee. The Bronco legacy also includes Sue’s brothers Chris ’82 and Patrick Valeriote ’83 and one of her three children, son Mikey Goldman ’12.

Valeriote received an additional B.S. in nursing from the University of San Francisco, and an M.S. in nursing at UCSF. She worked as a pediatric nurse practitioner at UCSF and Children’s Hospital Oakland in pulmonary medicine. She worked as an assistant clinical professor at USCF in pediatrics for a time, as well as having students at Stanford’s Lucile Packard Children’s Hospital. She also partnered with her husband, noted tech executive Ken Goldman, in their philanthropic pursuits.  Goldman, the former CFO of Yahoo who helped navigate its sale to Verizon in 2017, has been a member of the Leavey School of Business Advisory Board since 2006.

Together, they have supported numerous initiatives in the field of public health at SCU, including the three-year Valeriote Goldman Symposium on Public Health and Social Justice,  and a new Public Health Leadership Fellows Program which provides leadership development, stipends, and mentoring to up to eight students annually for experiential learning and mentoring by accomplished local public health professionals. Susan is also on the Program Counsel for SCU’s Public Health Program.

Valeriote has continued to devote her time on the UCSF Graduate School of Nursing Dean’s Council and Advisory Board as well as the UCSF Alumni Association. The couple is extremely active in philanthropies beyond SCU, including Cornell University, where Ken was a member of the Board of Trustees, and the Ronald McDonald House at Stanford.

“I am looking forward to serving as a trustee of this University, which has been a huge part of my life for almost 45 years,” said Valeriote. “I am energized by the notion of helping to bring Santa Clara’s world-class education and focus on Jesuit values to an ever-larger number of future students through the University’s comprehensive campaign and beyond.” 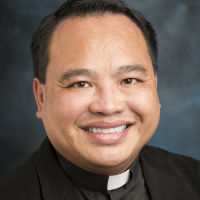 Vu is currently the assistant dean of students at Loyola Marymount University, a post he has held since 2012.

Vu completed his philosophy studies at St. Louis University and worked and taught at Regis University in Denver for three years prior to receiving his master’s in divinity (M.Div.) and licentiate in sacred theology (S.T.L.) from Santa Clara’s Jesuit School of Theology.

In addition to his role as assistant dean of students, Vu is a lecturer for the Department of Psychology and Asian Pacific American Studies, and is the director of LMU’s Student Affairs’ Mission and Identity Committee, as well as the chaplain for the Athletics Department.

“I am delighted to join the board of trustees for Santa Clara University, and help a fellow Jesuit institution achieve its mission of shaping future leaders of conscience, competence, and compassion,” he said.