The University Orchestra’s March 2 concert will feature the winners of the Music Department’s 2018-19 Concerto and Aria Competition. Four seniors who are members of the University Orchestra will be featured as soloists with the orchestra. Ashley Ahn will perform the Wieniawski Violin Concerto No. 2; Anne Hsia will be featured in Tchaikovsky's Piano Concerto No. 1; P.J. Hummelt will be performing the Horn Concerto by SCU Orchestra conductor John Kennedy; and Garrett Woodford-Berry will be the soloist in Elgar’s Cello Concerto.

These wonderful musicians lead very full lives in multiple activities in the SCU community and have a diverse array of majors in their studies. Let’s get to know them!

Ashley Ahn (violin) is a senior, double-majoring in Biology and Public Health Science. She began playing the violin at age eight and is currently studying with Professor Motoko Toba. She is the Assistant Concertmaster of the SCU Orchestra and was a member of the KAMSA Youth Symphony Orchestra and the Silicon Valley Volunteer Orchestra. Ashley also toured Western and Central Europe with the El Camino Youth Symphony. Aside from music, Ashley is a Research Assistant to Dr. Jamie Chang and Dr. Sonja Mackenzie in the SCU Department of Public Health. She also works at CCRM San Francisco and administers newborn hearing screenings at Stanford Children’s Health. 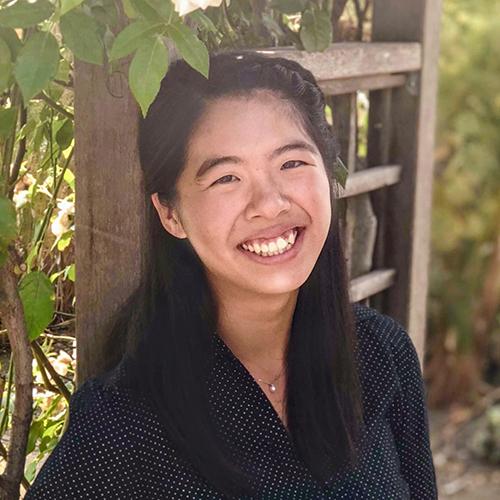 Anne Hsia (piano) is a senior studying Mathematics and its various forms: aesthetically in Music, and applied through Electrical Engineering. She started playing piano at age five and currently studies with Hans Boepple. As a second-time winner of the Concerto/Aria competition, she has also been an MTAC Concerto competition 1st Alternate and Certificate of Merit Panel Finalist. She has performed at graduations, weddings, and receptions, and enjoys musical collaboration as a member of the Four Strings Quartet, the Double Major Trio, and as Principal Violist of the SCU Orchestra. Anne would like to thank God for the strength, ability, and opportunity to share this beautiful piece of music, and her family and Professor Boepple for their continuous love and support. 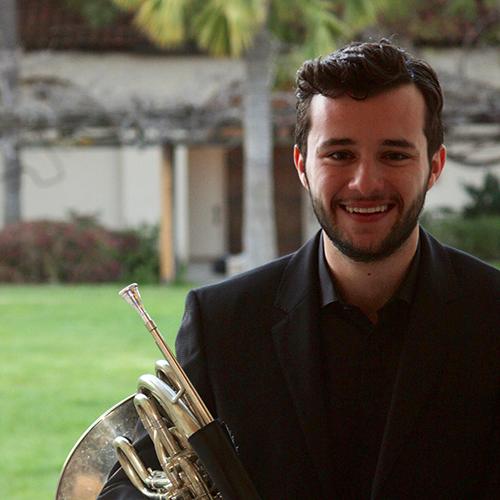 Born and raised in Portland, Oregon, PJ Hummelt (horn) is a senior here at Santa Clara where he is majoring in Economics and minoring in Music.  Having started his musical studies with piano, he began the French Horn in fifth grade where he was a pupil of Larry Johnson, professor of horn at Oregon State University.  Before coming to SCU, PJ played Principal Horn in the Portland Youth Philharmonic for three years, which inspired him to continue studying music in college. Outside of class, he is an active member of the Santa Clara Community Action Program, where he works as the Department Coordinator for the Education and Mentoring Department. 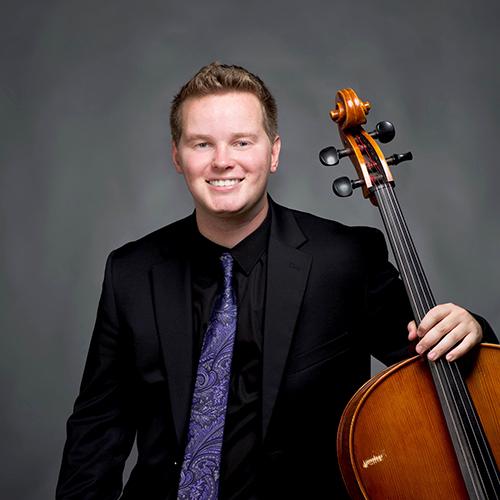 Garrett Woodford-Berry (cello) is a senior at Santa Clara University pursuing a double major in Computer Science and Philosophy. He has studied cello for thirteen years and currently studies with Frédéric Rosselet. He is principal cellist of the SCU Orchestra, previously was principal of the San Jose Youth Symphony, and has been a member of numerous ensembles including the California Youth Symphony and Stanford Summer Orchestra. He has participated in orchestra tours traveling across Europe. In 2015, he finished in second place in the Lewis and Clark College Concerto Competition and in 2016 was a winner of the SCU Concerto Competition. He was also an Emerging Artist Fellow for Chamber Music Silicon Valley for the 2017-2018 season. Garrett would like to dedicate this performance to Li L. Sebastian; may he shine on as bright as 5000 candles in the wind.