Nico Opper, assistant professor of communication, has been recognized for artistic excellence by the Fleishhacker Foundation

Nico Opper, assistant professor of communication, has been recognized for artistic excellence by the Fleishhacker Foundation

Assistant professor in the Department of Communication, Nico Opper (pronouns: they, them, she, her), has been named a Eureka Fellow by San Francisco’s Fleishhacker Foundation. An Emmy-nominated filmmaker, Opper is one of only 12 Bay Area visual artists to receive the Fellowship.

Accompanied by $35,000, this prestigious award offers unrestricted support that will allow Opper to focus on their multi-award-winning filmmaking, which centers on the voices of young people and examines how they forge their identities in a time defined by globalization, consumerism, media connectivity, and vast economic and social inequalities. Opper is interested in the relationship these individuals have with their environments, as they increasingly reject labels and blur categories of race, sexuality, and gender.

“An unrestricted award intended to support ‘creative time’ is like a magical unicorn,” Opper states. “It’s incredibly validating. It means that during the next few summers, when I'm not teaching at SCU, I can focus exclusively on developing my next film.”

What will the next film be on? Opper says they are focused on hyper local stories about the people of Oakland and the East Bay. They are about to enter production on a virtual reality documentary set in Berkeley about gender justice in early childhood education, which they’ll do in collaboration with SCU Public Health professor Sonja MacKenzie.

Throughout their creative process, Opper strives to include students. Last summer three from Santa Clara University were involved with the production of WHEN I WRITE IT, a short film about two young and gifted artists of color in Oakland, which will premiere at the Tribeca Film Festival later this spring. Co-directed by Opper, the students filled important roles in the filmmaking process – Kaitlyn O’hara ’19 (Communication) as production manager; Michelle Yau ’19 (Communication) as assistant cameraperson; and Michelle Wang ’20 (Marketing with Digital Filmmaking minor) as set photographer and production assistant. 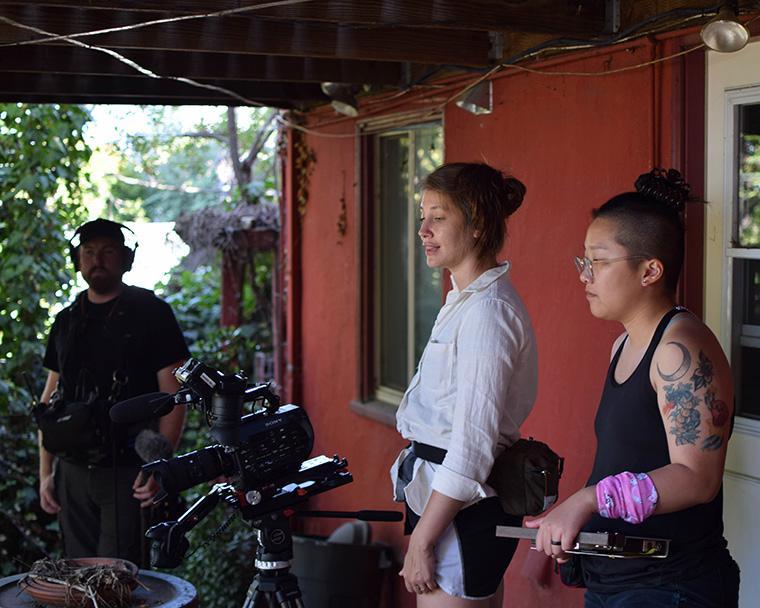 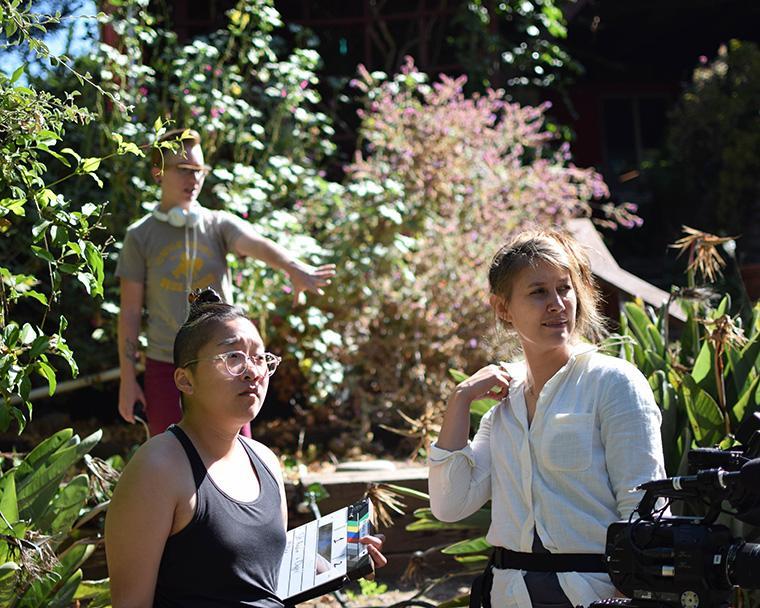 “All three SCU students were professional, hard-working, intelligent individuals who showed up early each morning ready to make a movie. I look forward to more collaborative work with the talented students I’m getting to know at Santa Clara.”

The Fleishhacker Foundation noted that Opper’s work has screened at The Tribeca Film Festival, Los Angeles Film Festival, AFI Docs, Guadalajara Int’l Film Festival, Mill Valley Film Festival, and DOCS MX and has won Best Documentary and Audience Awards at Outfest, Silverdocs and Ann Arbor Film Festival. Their feature films have been broadcast nationally on P.O.V. and World Channel, and their recent series was nominated for a Gotham Award and an IDA Award. Opper is the recipient of a Fulbright Fellowship and has been featured in Filmmaker Magazine’s annual 25 New Faces of Independent Film, Indiewire Magazine’s, 25 LGBT Filmmakers on the Rise, and DOC NYC’s 40 Under 40 list of documentary talents. In addition to their work at Santa Clara University, she is creative director of the BAVC MediaMaker Fellowship, currently working on a short hybrid film about teenage Oakland musicians wrestling with gentrification.

The largest cash prize for individual artists in the Bay Area, the Fleishhacker Foundation’s Eureka Fellowships are selected based solely on artistic merit evidenced by previous work, and are designed to help artists continue making work by supporting more uninterrupted creative time. In addition to providing cash support, the artists’ works have been exhibited in shows at the San Jose Museum of Art, Berkeley Art Museum, and the San Jose Institute of Contemporary Art.

About the Fleishhacker Foundation

The Fleishhacker Foundation is a family foundation located in San Francisco, California. It was established to improve the quality of life in the San Francisco Bay Area. The Foundation makes grants to local, community-based organizations through two main programs: Arts & Culture and Precollegiate Education. Arts grants are made to support artistic efforts across an array of disciplines, including dance, music, theater, and film as well as visual, media, and interdisciplinary arts. Education grants are awarded to Bay Area organizations to support K-5 literacy programs serving disadvantaged public school students. The Foundation also offers unrestricted support to visual artists in the Bay Area through its Eureka Fellowship Program. For more information visit www.fleishhackerfoundation.org.