Roman JohnDoza finally gets his in at the Oakland Zoo 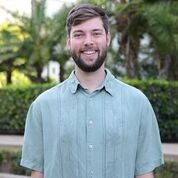 2016. Roman JohnDoza at the culmination of his CivicSpark-Americorps service year, managing projects with the City of Benicia

Roman JohnDoza finally gets his in at the Oakland Zoo

Roman JohnDoza '14 (Environmental Studies, Political Science) moved to Oakland in 2015, and being a part of the Oakland Zoo was a long sought-after dream, many years (and many emails!) in the making. The Oakland Zoo is world-renowned for both its outward-facing conservation work as well as its internal animal welfare practices, earning it the esteemed AZA Accreditation since 1988, a process evaluated every 5 years. As an Education Specialist, Roman will be learning about and sharing his deep passion for animal connection, ecosystem dynamics, conservation strategies, and our place within those fascinating realms with all who will listen.

After graduating, Roman worked as an Arborist before becoming involved with The SCA and CivicSpark. While conservation was always the beacon, there were also many detours along the way, including bands, movies, and an Artist in Residency at The Gregangelo Museum. As a mixed-race, environmentally-focused artist and citizen, Roman is so proud of being a part of so many meaningful organizations that are contributing substantive educational and philosophical value to the community. Roman also works as a part time Box Office Associate at the Aurora Theatre in Berkeley while continuing to pursue his musical, literary, and artistic aspirations.

“While my interests are all over the map, I knew there was a formula for me to put all the pieces together. I often felt like a fish out of water in every arena, but I’m so glad I stuck to that vision. To be where I’m at is surreal. I owe so much to the professors who helped turn a spark into real, tangible, achievable aspirations. Everything from mayflies to alleles; philosophizing sentient life through animal eyes; racial politics and environmental justice; discovering the poetry of natural history writing; these experiences shaped my journey. I feel like I have come full circle.”