Discovering the Impact of Research

For many students, doing research in a lab on campus is a defining part of their college experience. Working directly with faculty on their research often introduces students to areas of study or potential career pathways previously not considered. And Santa Clara University is no exception. Seniors Natalie Rovero (Neuroscience and Psychology), Christian Jimenez (Biochemistry), and Riley Scherr (Anthropology and Biology) have discovered the many ways research can benefit the scientific community and have each contributed to their fields of study—from looking at neural pathways and peptoids to exploring effects of fieldwork on agricultural workers. This, in turn, has helped shape the career paths they plan to pursue. Due to their dedication and exceptional work in undergraduate research, these three seniors have been awarded the 2021 DeNardo Senior Prize. 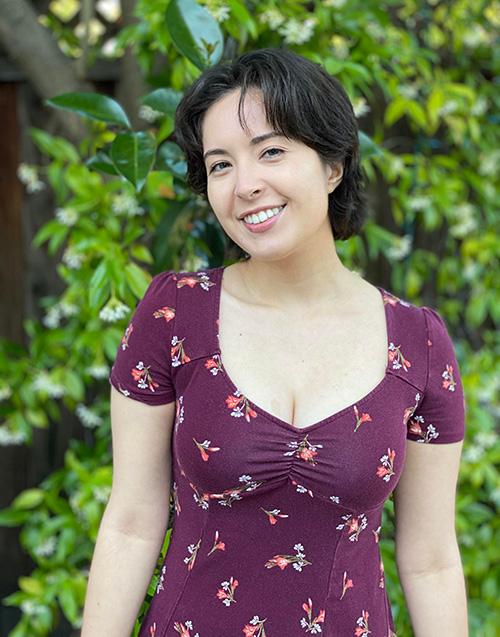 Natalie Rovero is excited to have received the award because it represents that the work she has done in Lindsay Halladay’s (Psychology) lab in the Neuroscience Program at Santa Clara has made a positive contribution to the field. “It’s always been a goal of mine to help answer those questions in science we don’t yet have answers for, and this prize is representative of my beginning to achieve that,” she says. A double major in neuroscience and psychology with an interest in clinical psychology, Rovero has sought out experience in both research and practice to prepare herself for her future career where she would like to conduct clinical research for neurodevelopmental disorders.

Rovero has been involved in the Halladay Lab for several years, which has been an incredibly valuable experience for her. She has had the opportunity to work on several important projects and gain experience using varied methodology. Her research is focused on the effects of developmental trauma on a region of the mouse brain. “We do a lot of work investigating specific neural circuitry and its relationship to behavior,” she explains. “It’s important to understand how environmental factors—stress, for example—could potentially affect the functioning of neural circuitry. And so investigating where exactly in the brain these changes occur is the first step for potentially developing targeted treatments later down the road.” Rovero has co-authored three publications on this research, an accomplishment that will certainly aid her future goals and help in her transition into a clinical psychology Ph.D. program. As much as she has enjoyed working with mice in the Halladay lab, Rovero would like to find a research position working with people in the future. 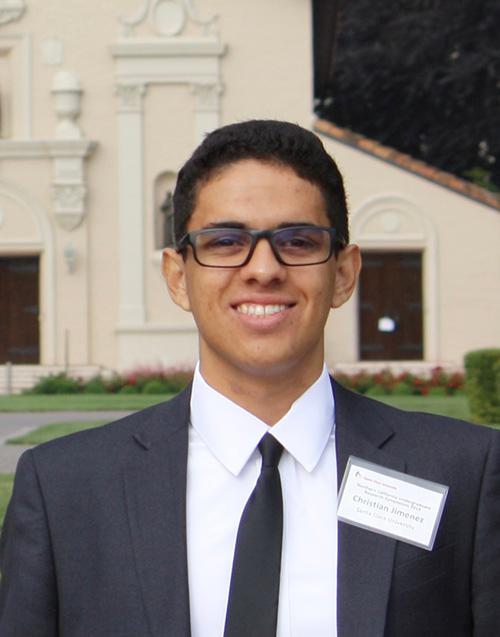 Christian Jimenez received the prize for his exceptional work in Amelia Fuller’s (Chemistry and Biochemistry) lab where he researches the structure and function of peptoids. He has co-authored three papers on the subject which led to his senior thesis project. For this, he researched how a certain structure sequence relationship affects the ability for a small molecule to interact with itself and how this affects its three-dimensional shape. “As a result of it, we have identified a few bigger molecules that we now test with smallers ones to see how they associate with more drug-like molecules,” Jimenez explains. The goal is to see how these molecules interact with commonly used over-the-counter drugs.

Since more advanced data analytics apply to this research, Jimenez is working on new approaches to data analysis that will be more efficient for other productions of molecules in the future and will allow researchers to see more intricate details. “I’m building a data analysis program that can highlight some really cool and important structural features that are related to sequences that we couldn’t normally see if we were just using an Excel program,” he says.

As a DeNardo Science Scholar since 2019, Jimenez has received funding and support from the Gerald and Sally DeNardo Science Scholars program throughout his research experience. After all this time working in the lab, he was thrilled to receive the senior prize for his accomplishments. “It's an honor to be recognized for the amount of work I've put in over the last three years,” he says. “When I reflect on my experience at Santa Clara, research is a huge part of it. I was really ecstatic to know that I got the prize, and even more excited to know that my best friend got it too.” 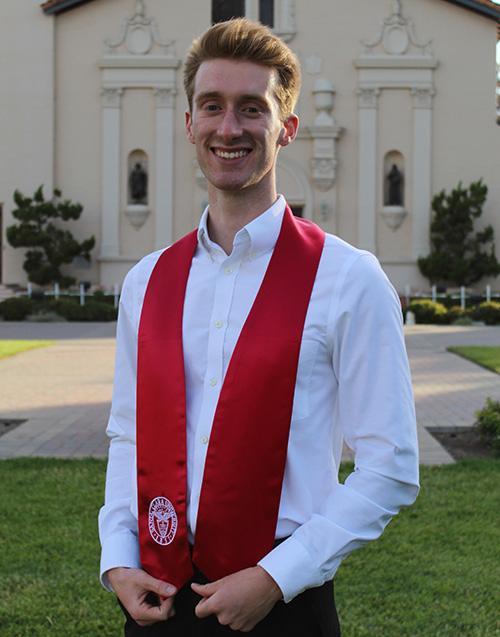 Riley Scherr got the email that he had received the senior prize at the same time as Jimenez, and they could hear each other celebrating from across their house. Like Jimenez, Scherr has also been a DeNardo Science Scholar since 2019, but his research has been focused on a very different topic. Scherr is an anthropology and biology double major, and contrary to what would be expected, he decided to conduct his research in anthropology with his two mentors from the Anthropology department, Michelle Bezanson and Robin Nelson. However, he is certainly using both disciplines in his research. Scherr has written a manuscript and submitted it for publication at American Anthropologist, and that has been purely anthropological work. But, the project has evolved to be more focused on quantitative data which has allowed him to use his biological knowledge and skills.

This research project for which Scherr is being recognized by the senior prize is very close to his heart. It is focused on agricultural workers in his hometown, a small community along the Central Coast. “Fieldwork and farmwork are very difficult and brutal on the body,” he says. “Just living in the community you can see those effects on people.” Scherr noticed that these effects were accepted by his community as a necessary cost to the work they were doing. So, with the help and support of his mentors, he began a project where he could study whether these health costs were actually inherent to the work, or whether they were social and contextual. To collect qualitative data, he interviewed workers, asked about their health experiences, and heard their perspectives about what it’s like working in the fields. “In a more quantitative sense, we took saliva samples so that we could run enzyme assays back in the lab and see if the reports that we were seeing and the qualitative data were corroborated by levels of inflammatory markers in the saliva,” he explains.

“It’s hard to predict where I’ll end up, but this experience has been really encouraging, just seeing that there are opportunities for impactful research in your community that can work towards equity,” Scherr says. His plans for his future begin with attending medical school. Jimenez will also be applying for medical school after working as a junior specialist in the Okada Lab at UCSF for two years. And as mentioned before, Rovero will be pursuing a research position working with people and attending a clinical psychology Ph.D. program. All three recipients of the DeNardo Senior Prize have promising futures ahead of them in the health sciences, and their research experiences at Santa Clara have prepared them for success.

Established in 2007 to complement the Gerald and Sally DeNardo Lectureship, the DeNardo Senior Prize is given by the Dean to recognize outstanding science research accomplishments by a graduating senior who reflects the distinctive characteristics of a Jesuit education and is pursuing a career in the health sciences.