The Political Science Department congratulates the following graduating seniors for their outsanding academic achievement and service to the community.

Established by the University in 1980, this honor is conferred annually on a graduating senior selected for outstanding academic achievement and University service as determined by the president in consultation with the faculty of the University and the provost.

Haley is from San Ramon, CA and is graduating with a double major in Political Science and Ethnic Studies with a minor in Religious Studies.  A member of the University Honors Program, Haley has distinguished herself by maintaining a 3.94 grade point average while being actively involved in the campus community.  In her junior year, Haley attended the University of Oxford where she studied equity and power after being awarded the Mansfield Visiting Student Scholarship. Following graduation, Haley will continue working as a research assistant while applying to graduate programs. 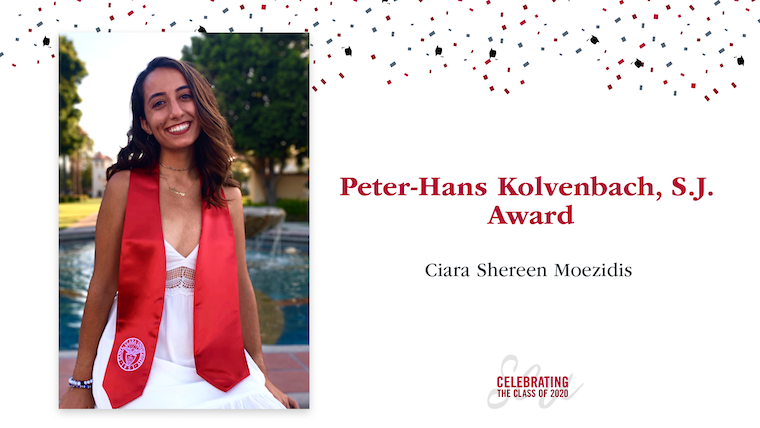 The Peter-Hans Kolvenbach, S.J., Award is given by the President of the University to a graduating senior who exemplify the ideals of Jesuit education, especially being “a whole persons of solidarity in the real world” and having the courage and faith to build a more just and humane world.

Ciara has made valuable contributions to the campus and has personally aligned her involvement with the Jesuit values of SCU. She has led to ensure student voices from all walks of life were not just being heard but uplifted. She has advocated on behalf of her peers and has led as the President of the Associated Student Government (ASG) during a most unusual and challenging year.

Prior to being President, Ciara served ASG as a class senator, a Community Facilitator, Co-founder of IGNITESCU, served as a Political Science Peer Advisor and deconstructed stereotypes and stigmas through the #BroncoPosi initiative. After graduation, Ciara will be attending Harvard Divinity School to pursue a M.T.S. in Religion, Ethics, and Politics as a Dean's Fellow. 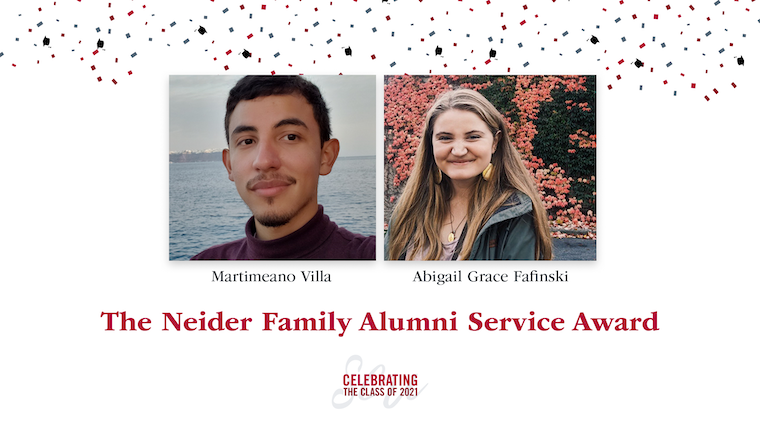 Martimeano is from Toppenish, Washington and will begin a two-year program as a Teach for America Fellow in Ohio this fall. During his time at SCU, he worked as a peer educator for SCU's first-generation LEAD Scholars Program and a writing partner in the HUB Writing Center. In summer of 2019, Martimeano served as an SCU Global Fellow in Cochabamba, Boliiva where he raised over $4.000 to expand programming for underserved youth.