Following the decline of the California mission system, the land once belonging to the missions was divided into parcels and distributed, primarily, to California-born Mexican families. These vast expanses of land were predominantly used as cattle or sheep ranches, called ranchos. At Mission Santa Clara, this process began in 1836.

The de Saisset has developed a collection of Rancho Period objects that hint at the routines of daily life on the California ranchos. Lariats, spurs, a cattle brand, and farming implements speak to the activities of the people who worked the land. Meanwhile, an impressive suite of portraits of the Pacheco family by Italian painter Leonardo Barbieri illustrate the lifestyle and clothing of the land owners. An important group of paintings, the portraits are included in the Catalog of American Portraits (CAP), maintained by the Smithsonian's National Portrait Gallery. The CAP preserves records of historically significant American portraits—one-of-a-kind portraits of notable American subjects or by notable American artists. 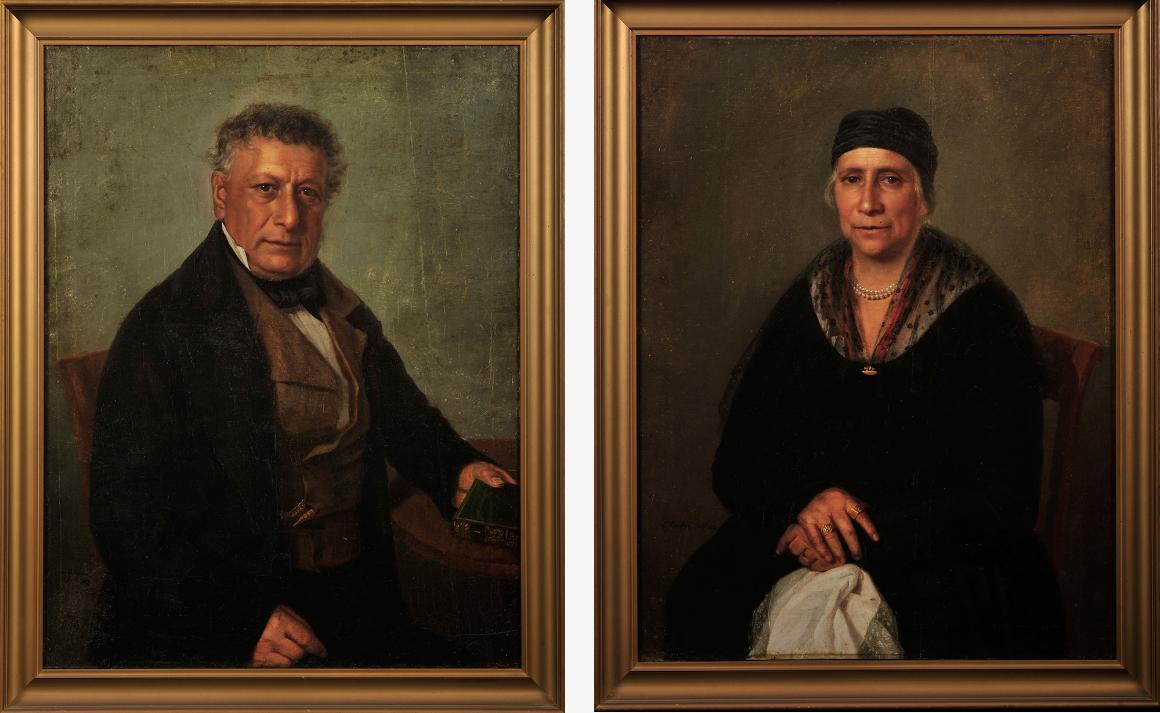 Portraits of Francisco Pérez and Feliciana Estada Pacheco painted by Leonardo Barbieri in 1852.