The de Saisset's collection of Mission-era liturgical vestments is among its most significant historical holdings. The collection, which houses more than 100 pieces, includes rare, historical ecclesiastical garments and liturgical accessories from Mission Santa Clara de Asís that date from the 17th century to approximately 1920. The collection is remarkably well-preserved—some objects in nearly pristine condition—making the de Saisset's collection of vestments nearly unparalleled.

Approximately one third of the vestments in the collection are European (French or Spanish) and date from 1650 to the late 18th century. Nearly half of the vestments were sewn in Mexico from silk brocade and damask imported from China and the Philippines. A portion of these pieces date from the early 20th century, however others were likely brought from Mexico to Alta California by the Spanish padres who founded the California missions. Funeral vestments dating from the 18th and 19th centuries, thought to have been sewn by the Native people living at Mission Santa Clara, comprise the remaining portion of the collection. 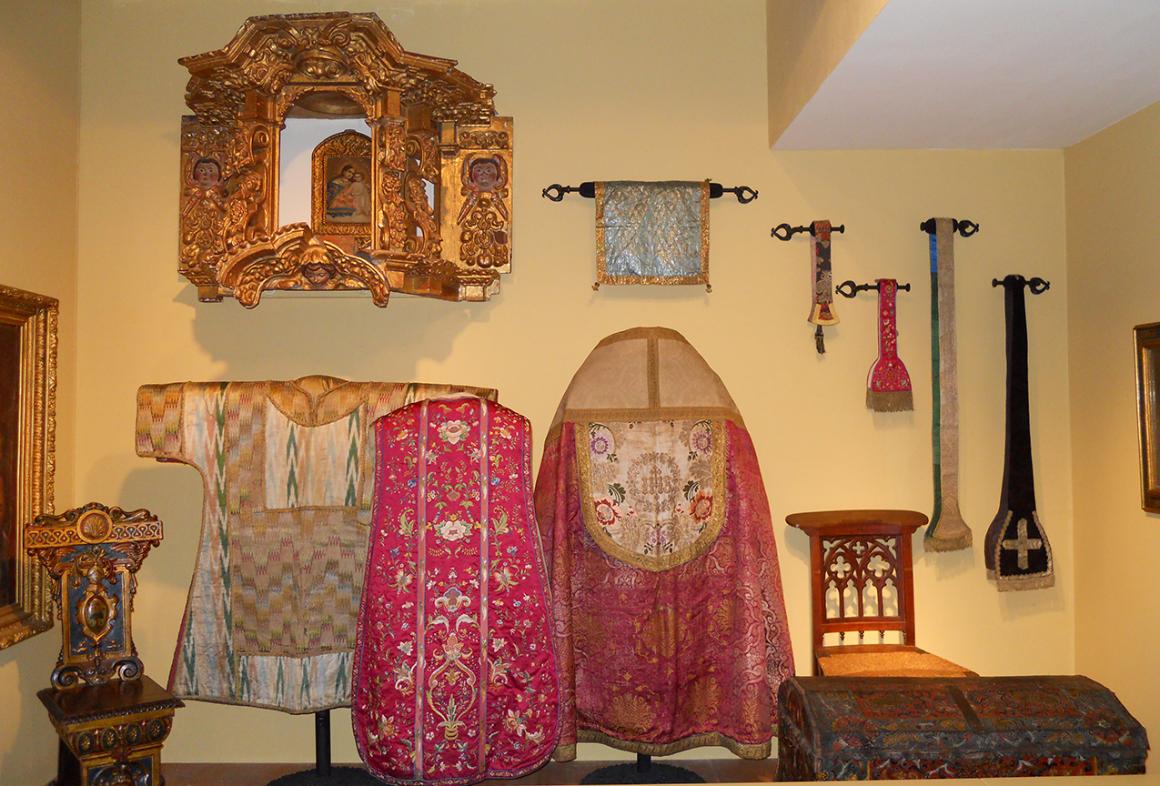 A selection of Mission-era liturgical vestments from the de Saisset's collection.