Here are stories from our Art and Art History alumni and what they have been up to. We would love to hear from you! 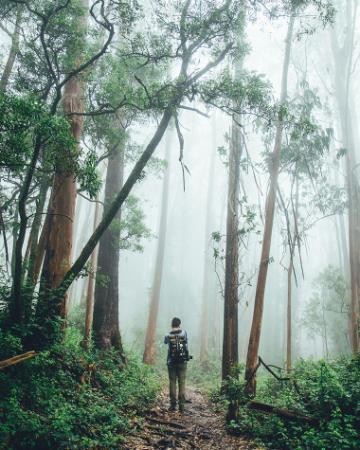 These days, I work for an ad agency, but still love exploring the Bay Area's more nature-y environments, from Sutro Forest in San Francisco to Davenport Beach in Santa Cruz, taking pictures for Instagram and my personal website.  On the weekends, I like to go on mini photo adventures with my friends and see a California different from the one everyone is familiar with.

As of June, 2015, I will be enrolled in the Stanford Graduate School of Education teaching program. Meanwhile, I’ve been working for the Sign Team at Trader Joe's in the Town & Country shopping center in Palo Alto. 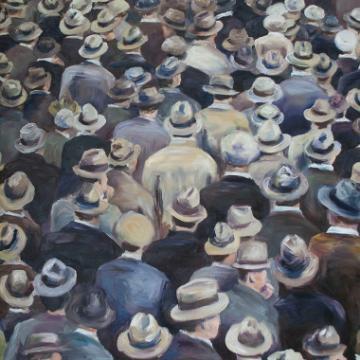 Since graduating from SCU, I've been featured in several group shows throughout Northern California, most notably with Sparrow Gallery in Sacramento and at the California State Fair's Fine Arts competition, at which my painting "Self Portrait" received an Award of Merit. The same painting was also featured on the cover of the local Sacramento publication "Inside Arden" for the month of September 2015. My painting "Fedoras" was on display at the Falkirk Cultural Center in San Rafael for their 2015 Fall Open Juried Show.  I currently teach K-8 art at Canyon Heights Academy in Campbell, CA.

I joined Ahlers & Ogletree as a Fine and Decorative Arts Cataloguer in 2016 after three years in the Manhattan art scene where I worked in both the appraisal and auction industries. I am a USPAP-Certified Personal Property Appraiser with a history of working on major artist estate and museum collection appraisals. I have an M.A. in Art Business from Sotheby's Institute of Art and I have professional experience with museums, appraisal firms and auction houses including The Peggy Guggenheim Collection (Venice, IT), O'Toole-Ewald Art Associates, Inc. (New York, NY) and Heritage Auctions (New York, NY).

I've been working at Crunchyroll for just over a year now as a front-end software engineer for their web team. In the year that I've been there I've gone from just another developer to a tech lead in charge of a team responsible for guiding overhauls to the website and other, less fun or visible things. My mixed skillset has helped me throughout my career, and in Crunchyroll it has greatly enhanced my ability to work with other designers, marketers, and even customer support personnel to understand and circumvent difficulties that had arisen with kludgy, several-years-old code. The ability to communicate effectively goes a long way.

I received Sony Pictures Entertainment’s “Pictures of Excellence” award for excellent leadership and problem solving during the Sony Pictures cyber-attack (July 2015). In addition I oversaw and managed the launch of getTV—a classic movie and television channel that is carried in over 50 million homes on broadcast, cable, and satellite (February 2014). And, I’ve been promoted twice, with the US Networks team (September 2013 and July 2014).

Box recently commissioned me to paint satirical portraits of the CEO and CFO, to be displayed in the executive boardroom of our new HQ.  I am also working on art pieces for other spaces in the company.  Though not entirely art-related, I played a significant role in building and opening our new HQ.  I helped select designs for our conference rooms, provided work-culture insight to the architects, and coordinated a team of move captains to ensure 900+ employees and their belongings were seamlessly moved over without hurting productivity. On the side, my work-life balance has allowed me to continue painting and drawing, and I now sell some of my work, as well as do small commissions.  I've also been volunteering my time and resources to help create props and costumes for a children's musical theatre program (currently we're working on the Lion King!). 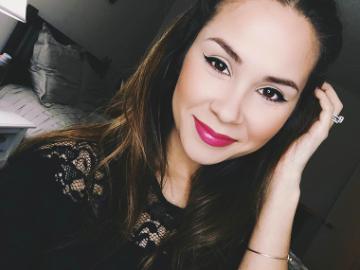 After leaving SCU I spent 3 years in animation production at DreamWorks Animation. After that, I worked at Entertainment & Licensing at Electronic Arts. I left that job to work at Zynga as Senior Art Producer of a live 3D game (FarmVille 2). Now, I've spent the last year as the Marketing Art Producer at Supercell working on live action and animated commercials, Superbowl spots, live events, etc. 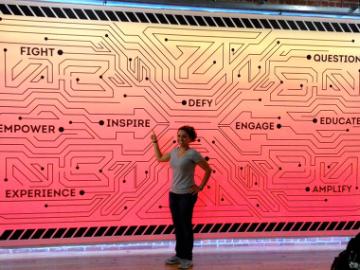 After five years as a production engineer at Cisco TV and two years as a broadcast engineer helping to establish Al Jazeera’s newest broadcast news station - Al Jazeera America - and newest digital venture - AJ+ - it was time to move from television to film.  I am now a media systems engineer for Industrial Light and Magic, the visual effects division of Lucas film (yep, we’re working on Star Wars!).  In addition to my full time job with ILM, I also freelance as a broadcast technician for MLB Network and MLB.com. This October I will be published and speaking on a panel at the annual Society of Motion Picture and Television Engineers conference regarding women in technology.

I married my wife Jamie Cortes in Spring 2010 at Mission San Luis Obispo. We met while I was still a student at Santa Clara. Marrying her has been the best decision I ever made, as well as the easiest. In 2013 I graduated with an MD from Loyola University Chicago, another Jesuit institution. I completed my internship in medicine at Western Michigan University in Kalamazoo, MI before starting my residency in Physical Medicine & Rehabilitation at the Medical College of Wisconsin in Milwaukee, WI. After completion of my residency, I plan to focus on the treatment and rehabilitation of people with various disabling conditions, including spinal cord injury, traumatic brain injury, stroke, and amputations/polytrauma. Since graduating from SCU I've continued to pursue my love of photography. I still shoot film & medium-format, focusing almost exclusively on B&W photography. My life would not be the same without the appreciation of the arts and my love of photography that was cultivated at SCU, and I look back fondly on my 12+hr days spent in the darkroom, only to emerge at 4AM! 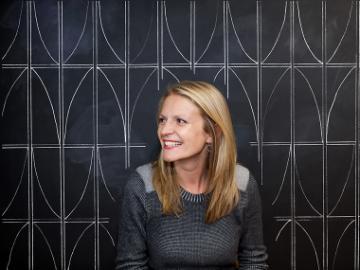 After teaching high school art for several years, I transitioned to teaching only at Lillstreet Art Center (which has served Chicago for 40 years) to spearhead the Ignite professional development program and work on my own studio practice. Ignite is an arts-based teambuilding and professional development program for businesses. I have worked with groups of all business sizes and types from small nonprofit organizations to Fortune 500 companies, law firms to design firms, and universities and entire school districts. I also have my own studio practice in which I create functional ceramic wares in the hope of adding joy to daily rituals. My work is represented in three galleries in Chicago, and has been in several national shows.

My experience at Santa Clara helped me immensely to be a well-rounded, educated individual. Along with my major and minor in the Art and Art History Department, I had the opportunity to take a broad range of classes with professors who encouraged me to see the connections among them all. This has set me apart while working in the art world, and allowed me to make better connections to students and people of all ages. 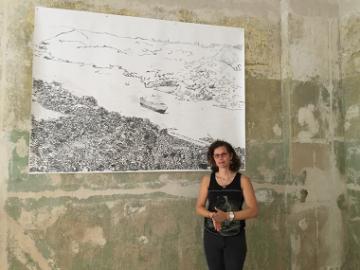 Since graduating from SCU I've maintained a regular art practice, but I now work in large scale drawings. In the mid-2000s I became a bilingual elementary school teacher; I taught at a bilingual Spanish school in the Mission District for several years. In 2009 I had an eye-opening summer traveling around Europe, and decided I wanted to live abroad. In June 2010, I was offered a job teaching in Berlin and what was a 2-year teaching contract has now blossomed into 5 and a half years. I'm fluent in written and spoken German, and I had my first major exhibition last September, a dual show with Ivo Gretener called "State of Matter" at the povvera project space.  I miss the sunshine in California, but get back frequently to see my family, who are all in the Bay Area.