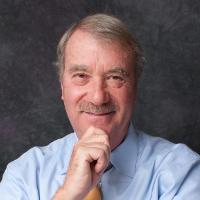 Dr. Steven Nahmias is a professor for the Information Systems & Analytics department in the Leavey School of Business at Santa Clara University. He holds degrees from Queens College, Columbia University, and has a Ph.D. in operations research from Northwestern University. He is the author or co-author of more than 50 technical papers, which have appeared in a variety of journals and books. He has gained an international reputation as an expert in stochastic modeling. Dr. Nahmias has served as an associate editor for Management Science and Naval Research Logistics, and the Area Editor for Operations Research, and was a founding senior editor for Manufacturing & Service Operations Management.

Dr. Nahmias is the author of Production and Operations Analysis, published by Richard D. Irwin, and later by McGraw Hill. The book, originally published in 1989, is currently in seventh edition (2015) and published by Waveland Press. The seventh edition (only) is co-authored with Tava Lennon Olsen of the University of Aukland. More than 100 colleges and universities world-wide including Stanford, Berkeley, MIT, and the Harvard School of Business have adopted the text. It is used in both schools of business and schools of engineering, and has been translated into Spanish (two editions), Hebrew, and Chinese.

Dr. Nahmias has been at SCU since 1979, and during that time has served as Department Chair (1987-1991) and Director of the Competitive Manufacturing Institute (1991-1997). He as also served on the faculties of Stanford University, Georgia Institute of Technology, and University of Pittsburgh. Dr. Nahmias received the University award for Sustained Excellence in Scholarship in 1998. In 2010 he was honored by being named a Distinguished Fellow of the Manufacturing and Service Operations Management section of INFORMS, and in 2014 was named a Distinguished Fellow of INFORMS.

Dr. Nahmias has also had considerable consulting experience. He has served as a statistical expert in several legal proceedings, worked with the Shaklee Corporation, Lex Automotive, and Tropicana on inventory management problems, and been active in many other projects. Most recently, (August 2015) he was invited to be the keynote speaker at the 2015 Amazon Research Scientist Conference.