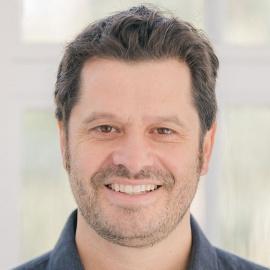 This past year Akiba Lerner gave a number of talks. In early Fall he gave a joint talk with professor Ali Ataie titled “Hope in Islamic and Jewish Thought” to the Jewish Community Relations Council. This past March Professor Lerner was invited to give a campus wide address at Stanford University, titled “Redemptive Hope in the Age of Trump.” A video of the talk can viewed on Lerner’s SCU website. In April he returned to Stanford to give a lecture titled “The Continued Relevancy of Marx’s Redemptive Hope” for the Structured Liberal Education (SLE) program.

Over the course of the year Lerner also designed two new courses for the university core curriculum. This past winter he taught his new course TESP 130: Judaism and Political Philosophy, focusing on the intersection of modern Jewish thought with political philosophy, exploring diverse philosophical and theological interpretive narratives about the uses and abuses of political power in the modern era. This coming fall he is offering a new course titled RSOC 16: Ecstatic Experience, Film, and Religion which explores the intersections and tensions between religious and “secular” forms of ecstatic experience, with a particular emphasis on film, music, and physical activities that tend to induce states of “flow” (such as dancing, surfing, biking, swimming, hiking in nature, etc.).

This coming year Lerner is also looking forward to the publication of two book chapters to be included in edited volumes: “Redemptive Transgressions: The Dialectical Evolution of Hope and Freedom in the West,” to be published in Theories of Hope: Exploring Alternative Affective Dimensions of Human Experience (Lexington Press), and “Rorty, My Atheist Rabbi?!? Between Irony and Social Hope” to be published in Rorty and The Prophetic: Jewish Engagements with a Secular Philosopher (Lexington Press). He also looks forward to continuing his research for his forthcoming book manuscript Beyond the Sacred: Secular/Religious Dialectics in Modern Jewish Thought and Film.