A few years ago, a course that I used to teach on the philosophy of religion, “Belief and Unbelief,” morphed into a new one called “Architects of Solidarity.” Where “Belief and Unbelief” debated the merits of Freud and C.S. Lewis, Camus and Thomas Merton in our classroom on campus, the Solidarity class each week leaves what some students call “Claradise” to engage homeless communities in Silicon Valley. This class opens with students finding a homeless person in the San Jose area with whom to sit and talk for a while, with the goal of obtaining their story and taking a photo.  This seemingly simple assignment has produced some very compelling stories and photos and great insights from the students. That exercise was followed this quarter by a class visit to a homeless encampment alongside Interstate 280 southeast of downtown San Jose (not far from the infamous encampment known as the "Jungle" that was closed in 2014).  Students found it challenging to engage with the individuals living in tents and makeshift shelters there. Part of it was their struggle to get past the squalor and shocking poverty of the encampment, and part was that they were shadowed by a KTVU news crew. The news reporter understood we were trying to engage complexity, but she needed to get it all into a two minute clip for that night’s news. While they appreciated the spotlight on homelessness as a problem, and find awareness a source of hope, the students had misgivings about being cast as social justice champions (perhaps because we were reading Camus’ The Fall) and worried that we had reduced the people living in the encampment into objects of our curiosity or charity. We have more visits ahead of us—to shelters, the local Catholic Worker House, and a low- income housing project with First Community Housing. But I think the students will not soon forget the hour they spent last week with eight homeless women in the “22 Bus Class,” a small group of homeless women who gather in a church hall in downtown San Jose for fellowship and empowerment. Having entered the session with a measure of trepidation, after an hour of small group exercises, check-ins and sharing, the students were sharing hugs with homeless women they may not have even acknowledged on the street earlier that afternoon.   I have discovered that when we talk in our classroom about homelessness as a problem, its myriad causes, who is responsible, and what students from Jesuit universities are called to do, everyone is in familiar territory and we are somewhat predictable.  But when we leave campus and the comfort zone we did not realize it was, predictability goes out the window. Perhaps this is where the line from Dean Brackley's “Higher Education Standards” comes into play: encounters like these will “ruin you for life.”

Read more about this segment on KTVU Fox News and watch the broadcast. 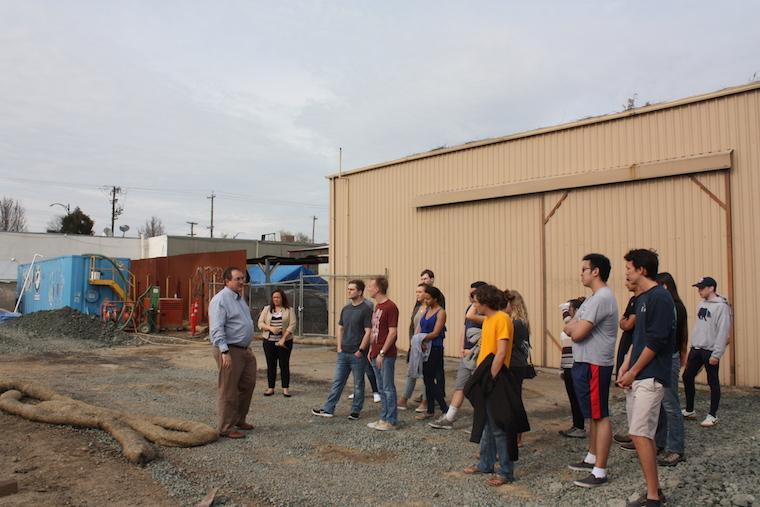