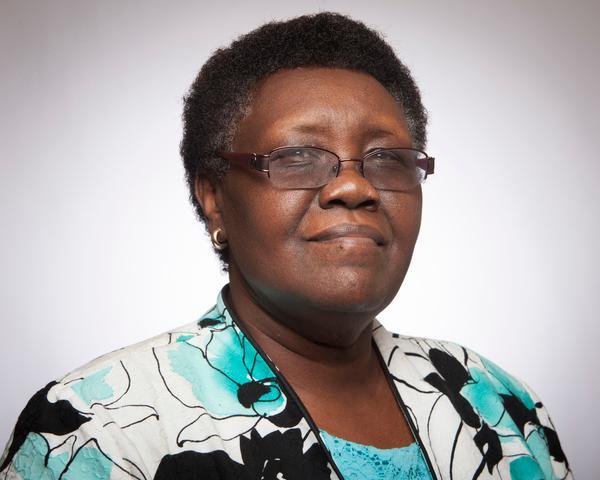 Teresia Hinga shared the news of the publication of Valuing Lives, Healing Earth Religion, Gender, and Life on Earth (ESWTR Studies in Religion, 3) by Peeters Publishers (Belgium).  Teresia is co-editor of the volume, along with Sarah Robinson Bertoni, who has taught for us in the past. From the publisher’s website: “The volume highlights scholarship on practical work by women globally, who labor toward greater justice for a diverse humanity and biodiverse nature, exerting collaborative solidarity, grounded love, and realistic hope for the future.”

In early November Teresia received an email addressed to her and Shawn Copeland (Boston College Theology Department, Emeritus) from Elochukwu E. Uzwuku, C.S.Sp., editor of the Bulletin of Ecumenical Theology (the journal of the Ecumenical Association of Nigerian Theologians), letting them know that the current volume (#33) contains an article addressing their contributions to theology. 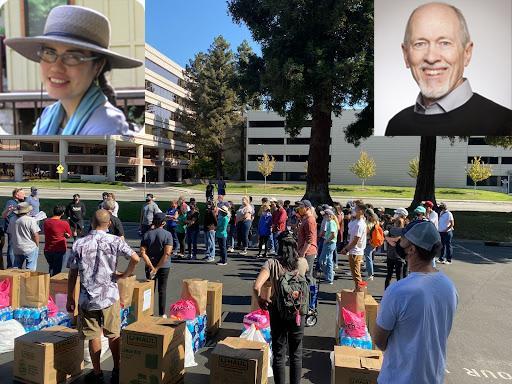 On Saturday, Oct. 2 Sarita Tamayo-Moraga and Philip Boo Riley joined Public Health Prof. Jamie Chang to help over 30 SCU students (drawn from our classes and the Unity RLC Imagine floor) distribute meals and supplies to unhoused individuals living in encampments around San Jose. The event was jointly sponsored by several local agencies, and was initiated by the Jain Center in Milpitas, who joined 70 other Jain Centers nationwide to observe Mahatma Gandhi’s birthday and the UN International Day of non-violence by distributing “Ahimsa” meals to unhoused communities across the country. The Jain Center prepared over 2,000 meals in their kitchen over the weekend for this distribution.

Sarita reported that she and Sasha Eros (RS major, Class of ‘23) are now on the program for the AAR/WR annual meeting at University of Nevada, Las Vegas in March 2022. They will be co-presenting a paper entitled "Practicing What We Learn." 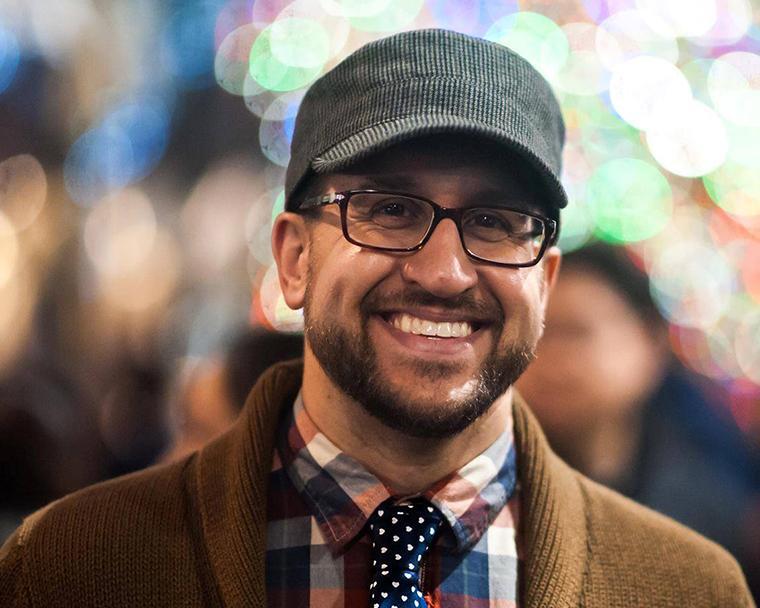 Paul Schutz has signed a contract with Orbis for the book he is starting: Reimagining Creation: A Theology of Creaturely Flourishing. The plan is to publish it in 2023.

He was quoted at length in an article about dumpster diving as environmental stewardship that appeared in the Oct. 13 edition of the National Catholic Reporter. That same week, on Oct. 12, he gave the inaugural lecture—“En-Gendering Creation Anew: Science, Gender, and Catholic Life”—for “Que(e)ries,” a new initiative at St. Mary’s Moraga exploring diverse genders and sexual diversity. 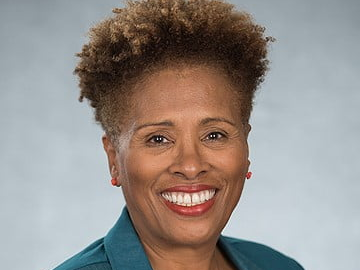 GPPM Director, Joe Morris reports that the Fall ‘21 quarter offerings included a course taught by C. Vanessa White, “Caste, Race and the Catholic Church: Implications for Spirituality and Ministry.”  Prof. White is on the faculty at Catholic Theological Union in Chicago.  During week 8 Fr. Bryan Massingale zoomed into the class from Fordham University’s Theology Department. 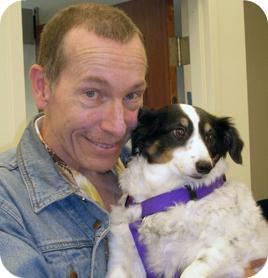 David Pinault has written a new novel, "Providence Blue: A Fantasy Quest," published by Ignatius Press in August of this year. At the invitation of Ignatius, he has also contributed a foreword to Jean-Jacques Antier’s biography of Father Charles de Foucauld (to be published in March 2022). 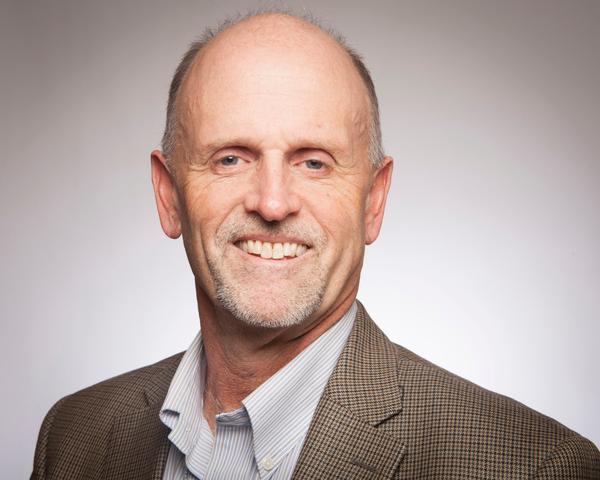 David DeCosse, who is on leave this fall at the Catholic Worker community in Los Angeles, sent along news of 1) being appointed as a contributing writer to the National Catholic Reporter,  2) wrote an article on the California missions and a jubilee year in the LA Archdiocese that he published in NCR on October 21, 3) wrote reviews and essays for the Catholic Agitator (the paper of the LA Catholic Worker) including a review of Healing Haunted Histories: A Settler Discipleship of Decolonization by Elaine Enns and Ched Meyers and an essay arguing against the canonization of Junipero Serra, 4) wrote a reflection on the ethical implications of the Universal Apostolic Preferences of the Society of Jesus for Jesuit Higher Education: A Journal, and 5) helped to organize a forthcoming session on voting rights and Catholic theology at the June 2022 meeting of the Catholic Theological Society of America. 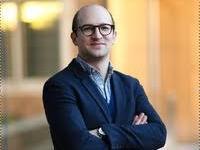 On Friday, November 12, Daniel presented a paper at the "Islamic Occult Studies on the Rise" workshop on the topic of Occult Reformism. The paper looks at the work of Shāh Walī Allāh of Delhi, the great Naqshbandi reformer, and his supersessionist critique of astrological magic. While Walī Allāh is often seen as a representative of “disenchanted” reform, the paper shows rather that he sought to supersede astrological occultism with his own modes of angelic invocation. 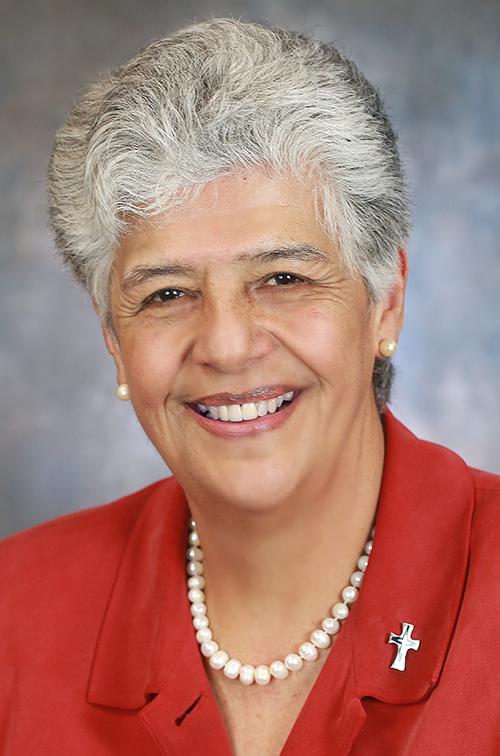 Ana Maria Pineda, RSM shared the good news that she has been selected as the recipient of the 2021 La Comunidad of Hispanic Scholars of Religion’s Lifetime Achievement Award.  La Comunidad is a group of Ecumenical Latinx theologians who advance the interests and scholarship of Latinas and Latinos in biblical, theological and religious studies.

La Comunidad celebrated her accomplishments and contribution to US Latinx theology in November, at the annual AAR/SBL meeting in San Antonio.  Faculty who want to learn more about the award and the sponsoring organization can check out La Comunidad’s website. 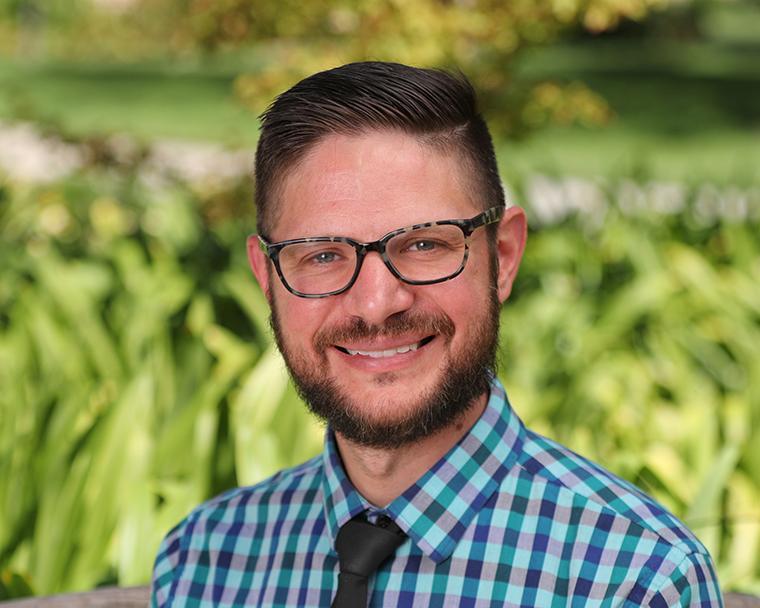 Gene Schlesinger let us know about a new publication, Theological Foundations of Worship: Biblical Systematic and Practical Perspectives, edited by Khalia J. Williams and Mark Lamport, published by Baker Academic. He contributed the chapter "Mission and Worship," joining the august company of such folks as Teresa Berger, Bruce Morrill, and Peter Phan. From the publisher's description of the volume: “This volume brings together an ecumenical team of scholars to present key theological concepts related to worship to help readers articulate their own theology of worship. Contributors explore the history of theology's impact on worship practices across the Christian tradition, highlighting themes such as creation, pneumatology, sanctification, and mission. The book includes introductions by N. T. Wright and Nicholas Wolterstorff. A forthcoming volume will address the historical foundations of worship.”

He’s spent the last three years working on a book on the theology of Henri de Lubac, and with it now out for peer review, he’s turned his attention to the next project, which will be an attempt at a systematic ecclesiology of the divided church. In order to explore and develop the theoretical basis for this project (which is daunting, because it is prima facie impossible), he is working on a trio of articles. The first of these, "Overcoming the 'Distance': Robert Doran as a Bridge Between the Trinitarian Analogies of Bernard Lonergan and Hans Urs von Balthasar," has been published in Theological Studies.

Gene also presented a paper at the AAR, not in person in Texas, but via Zoom from a hotel in San Diego, where he was staying for his GPPM course! The paper, "Opus Dei, Opus Hominum: The Trinity, the Four-Point Hypothesis, and the Eucharist," is the second of the exploratory articles he is using as a springboard for the divided church book project, and is now out for review at a journal. He hopes to make some progress on the third, which will explore what he’s calling “ecclesial deformity,” over the break.

An aside (from the interim chair): as part of SCU’s long time connection to Lonergan studies (going as far back as the 1960’s, when Philosophy Professor Tim Fallon, S.J. used to teach Insight to undergraduates, and the 1980’s, when both Fran Smith, S.J. and I wrote dissertations on Lonergan on the development of doctrine!), in one of the several incarnations of our Lonergan Center, Bob Doran came to SCU in the 1990’s to present elements of his then under construction systematic theology.  It is nice to see that Lonergan/Doran legacy continue at Santa Clara!