On February 15, 2020, the Diocese of San Jose held their first annual Black History Month Mass celebrating Catholics of African descent. Many Catholics came out from San Jose and other cities--even as far as Richmond, CA--to attend. The mass was held in English with readings in the languages Ewe (Ghana), Swahili (East Africa), Tigrinya (Eritrea), and Igbo (Nigeria). Attendees were encouraged to recite prayers in their respective languages of choice, which built a chorus of spiritual unity.

The mass was two hours long and began with a gathering song. Bishop Oscar Cantu presided over the mass. The message of his homily was unity, radical love, change, and perseverance in the face of struggle. In this vein, the joint community prayer which concluded the mass read:

...As we commemorate and dedicate this month to the history of the Black Race in our Nation; Help us to realize that Black history is All our histories. May the day come when stories and experiences of the Black people would be so wildly taught that no month needs to be separately set aside for it. We know this day will not come until we as a nation, make different choices. We now pray for those new choices.

The rest of this prayer focused on asking for God’s grace in order to help bring about change within our nation’s legal system, true justice, educational equity, and “a sharing of power and opportunities.”

After the mass, attendees were welcomed to a reception with a DJ, an abundance of food, and long tables which encouraged fellowship and conversation. Professor Teresia Hinga was one of the speakers at the reception; she started by centering both the Beloved Community and a Rainbow People, which were imagined by Rev. Dr. Martin Luther King Jr. and Bishop Desmond Tutu, respectively. These communities would be centered around compassion, justice, fairness, love, solidarity, and an embrace of difference as a gift. 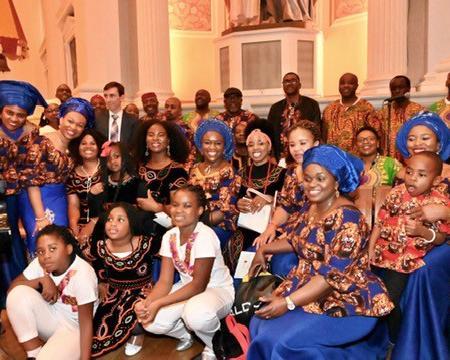 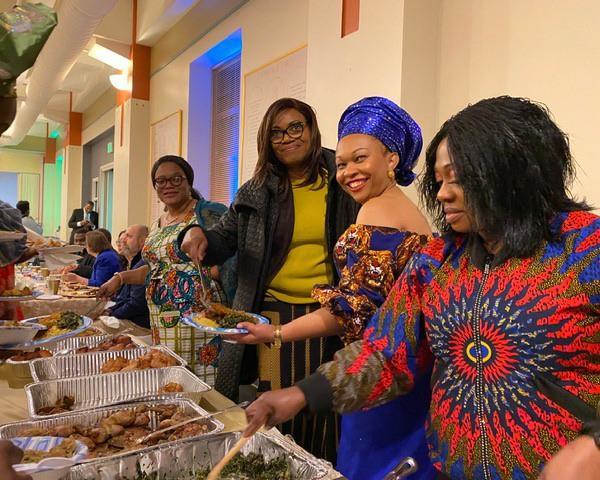 Prof. Hinga continued by inviting the Diocese to recognize the presence of the people of African descent, not just in their quantity but in all the gifts they bring to the church. She explained: “They bring many unacknowledged and often unrequited gifts. [...] Some are teachers, many women, in particular, are caregivers, literally enhancing the quality of life of many. In the Silicon Valley, many have crucial roles as engineers, professionals, innovators, and entrepreneurs.” The Diocese was gracefully asked to provide more specific support to Catholics of African Descent.

Her speech went on to celebrate gathering together as Africans, “united not by geographical roots but united by our common purpose to forge a larger sense of We, a Beloved Community.” This was the crux of the event: members of the African Diaspora gathering together as one to celebrate and pray. It was a purposeful act of solidarity and will continue to play a role in the Catholics of African Descent community’s future.