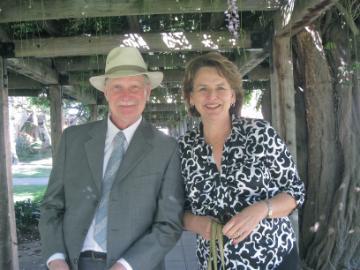 Gary Macy has been a major figure in the Religious Studies Department over the past decade. He joined the faculty of the Religious Studies department in September 2007, having already had a successful career as a teacher and scholar at the University of San Diego. He was hired as the John Nobili, S. J. Professor of Theology, to recognize his high level of achievement as a scholar in his area of research, medieval church history. He joined us having written two monographs, co-written another, and edited or co-edited five additional books. Since he joined the faculty here he has published three additional works, one of which he authored, one which he co-authored, and a third that he co-edited. He has also authored thirteen articles and book chapters over the past decade, and has also given numerous scholarly presentations, including the Plenary address for the Catholic Theological Society of America.

Over the past decade Gary has played many roles in the department and university. He was the chair of our department from 2011 to 2015, and he directed the Graduate Program in Pastoral Ministries from 2013 to 2017. He also served as a Doctoral Core Faculty member in the Graduate Theological Union from 2014 to 2016, and was on the Instituto Hispano Governing Board from 2011 through 2015. He has also served on numerous committees, including the Provost’s Advisory Committee On Goal 4 of the Strategic Long Range Plan from 2013 to 2015.

Gary will be entering phased retirement at the end of this academic year. As he will no longer have any teaching responsibilities for us, he and his wife Saralynn Ferrara will be moving to Eugene, Oregon. He will continue to consult for the Graduate Program in Pastoral Ministries, so hopefully we will see him from time to time. We celebrated Gary and Saralynn’s contributions to the department at a Going Away Party on Monday June 5th. 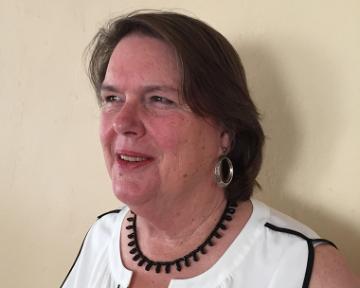 Jean Molesky-Poz joined the faculty of the Religious Studies Department in 2004, and has made important contributions to the university through both her teaching and research, as she discusses in her reflection below. She decided this Spring to not return to teaching in order to focus on her writing. We honored her contributions to the department at a breakfast celebration on Wednesday May 31st.

I want to express my joy and deep gratitude to my colleagues for the last fourteen years in the Religious Studies Department at Santa Clara University.

The RS department environment has encouraged the best of my creativity, hard work and commitment to teaching, service and research.

Service: It has been an honor to have served on the following committees, with dedicated, honest and inclusive colleagues: The RS Identity Committee, 2013-15; the Teaching Committee, 2014- present; and the Lecturer’s Committee, 2012 – present.

Research:  I am grateful for the numerous grants received which have enabled me to pursue research projects: Contemporary Maya Spirituality (2006), journal and magazine articles, and contributions to the Smithsonian National Museum of the American Indian’s Living Maya Time.

But what I feel most deeply grateful for, and sure about, was the afternoon Teresia Hinga and I sat next to each other for new faculty orientation to SCU. After a half hour PowerPoint lecture on Ignatius of Loyola and his charism, I waited for the other half, you know, Saint Clare of Assisi.  Not a word. Not even a mention of her name. But wasn’t Saint Clare the namesake of the university?  A woman. A healer. A mystic. She, too, loved God. She cultivated relations of mutual love and peace with the sisters and brothers; Clare was a leader, the first woman to write a Form of Life and have it approved in Christianity. Couldn’t her charisma, her gift, also inform the life of SCU, and from a woman’s perspective?  As if struck by lightning, I set to work.

From 2005-2012, I initiated, with the support of faculty, staff and administrators, campus-wide projects to address the question:  How can Saint Clare be a light to our identity, community and humanity at Santa Clara University?  I organized a quarterly, year-long St. Clare Reflection group for faculty and staff to study the writings of Clare of Assisi (2009-10). Over four years, I initiated three symposia; three three-day retreats with two Poor Clares; a museum exhibit; a concert, and a course on Clare and Ignatius (2009-2012). These endeavors can be found in “A Seat At the Table: Conversations on Clare of Assisi,” published in the Santa Clara’s Explore Spring 2010.

My great joy was being asked to be the keynote for the Ecclesiastical Investigations International Conference in Assisi in 2012 to celebrate “The Year of Clare.” As I began to speak in the Basilica of Saint Clare, I was reminded that I was the very first person to address an inter-faith gathering in the Basilica of St. Clare. I felt like a gift from the Religious Studies Department at Santa Clara University!

In gratitude to my colleagues, and to the students, I will carry these years at SCU with me as I dedicate my creativity to completing major writing projects, as well as enjoying time with my husband, Martin, and our two adult children, Joanna and Joseph.  May you continue to mirror goodness to one another.