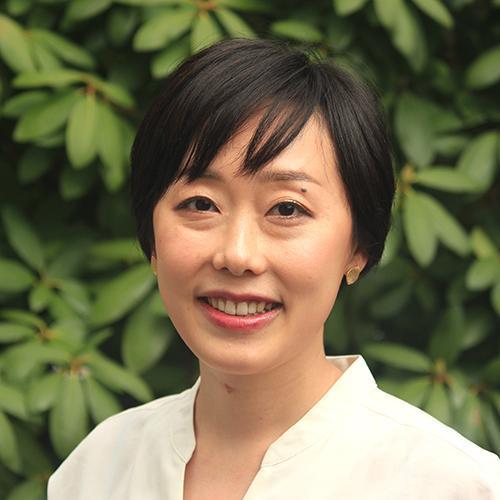 Haruka Umetsu Cho received her BA from International Christian University, Tokyo in 2010 and her MA in philosophy from Hitotsubashi University, Tokyo in 2012. In Japan, she focused on philosophy, especially St. Augustine’s theory of music. In 2012, she began an M.Div. at Yale Divinity School where her research considered Christianity and literature in East Asia. This turn led her to grapple with questions of cultural encounter, colonialism, and gender/sexuality as significant factors that shape human experiences of religion. She continued to pursue this line of research and received her PhD in the program of Religion, Gender, and Culture at Harvard University in 2021. At Harvard, she received grants from the Reischauer Center and Asia Center to do archival research in the Japanese cities of Tokyo, Nagasaki, and Shizuoka.

Currently, Haruka is working on her first book that performs a theological reading of modern Japanese novels and poetry written between the 1880s and the 1930s. Intersecting with religious studies, cultural studies, feminist/queer and postcolonial studies, this work aims to introduce understudied Christian themes in Japanese literature and to offer a theological reimagination of embodiment, flesh, and eros. She has published articles related to the topic of her current book project: a feminist reevaluation of Kazō Kitamori’s Japanese theology of pain (Asia Journal of Theology, 2020); erotic desire and the Divine in Arishima Takeo’s novel (Body and Religion, 2020); and second-wave feminism and Christian social activism in Japan during the 1970s (Journal of Feminist Studies of Religion, Spring 2022).

At SCU, she has launched a new course entitled “East Asian Literature and Christianity,” which touches upon Japanese, Korean, and Chinese literary texts and themes of cultural conflicts, religious identity, colonial violence, and trauma. Prior to SCU, Haruka taught a variety of topics at Harvard, including theories and methods in the study of religion, sexual ethics, religious education, and Japanese anime. Now she is planning to create more core courses on religions in East Asia, feminist/queer theories and solidarity, and textual and visual sources that stir our religious imagination and experiences.

Outside of her academic work, Haruka enjoys her time with her husband Kyungwon and two young, very active sons, Daniel and Elijah. Being new to California, they have just started exploring the area. She also plays oboe (sometimes at events related to the Mission Church), and music is a way for her to be connected to others. She is also a life-long swimmer and is very excited about the great swimming pool at the SCU gym. 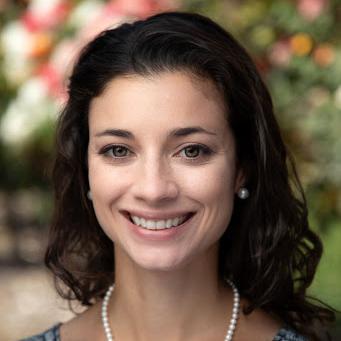 Elyse Raby is a Catholic systematic theologian. Her research is in the areas of ecclesiology and theological anthropology. Her first book, a revision of her dissertation, will analyze the metaphor of the church as a body in nineteenth and twentieth-century Catholic theology and, in particular, how different understandings of embodiment shape our understandings of the church, its ministry, and its relationship to the world. Her secondary research interests are in feminist theology and issues of gender and sexuality. As a teacher, she invites her students to encounter the sacramental worldview of Catholicism, to explore Christianity’s relevance for contemporary life, and to critically analyze the church from the perspective of its own stated ideals.

Most recently, Elyse has given a conference paper on the possibility of women deacons in the Catholic Church at the American Academy of Religion and has a forthcoming article on the potential of metaphor in systematic ecclesiology. She has also published on intersex embodiment and theology of creation in Theology and Sexuality and on Marian symbols and kyriarchal ideology in Elisabeth Schüssler Fiorenza’s book Congress of Wo/Men: Religion, Gender, and Kyriarchal Power. She also reaches non-academic Catholic audiences. She has written on priesthood and ministry in the popular magazine U.S. Catholic, has preached on authority in the church for the online resource Catholic Women Preach, and has written numerous times for the prayer resource Give Us This Day.

Long educated in the Jesuit tradition, Elyse holds a Ph.D. from Boston College, a Masters in Theological Studies from the Boston College School of Theology and Ministry, and a Bachelors in Religious Studies from Fairfield University (CT). Prior to graduate school, she volunteered with the Catholic non-profit Rostro de Christo in Guayaquil, Ecuador and worked at Fairfield University in the Center for Catholic Studies and Center for Faith and Public Life.

A native of Connecticut and lifelong New Englander, Elyse loves hiking big summits, most especially in the White Mountains of New Hampshire. She also began fostering kittens during the pandemic, is unashamed to admit she is a big Celine Dion fan, and enjoys endless home improvement projects.