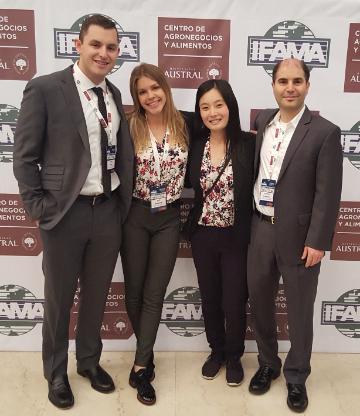 The Center for Food Innovation and Entrepreneurship of the Leavey School of Business sent a team to compete in the International Student Case Competition. The competition included 22 teams from all over the globe including Australia, Africa, China, Argentina, and the United States. The SCU team made up of MBA students George Borden, Kelli Bruggeman, Dianna Dai, and Matthew Shahbazian advanced to the finals and took 2nd place in the Advanced Graduate Division.

To prepare for this competition the team was enrolled in two LSB graduate classes - Strategy Development in Food & Beverage Industries and Food Industry Management (taught by Dr. Greg Baker). They also held multiple practice sessions throughout the academic year and worked with advisors Carol Kelly and Erika French Arnold.

Aarhus has been a buzz of activity ever since Viking times. Over the centuries, the lively atmosphere and charming streets have attracted visitors from near and far. This summer Aarhus was the host city to the International Food and Agribusiness Management Association (IFAMA) Student Case Study Competition. 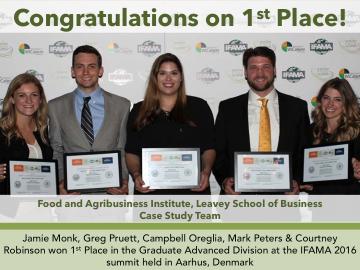 Santa Clara University sent 5 of its top students representing the Center for Food Innovation and Entrepreneurship (CFIE) of the Leavey School of Business to compete. Congratulations to students Jamie Monk, Greg Pruett, Campbell Oreglia, Mark Peters, and Courtney Robinson for their 1st place win in the graduate advanced division.

The Student Case Competition provides students an opportunity to showcase their skills for food and agribusiness professionals attending the conference and offers universities an opportunity to showcase their students. The competition consists of teams who simulate a fast turn-around analysis and presentation to a senior management team on an industry topic.

The team’s advisors Professor Michael Harwood and CFIE Assistant Director, Erika French-Arnold worked with students for over 8 weeks researching and preparing for the task of competing against teams from around the world. This is SCU’s second 1st place win in 3 years reflecting the strength of the MBA program at the university.

This summer, five MBA students had the opportunity to travel to Capetown, South Africa, to compete in the International Food and Agribusiness Management Association’s (IFAMA) Annual Case Study Competition. The conference focused on the potential of African Agribusiness, in which each team got the same case and had to read, analyze, make a recommendation, and present their analysis to a panel of judges. There were a total of over 20 teams from all over the world, and Santa Clara brought home second place! 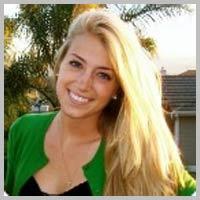 Courtney Robinson, a teammate for the competition in Capetown, expresses “this experience really brought us together as a team. I no longer think of these individuals as my teammates or even MBA classmates, but rather as some of my best friends—not only did we do an awesome job analyzing a case and recommending some creative and innovative business solutions, we created relationships with each other that will last a very long time. I have learned so much from these amazing individuals, and look forward to seeing the incredible things they continue to pursue and achieve in their futures”.

The students were able to meet some important individuals throughout the industry, attend seminars on pressing agribusiness issues and connect with people from all over the world. The unique opportunities the team is exposed to are unbounded. This year, the case study competition will take place in Minneapolis, Minnesota. The Center for Food Innovation and Entrepreneurship is thrilled to put together another team for this event, and continue the relationship building experience that IFAMA offers all its participants.

In a mere four months, five Santa Clara University students will be off to Cape Town, South Africa, to compete in the 2014 International Food and Agribusiness Management Association’s Case Study Competition.

Last year, twenty-two teams from around the world were given two rounds of competition to make it to the top, and Santa Clara University’s team made number one. It goes unsaid that the team this year hopes to accomplish as much as the 2013 team, and will be practicing quite frequently until the day they fly out.

“We are going to put our best foot forward, and practice as much as necessary until we feel we are prepared to tackle whatever cases come our way” says Jennifer Visscher, current team member. 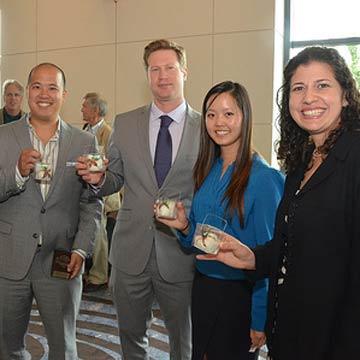 The team consists of five current Master’s of Business Administration students, each with different areas of expertise, including: Courtney Robinson, Jennifer Visscher, Michael Billikopf (who was also on the team last year in Atlanta, GA), Rudy Siwy and Quentin Topping

The competition this year will be focused on African agribusiness challenges. The team is very excited to delve into research and familiarize themselves with this area of agribusiness. All five students are looking forward to meeting and networking with teams from all around the world in the hopes of providing businesspeople everywhere a different perspective on the current issues at hand.

Congratulations to Alvin Chen, Tina Cosentino, Ngoc Dao, Michael Billikopf, and Zach Wise for taking First Place in the International Food and Agribusiness Management Association’s Annual Case Study Competition! The team, who are all SCU MBA students, traveled to Atlanta, Georgia in June to compete in the competition.

The IFAMA International Student Case Competition is one of many features of the IFAMA annual world conference. The Competition provides an opportunity for MBA students to participate in a simulated analysis of a business management problem. The students have a chance to apply their MBA skills and education while networking with like-minded students and businesspeople. The competition requires the students to know the strengths and weaknesses of their team members and requires independent thinking as well as teamwork and collaboration.

The 2013 Competition brought together students from a number of different countries, providing participants with a diverse and enriching experience. The 22 teams worked for four hours on the first case, digesting the case, developing a creative and practical solution, and building a presentation that accurately communicated their analysis and recommendations. A panel of judges deliberated over the different solutions and narrowed the pool down to four finalist.