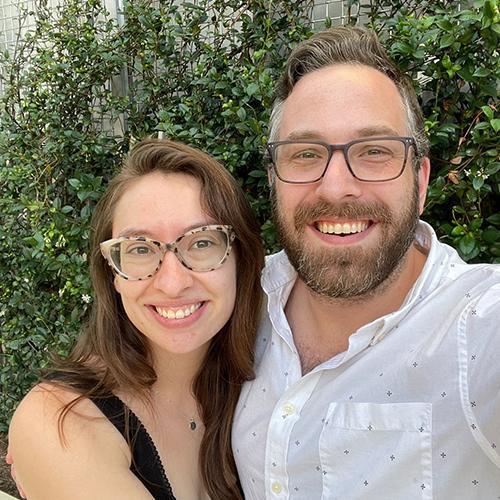 Following graduation in 2013, Religious studies minor David Bibee completed his Master of Divinity at Princeton Theological Seminary in New Jersey. David now lives in Fort Lauderdale with his wife Rebekah, where he works as the Director of Christian Education at Coral Ridge Presbyterian Church and is pursuing ordination as a Presbyterian minister.

“I cherish my time at Santa Clara as nothing less than a monument to God’s faithfulness in his care for me, which was so clearly revealed through the many professors who did not consider me unworthy of their attention—nor even their affection—and who personally labored for my sake. Janet Giddings, James Bennett, Sally Vance-Trembath, Akiba Lerner, Sarita Tamayo-Moraga, and the late, beloved Paul Crowley, S.J. to name only a few. More convinced than ever that the tasks to which Christ has called me go well beyond my own ability, 'I thank my God in all my remembrance of you’ (Phil. 1:3). It is, indeed, all for the greater glory of God (AMDG).

David holding an illustration from the Spring 2020 SCU Magazine, which hangs as a constant reminder of Christ’s call to serve the least of these.