Students report that the diversity of visits and rich, experiential engagement with practicing communities encouraged a greater openness to religious pluralism. As well, the course’s focus on the study of “lived religion,” which highlights concrete, embodied, material expressions of religion in social and cultural context, allowed them to understand religion as being about more than competing beliefs or formal practice, but rather modes of experience integrated in the everyday lives of practitioners. 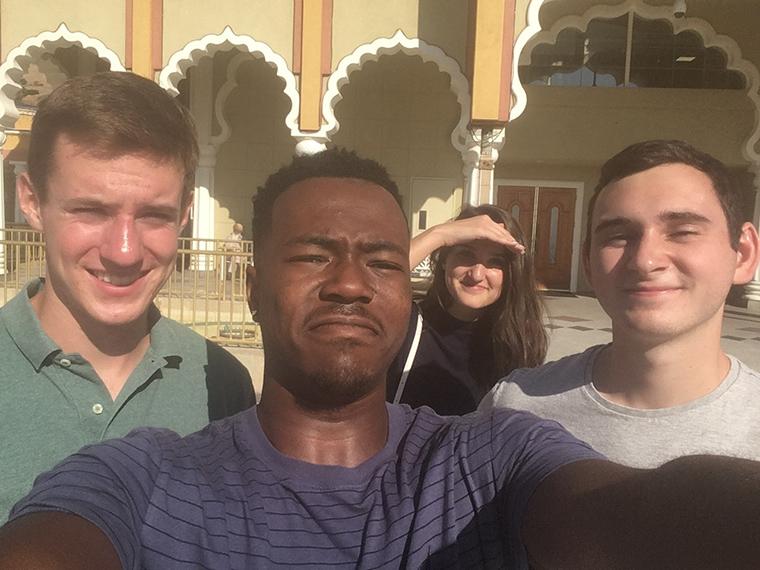 Andrew Feldmeth, Blair Harges, Alex King, and Katrina Rudd were among students who explored living religion at the Sikh Gurdwara Sahib in San Jose, where they observed a worship service and a community meal prepared by volunteers at the Gurdwara. 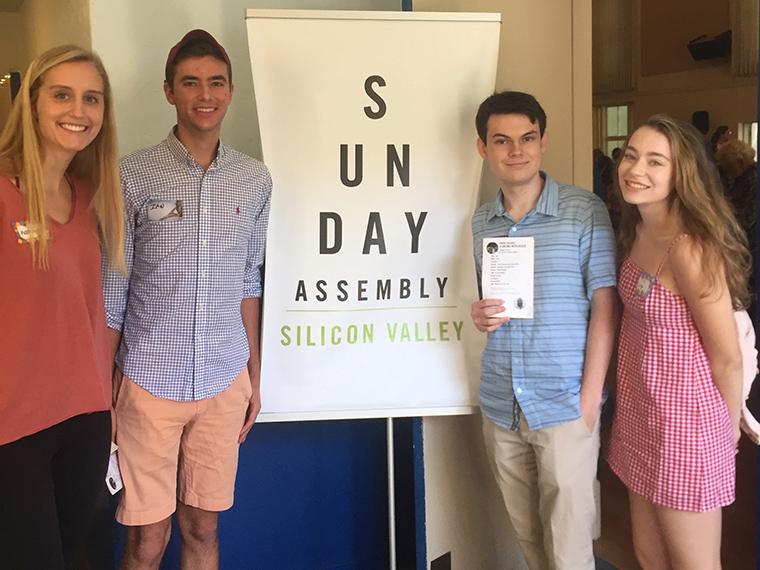 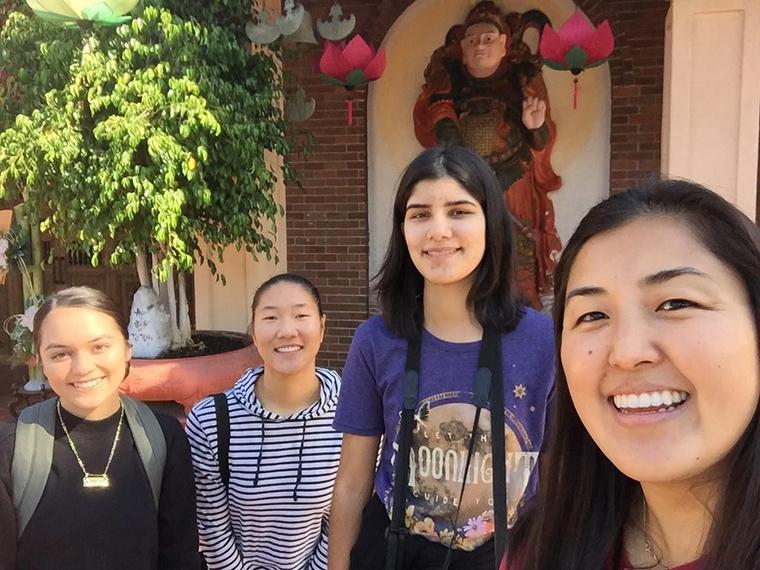 A visit to Duc Vien Buddhist Pagoda by “Exploring Living Religions” students Patricia Ornelas, Jada Paddock, Jasminder Bains, and Alice Matsuda included an in-depth interview with two of the nuns in the community as well as the privilege to join the sisters as they visited the bedside of a dying community member to offer prayers with the family. 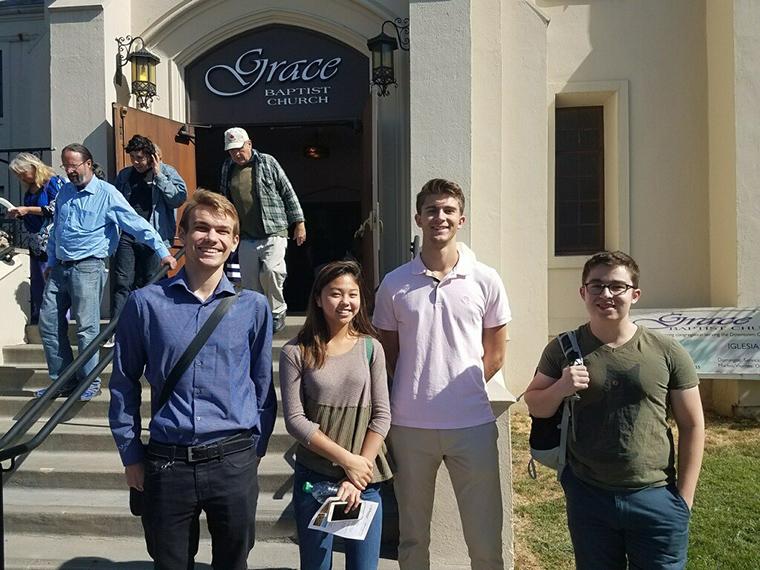 Daniel Demeter, Adrienne Lee, Jon Skipper, and Daniel Serouss were among students in the “Exploring Living Religions” class who visited Grace Baptist Church in San Jose, which has a vital ministry to the local homeless community, including homeless students at nearby San Jose State University.