David Gray has had a busy Fall quarter, having been invited to present his work at three academic conferences. At the beginning of Fall quarter he attended the Society for Tantric Studies conference in Flagstaff, Arizona, and presented his paper “The Realization of the Cakrasaṃvara: On the Eleventh Century Transmission of a Practice Tradition to Tibet.” He also attended two conferences in December, following the end of Fall quarter. First, he was invited to present his paper “Unending Revelations: Commentary as a Creative Force in Esoteric Traditions” at the “Esoteric Cultures of Scripture” workshop organized by the Institute of Ismaili Studies in London. Shortly following this, he was invited to attend a conference celebrating the 600th Anniversary of the Nirvana of Je Tsongkhapa, at Gaden Monastic University in India. There, he presented his paper “The Illumination of the Hidden Meaning (སྦས་དོན་ཀུན་གསལ): Tsong Khapa’s Masterful Approach to Tantric Exegesis.” 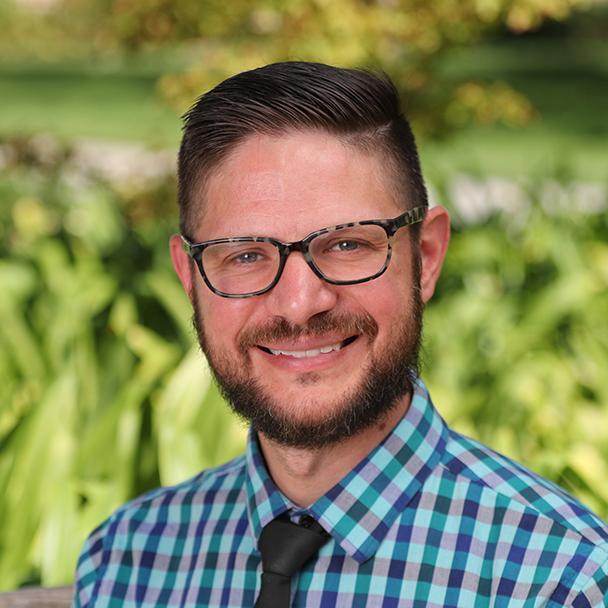 Eugene R. Schlesinger published two works on the theology of sacrifice this Fall. The first was the article, "Eucharistic Sacrifice as Anti-Violent Pedagogy" in the September issue of Theological Studies, which explored the concept of sacrifice as an unexpected and often overlooked resource in forming a theological response to the crisis of clergy abuse in the Catholic Church. The second was his latest book, Sacrificing the Church: Mass, Mission, and Ecumenism, published by Fortress Academic/Lexington Press. Sacrificing the Church attempts to make a programmatic statement on the church's nature and agenda, both of which are informed by the central Christian message of Jesus's death and resurrection.

He was interviewed by the Theology Shorts and New Books Network podcasts to discuss Sacrificing the Church. 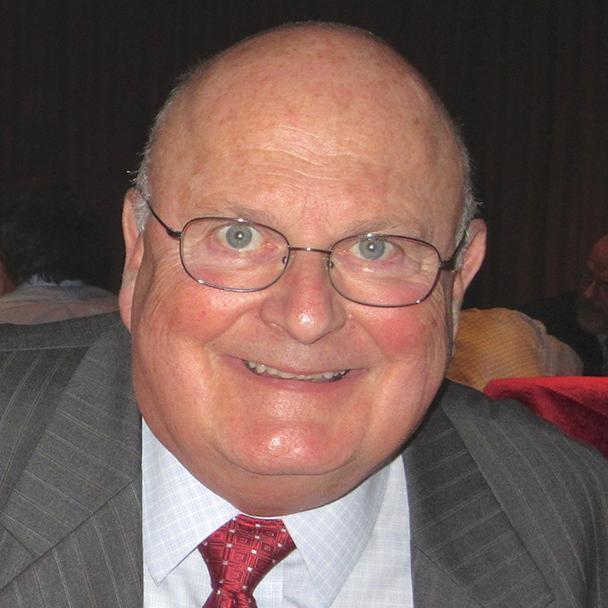 Fred Parrella recently completed a new article, entitled “Is Tillich’s Thought Still Relevant in Today’s Undergraduate Classroom?” It will be included in the volume Why Tillich? Why Now? The Relevance of Tillich’s Thought in the 21stCentury, edited by Thomas J. Bandy, to be published by Mercer University Press, Macon, Georgia in 2020.

Michelle Mueller received a Fichter Research Grant to support interviews with Mormon polygamist adults in Utah. Other researchers approaching Mormon polygamists have interpreted kinship systems; dynamics between sister-wives; and jealousy management. Most scholarly work covering Mormon religious beliefs behind plural marriage are found in histories rather than in contemporary ethnographies.

Mueller’s interview questions focused on how contemporary Mormon fundamentalist religious beliefs inform marital behavior, bringing the study of theology and anthropology together. The study bore significant fruit, as Michelle discovered generational differences and a shifting understanding of celestial marriage over recent decades. The interviews are for her book manuscript, which she and the Routledge team project to be published in 2021. 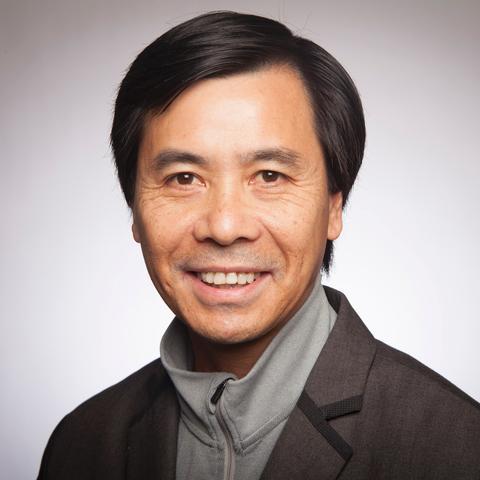 December has been a good month for Thao Nguyen, SJ in terms of publications. Nguyen has published a significant book on the role of women in the Catholic Church: Asian Catholic Women: Movements, Mission, and Vision, published by Lexington Books. In addition, he has also published another groundbreaking work, "Resistance, Negotiation, and Development: The Roman Catholic Church in Vietnam, 1954-2010" in the journal Studies in World Chritianity published by Edinburgh University Press. 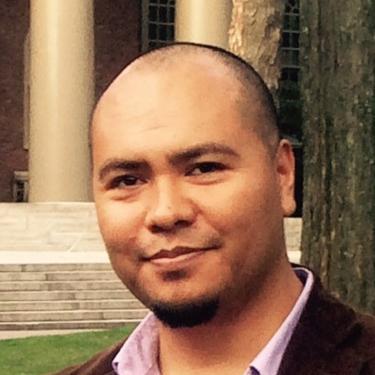 Roberto Mata continues mentoring students and developing his scholarship around migration issues and the Bible. This spring Mata received a grant from the Louisville Institute to complete his book project, Coming out of Babylon: The Eschatological Migration of God's People in the Book of Revelation. That same Spring, two of his students, Kaitlin Wheeler and Leah Senatro were admitted to Harvard Divinity. In September, Mata participated in an immersion trip through the Ignatian Center and the Kino Border Initiative. During the trip he visited migrant shelters, learned about the issues affecting migrants, travelled to the desert, and attended court deportation proceedings. This fall, Ramon Duran, one of Mata’s advisees, was selected to participate in Harvard's Diversity and Exploration program. Mata also taught a graduate version of the course, Racializing Jesus, at the Jesuit School of Education. He also presented three papers at the annual meeting of the Society for Biblical Literature: 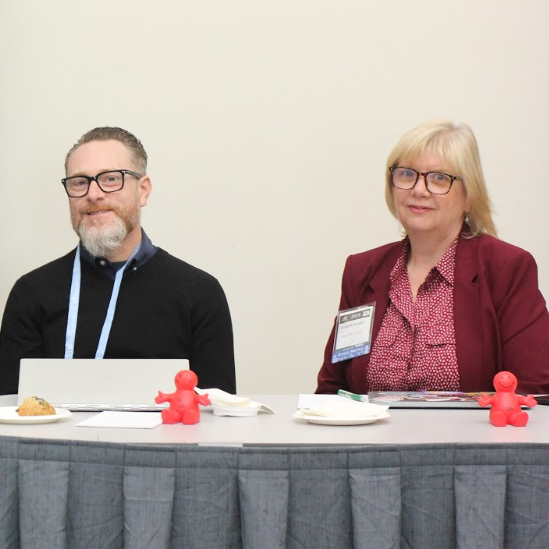 Jaime Wright and Elizabeth Drescher delivered a talk at a "standing room only" session of the AAR/SBL Annual Meeting sponsored by the Wabash Center for Teaching & Learning on teaching with digital technologies. Their talk, “Encountering Living Religion: Notes from the SCU Geomapping Project” highlighted the development of the Living Religion Collaborative’s (LRC) Encounter geomapping platform, which allows students in a variety of courses to use a cellphone app to map local religious communities, spiritual sites, and nonreligious communities. The LRC is also developing project specific maps that track, for example, murals in the Washington neighborhood of San Jose that Roberto Mata is studying, homeless encampments throughout the Silicon Valley that have been the focus of Boo Riley’s teaching for many years, and the impact of the development of the Google campus on the San Jose religious and spiritual landscape—the focus of a new course, Mapping Living Religion, that will be taught by Wright and Drescher in Spring 2020. 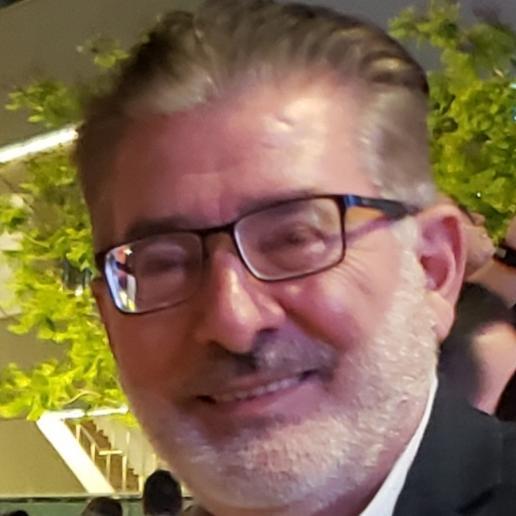 Clovis Karam has been awarded the “Project Diaspora Award” from Sydney, Australia.

The elite award consists of an exclusive medal and a certificate of appreciation. Karam was awarded this in 2019 for his outstanding academic research, teaching and literary achievements.