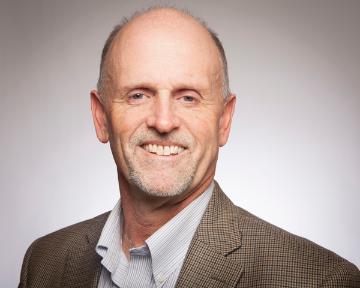 David DeCosse returned in January from teaching for the fall semester at Sophia University, the Jesuit university in Tokyo. While there, he posted a periodic "Letter from Japan" in the National Catholic Reporter on topics of Catholicism, culture, and politics in Japan. His final posting discussed the novel Silence by Japanese Catholic novelist Shusaku Endo (the novel was recently made into a movie by Martin Scorcese) and is posted online at NCR under the title "Recovery of Faith in a New Direction

In March 2017, a book DeCosse co-edited (with Thomas Nairn of the Catholic Health Association of the United States) called Conscience and Catholic Health Care: From Clinical Contexts to Government Mandates was published by Orbis. The book includes essays by RS faculty member Margaret McLean, Jesuit School of Theology faculty member Lisa Fullam, and SCU Philosophy faculty member Larry Nelson, among others. In March, DeCosse also published a "Moral Notes" piece on conscience, Catholicism, and politics in Theological Studies. He has also been asked to be a plenary speaker at 2018 convention of the Catholic Theological Society of America. 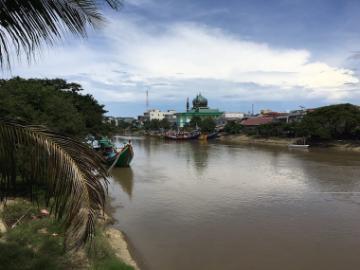 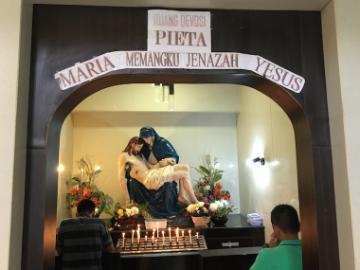 (2) Chapel in Sacred Heart Church, Banda Aceh, Sumatra, Indonesia.  Above the statue is the inscription in Indonesian: "Mary receives the body of Jesus."  Photo by D. Pinault.

In November 2016 David Pinault did fieldwork in Aceh (Sumatra, Indonesia).  His research focused on Aceh's religious-minority Christian and Buddhist communities and their tactics for survival under Islamic Sharia law.  The research included visits to Buddhist and Christian places of worship, especially illegal "house church" congregations, as well as interviews with Muslim scholars who discussed the implementation of Sharia law in Aceh.

On April 24, 2017, Pinault gave a lecture at SCU based on this research entitled "Interfaith Relations and Sharia Law: Muslims, Christians and Buddhists in Aceh Province, Indonesia," which was cosponsored by the Department of Religious Studies and AIMES (SCU's interdisciplinary minor program in Arabic, Islamic & Middle Eastern Studies). Pinault also coordinated a lecture by Yasmin Vanya. She discussed Muslim-Buddhist relations in Burma today, and prospects for the future. 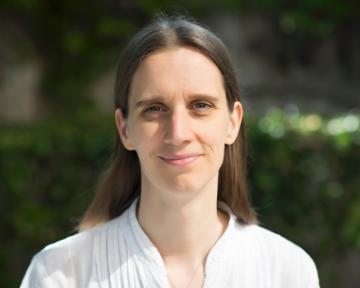 Lynn Jencks spent her first year as an Academic Year Adjunct Lecturer in Religious Studies focusing on teaching and developing courses.  She designed and taught two sections of “Celtic Christianity,” a course that combines her expertise in Religious Studies with her undergraduate work in Celtic Studies.  In this course, students explore interpretations of Celtic Christianity in literature, theater, and religious writing through the ages.  She also designed her own version of “The Christian Tradition” introductory course, highlighting diverse Christian perspectives on controversial issues such as abortion, capital punishment, racism, and war. 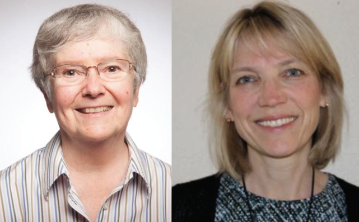 The Markkula Center for Applied Ethics elected 18 additional faculty as Scholars of the Center, recognizing their interest in and engagement with ethical issues in their professional fields.

Karen Peterson-Iyer was elected as a faculty Scholar of the Ethics Center.

The Markkula Center’s Steering Committee established a new position of Senior Scholar for retired faculty who plan to continue their interest in ethics and their respective fields. One of the Senior Scholars is RS emerita professor Denise Carmody. 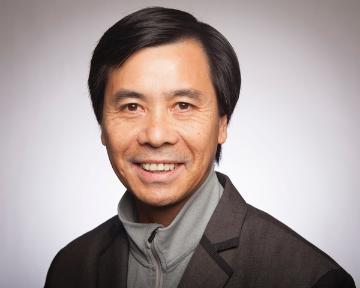 Thao Nguyen, S.J.’s new article, “Inculturation for Mission: The Transformation of French Notre-Dame des Victoires into Our Lady of La Vang in Vietnam 1998,” came out in print in the Missiology: An International Review journal in April, 2017. His new project, “Ignatian Examination of Consciousness and Vietnamese Zen Buddhist Repentant Rituals: A Comparative Study,” has been accepted for an International Conference on Buddhist-Christian Studies. He will present this paper at the European Network of Buddhist-Christian Studies conference in Manresa, Spain at the end of June 2017. 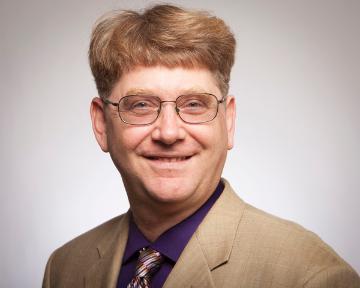 A new book written by David Gray was just published, hot off the press. The work is entitled Tsong Khapa's Illumination of the Hidden Meaning: Mandala, Mantra, and the Cult of the Yoginis- A Study and Annotated Translation of Chapters 1-24 of the sbas don kun sel. It is published by the American Institute of Buddhist Studies, and distributed by Columbia University Press. It is the first volume in a two-volume translation of a major work by an important Tibetan author, Tsong Khapa (1357-1419 CE), the founder of the Geluk tradition of Tibetan Buddhism, the head of which is the Dalai Lama. Dr. Gray began working on this translation as a graduate student, and has been steadily working on critically editing and translating it ever since. He completed the second volume earlier this year, and expects that it too will be published in the near future. 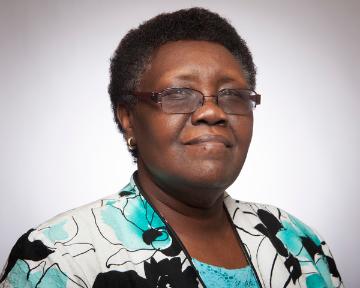 Teresia Hinga was invited to participate in and thus attended, the “African Christian Theology: Memories and Mission for the 21st Century” conference convened by Department of Theology of University of Notre Dame. The conference was held from March 22nd-25th in Rome, Italy. In light of her expertise as an African Scholar and Theologian with expertise on the topics to be discussed in the conference, she has been invited not only to attend the conference but to give an invited paper one of the subtopics of the conference, namely “Faith and Culture in Contemporary Africa.”

In April, Teresia submitted an article based on her field work last summer in South Africa, Rwanda and Kenya entitled “Women, Religion and Transitional Justice in Africa.” She also participated in the 200 year celebration of Harvard Divinity School. The special invitation came from the Women and Gender Studies program at HDS and was extended to all research and visiting associates who have come to the Program since its inception. She was one of the first participants to be invited to the program from outside the US and specifically Africa. She participated in the program in 1991-1992. 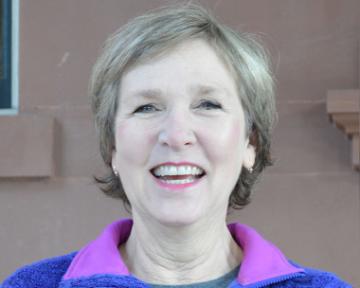 Sally Vance-Trembath continues to develop her interest in the dialogue between the teaching mission of the Church (one expression of which is the Catholic University) and the challenges of climate change and energy poverty. She will attend the invitation only Breakthrough Dialogue in June. This year’s topic is "Democracy in the Anthropocene." The Dialogue is a 3 day conference sponsored by The Breakthrough Institute, a think-tank located in Oakland. "Breakthrough's mission is to accelerate the transition to a future where all the world's inhabitants can enjoy secure, free, prosperous, and fulfilling lives on an ecologically vibrant planet."

With the support of a Hackworth Grant and people at The Breakthrough, Sally Dr. V has developed new RTC2 course called "The Planet and the Popes." The course will explore the Catholic Church's teaching regarding care for the earth and care for the entire human family in dialogue with the work of practitioners from other disciplines. 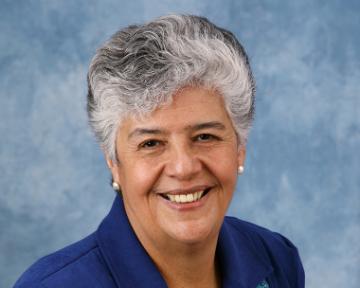 An article written by Ana María Pineda, R.S.M. on Jesuit Rutilio Grande -- "Man of God, Minister of the Poor" -- was published in the 2017 Spring Edition of SALVANET, an online newsletter of CRISPAZ (Christians for Peace in El Salvador). In the article, Pineda writes about the life, and ministry of Grande whose commitment to the rural poor led to his death and martyrdom. In 2015, Vatican Archbishop Vincenzo Paglia, postulator of Archbishop Romero’s sainthood cause, visited the small parish Church in El Paisnal to visit the burial place of Grande and communicated Pope Francis’ desire to name Rutilio Grande “blessed” in the near future.

Ana María Pineda, R.S.M. participated and moderated one of the sessions in the April 22, 2017 Consultation on Ministry Formation at Santa Clara University sponsored by the Jesuit School of Theology.  The purpose of the day was to consult with those in attendance around the theme of “Building Capacity for Hispanic Ministry.” 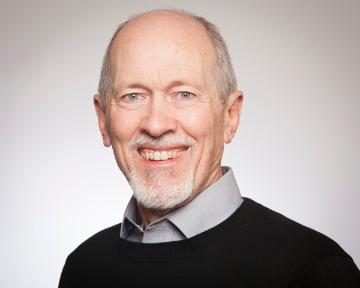 Philip Boo Riley was accepted to a month-long NEH Summer Institute at Macalester College on the topic of “Challenges of Teaching World Religions.” The convener on the Institute is James W. Laine, author of Meta-religion: Religion and Power in World History, and it will include time with other prominent North American religion scholars, including Tomoko Masuzawa, Donald Lopez and Carl Ernst.  The title for Prof. Riley’s proposed project for the institute is “Teaching World Religions in Silicon Valley.” He will be tying the project to the Living Religions Collaborative. 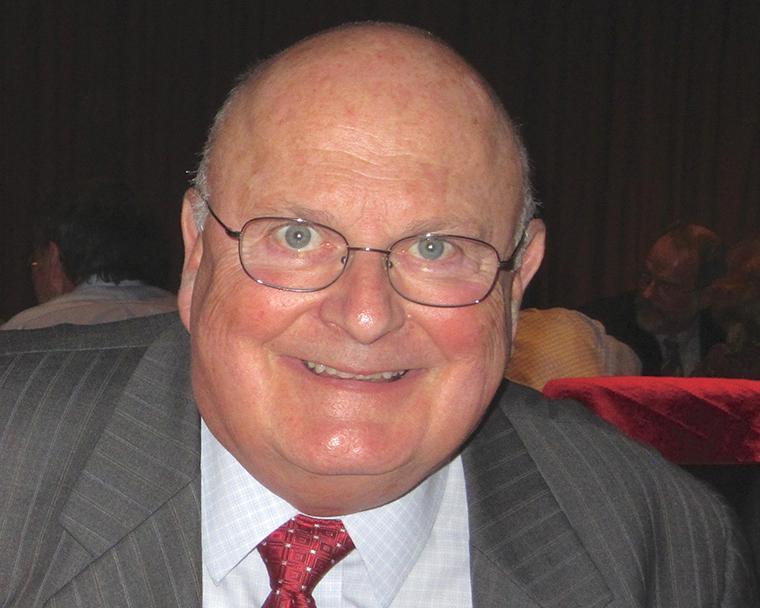 Frederick Parrella was interviewed in an episode of JustLove. They discussed the religious faith and practice of today’s college students, and what their often self-description as “spiritual, but not religious” bodes for the future.