During fall quarter Professors Diana Gibson and Philip Boo Riley put on a series entitled, "Living with Purpose: What do local faith communities teach us about Discernment, Service and Resistance in Challenging Times?"  The series grew out of conversations with the San Jose Catholic Worker Community about ways to connect the campus community with local religious efforts regarding such issues as poverty, racism, violence and other justice concerns.  In the future the group hopes to consider other collaborations, including internships with local organizations, additional curriculum related to pacifism, and more campus programs.

The fall series had three programs.  The opening program was “Living with Hope in a time of Crisis: Catholic Worker responses to climate catastrophe, endless war, and deepening inequality.” Fumi Tosu and Lisa Washio-Collette presented what led them to commit to the Catholic Worker, and the kind of life they live in the Casa de Clara, including their various ministries to San Jose’s homeless population. 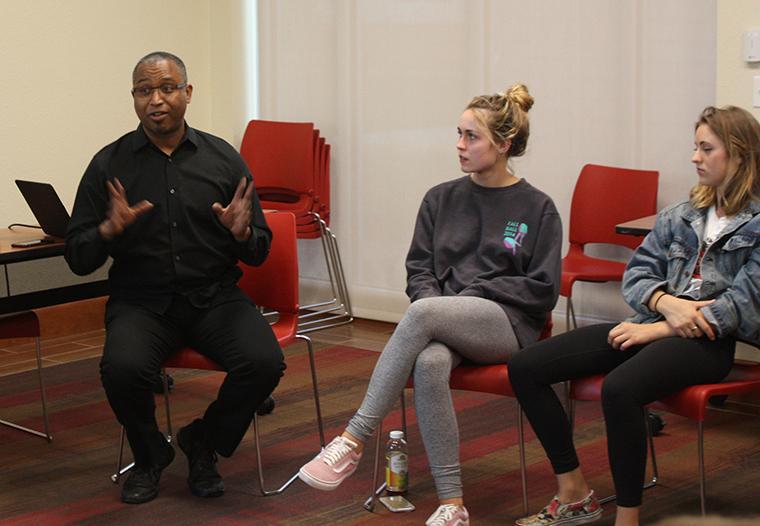 Rev. Michael-Ray Mathews, Director of Clergy Organizing, PICO National Network and former pastor of Grace Baptist Church in downtown San Jose, presented on “Living with Courage: Working for Justice through Service and Prophetic Resistance.”  He shared with us his engagement with the black lives matter movement, which for him began in the aftermath of the killing of unarmed teen Michael Brown in Ferguson, Missouri, and his collaboration with religious leaders across the country to develop an interfaith theology of resistance. 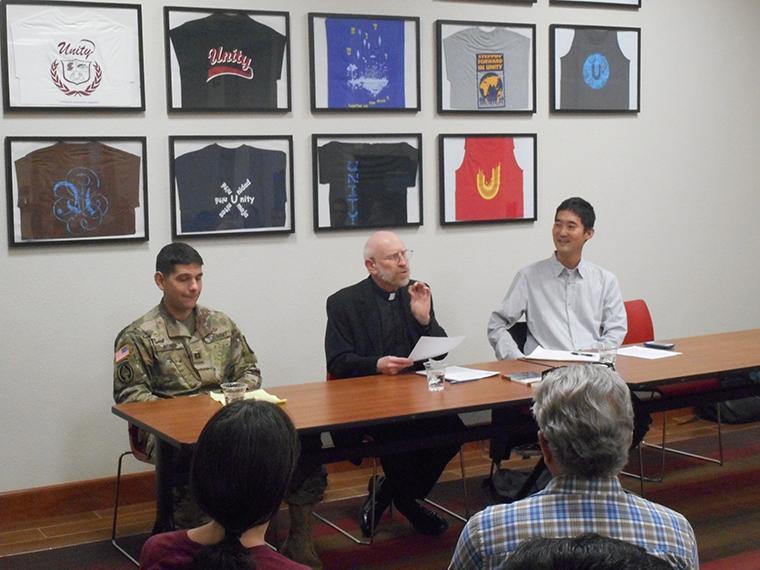 The final program, “Living with Conviction: ROTC at SCU – Collaboration or Contradiction?” drew nearly 50 people to listen to a panel of differing viewpoints discuss the role of ROTC on the SCU campus in light of Catholic teachings on pacifism and Just War.  Rev. Thomas Massaro, S.J. (Jesuit School of Theology, SCU) kicked off the panel with an overview of the development of just war theory as well as pacifism in the Catholic tradition.  Dan Fisher of SCU’s Military Science Department spoke about how he came to join the army, his experiences in combat, and the importance of the education SCU offers to young men and women training to be officers and leaders in the military. Fumi Tosu from Casa de Clara spoke about how his family’s experiences during World War 2, including the bombing of Hiroshima, have shaped his views on pacifism and his convictions that Catholic universities should not be engaged in preparation for violent conflict.  Professor Gibson moderated the panel, setting a respectful tone that animated a thoughtful interaction among the panelists and the audience.

The group will continue exploring their collaboration and look forward to further programs, including one that was postponed from fall to the spring, “Living as Community: Celebrating Inclusion and Advocating for Justice for All,” featuring Zahra Billoo, the executive director of CAIR (Council on American Islamic Relations) San Francisco Bay Area. Billoo will discuss CAIR’s work to advocate for the rights of Muslims locally and nationally, including legal and educational initiatives related to the Muslim travel ban and concerns about bullying experienced by Muslim youth.