Here is Paul Schutz’s account of his experience in El Salvador:

“On November 12, I arrived with three other members of the SCU community in El Salvador for the 30th anniversary commemoration of the assassinations of six Jesuits, their housekeeper, and her daughter, on the campus of the University of Central America (UCA). In some ways, I knew what to expect: my time teaching on Pine Ridge Indian Reservation had exposed me to poverty and oppression in the United States, and I’d studied liberation theology—the theology of the martyrs—extensively in grad school.

But no experience in North America—and no amount of study—adds up to the experience of being on the ground in El Salvador. Walking in the footsteps of the martyrs and Oscar Romero, who gave their lives for justice in the name of the gospel, transformed my understanding of liberation theology and provoked extensive reflection on the intersection of the Salvadoran realidad and my work as a teacher and scholar. I’d like to share two reflections here.

First, while I’ve long been inspired by liberation theology’s prophetic condemnation of injustice and annunciation of a world free from oppression, I didn’t expect to be so inspired and troubled by the stories of those who knew the martyrs and Romero. Lolo Guardado, an artist and activist, witnessed powerfully to how Romero's prophetic words, ‘If you kill me, my spirit will rise in the Salvadoran people,’ live on in the Salvadoran people, who continue to struggle with poverty and violence that is unimaginable to most of us in the U.S.

Likewise with groundbreaking liberation theologian Jon Sobrino, whose theology connects Jesus's suffering, death, and resurrection with the suffering and death of the poor, whom he names ‘the crucified people.’ I was inspired by Sobrino’s demand—the demand of the gospel—that all people participate in the ‘resurrection’ of the poor, bringing them down from their crosses, challenging the structures of oppression and violence that constitute the everyday lives of Salvadorans. As one student put it: ‘Everyone in El Salvador knows someone who has been murdered, and almost everyone has witnessed a murder up close.’ 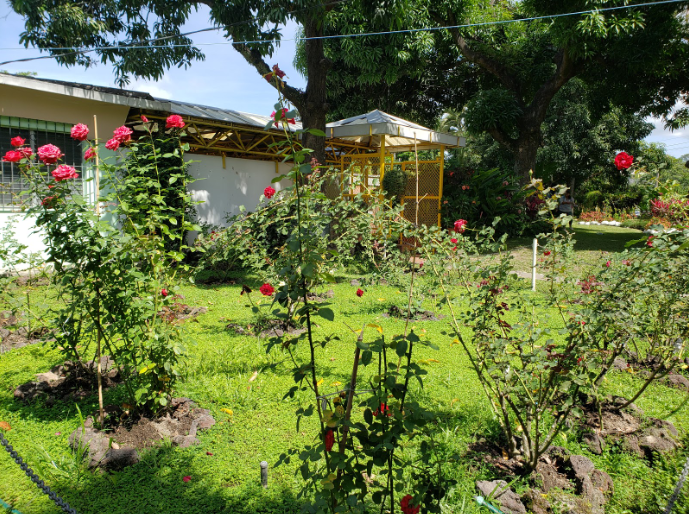 Today, a rose garden stands on the site of the Jesuits' deaths, a symbol of the cycle of dying and rising that stands at the heart of the Christian faith: and indeed, the Salvadoran people and the martyrs themselves die and rise each day in El Salvador. The fact that most UCA students are the children of those who were children when the massacres occurred is a powerful testament to the martyrs' legacy, and witnessing it first-hand renewed my passion for liberation.

Second, this experience sharpened my understanding of hope. Often, we think of hope as a sort of empty optimism, a passive desire for things to get better, or the desire for an otherworldly heaven. But true Christian hope is troubling and destabilizing here and now; it confronts the injustice of the status quo with a future that—far from being an opiate for the masses—calls us to action as co-creators of the Reign of God. The people of El Salvador live into this hope despite ongoing political and social turmoil. The students I met from the UCA's Casa de Las Américas program embody this hope. They speak of creating foundations to support victims of domestic violence and rape (nearly 70% of women are victims of violence in El Salvador) and applying engineering knowledge to revamp El Salvador's failing water infrastructure. The Jesuit value of Magis is alive and well at the UCA, and with the right cultivation and nourishment, these hopes can blossom into a new future for the country—a resurrection.

For those of us who benefit from the privilege of living in North America, and even more for those who benefit from being white and male (like me), such hope should shock us out of the complicity of complacency. This means speaking and doing justice in the midst of oppressive structures of power and domination to foster and communicate the radically destabilizing and transformative love proclaimed by Jesus Christ, by Romero, and by the Martyrs. We, who benefit from the enduring operation of structural racism and patriarchy (whether we like it or want it), are called by the witness of the martyrs to dismantle the oppressive structures in which we live: not simply to deny racism, sexism, or clericalism but to live lives that are actively anti-racist, anti-sexist, anti-clericalism. 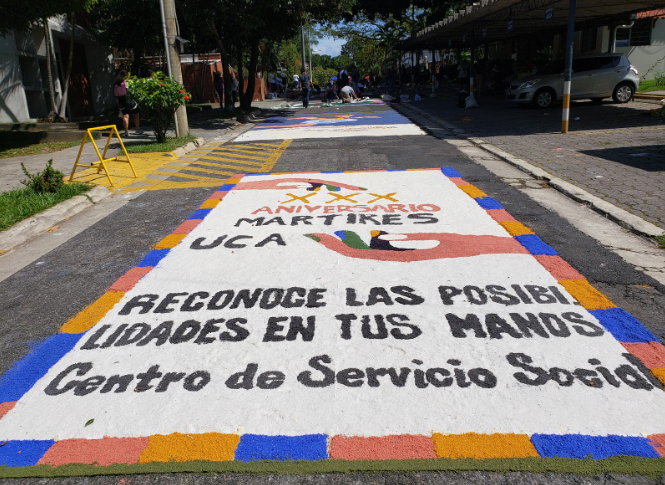 In this way, El Salvador rekindled my commitment to ensuring my work as a teacher and scholar does justice. And so, above all, I hope that through my work can lead those of us here at SCU and Silicon Valley can free ourselves from the allure of economic and technological gain to foster the greatest possible flourishing of all creatures, with whom we share this world. Our world suffers unthinkable hardships each day. If the Martyrs teach us anything, it's that silence preserves the violence of a status quo that can be overcome, if only we have the courage to speak and act—to give our lives for a greater good, as they did thirty years ago.”