On Friday, October 29th, Laura Robinson (SCU Sociology) organized a campus-wide talk with Pablo J. Boczkowski and leading Brazilian scholars Professor Sonia Virgínia Moreira and Danilo Rothberg who joined the event as co-discussants with Robinson. The event was well attended by members of the SCU community as well as scholars in Brazil thanks to the event being featured by the prestigious Intercom (the Brazilian Society for the Interdisciplinary Study of Communication, Portal Intercom). In addition, the international event was supported by the Brazil-U.S. Colloquium of Communication Studies for which Professor Moreira and SCU’s Laura Robinson serve in leadership roles. The event is sponsored by SCU Departments of Sociology and Communication, as well as SCU’s Program in Latin American Studies. 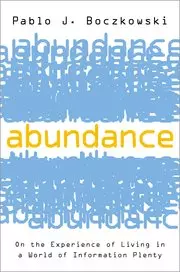 Professor Boczkowski discussed his new book with Oxford University Press: “Abundance: On the Experience of Living in a World of Information Plenty.” “Abundance” is the first book-length treatment of information abundance in the Global South including Latin America. From OUP: “Information overload is something that humans have dealt with for millennia. During different historical eras, massive increases in what was available to know has motivated the creation of systems for sorting, indexing, and compiling information as well as concerns that the abundance of information might cause cultural anxiety or even drive people to madness. The digital age has renewed concerns about information overload and the detrimental effects it has on our ability to sort through the stream of online data, decide what is most important, or even to train our attention on it long enough to make sense of it. In Abundance, Pablo J. Boczkowski builds upon what we know about the historical and contemporary scholarship to develop a novel framework on the experience of living in a society that has more information available to the public than ever before, focusing on the interpretations, emotions, and practices of dealing with this abundance in everyday life. Drawing on extensive fieldwork and survey research conducted in Argentina, Abundance examines the role of cultural and structural factors that mediate between the availability of information and the actual consequences for individuals, media, politics, and society. Providing the first book-length account of information abundance in the Global South, Boczkowski concludes that the experience of information abundance is tied to an overall unsettling of society, a reconstitution of how we understand and perform our relationships with others, and a twin depreciation of facts and appreciation of fictions.” For more information, see the OUP site here. 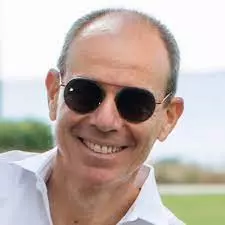 Pablo J. Boczkowski is Hamad Bin Khalifa Al-Thani Professor in the Department of Communication Studies at Northwestern University. He is Founder and Director of the Center for Latinx Digital Media, and Faculty Director of the Master of Science in Leadership for Creative Enterprises program, both at Northwestern. He is also Co-Founder and Co-Director of the Center for the Study of Media and Society in Argentina, a joint initiative between Northwestern and Universidad de San Andrés, in Buenos Aires. He is the author or co-author of six books, four edited volumes, and over fifty journal articles.

Laura Robinson is Associate Professor in the Department of Sociology at Santa Clara University. She earned her PhD from UCLA, where she held a Mellon Fellowship in Latin American Studies and received a Bourse d’Accueil at the École Normale Supérieure. In addition to holding a postdoctoral fellowship on a John D. and Catherine T. MacArthur Foundation funded project at the USC Annenberg Center, Robinson has served the Chair of CITAMS (formerly CITASA), Series Co-Editor of Emerald Studies in Media & Communications and Palgrave Studies in Digital Inequalities.

Danilo Rothberg is a professor of Sociology of Communication at Unesp - São Paulo State University, Brazil. He was a Visiting Fellow at the University of Warwick, King's College London, Open University (United Kingdom) and Université de Lorraine (France). Rothberg was awarded a productivity grant from CNPq, Brazil (National Council for Scientific and Technological Development) and published 61 journal articles, 2 books, 7 edited volumes, and 34 chapters. He was Deputy Head (2011-2017) and Head (2017-2021) of the Postgraduate Program in Communication at Unesp, and a member of the Editorial Board of the Unesp University Press (2017-2021).