This fall the School of Engineering must bid farewell to three long-term faculty and staff as they begin the next chapter of their lives in retirement. Read more about their many contributions. We will miss them all greatly!

This fall the School of Engineering must bid farewell to three long-term faculty and staff as they begin the next chapter of their lives in retirement. Read more about their many contributions. We will miss them all greatly! 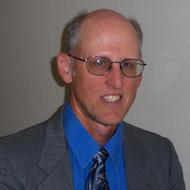 Tim Hight started at Santa Clara in 1984 and has contributed many years of service to his department, school, and University. His expertise is in finite element methods and applications to biomechanics, where he developed collaborations with the VA hospital in Palo Alto. Tim’s work has always focused on how engineering can and does help people. Tim was the faculty advisor for SCU's Solar Decathlon teams in 2007, 2009, and 2011. Two of his teams took third place overall in the U.S. Department of Energy competition. He was also faculty advisor of the 1st Place Champion Revolve House team in the 2016 Tiny House Competition. Honoring his achievements and dedication, he was recognized as a top teaching scholar in 2011 for his "profound influence in incorporating concepts of sustainability into the Department of Mechanical Engineering.” Tim has been a large part of our program and has helped to create the culture we see today. We most heartily thank him for all of his contributions, congratulate him on his retirement, and wish him and his family well! 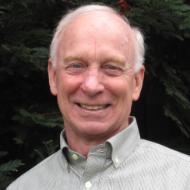 Dan Lewis joined the Electrical Engineering and Computer Science Department in 1975 and served his department, the school, and SCU for 46 years. He has the longest service record among all faculty members in the Computer Science and Engineering department. During his tenure, Dan served as the founding chair in 1992, when it split off from the EECS department and served as chair for nearly 15 years playing a key role in shaping the department. He was also the key founding member of our Web Design and Engineering program. Since 2004, Dr. Lewis has focused on K-12 education and outreach in engineering and computing, supporting his efforts by raising more than $2.5M in grants, mostly from the National Science Foundation. He has provided professional development workshops for more than 250 teachers and hosted summer camps for over 2,000 K-12 students. We owe Dan many thanks for his vision and pioneering work, for his dedication in educating our students, and for his support to our faculty. We thank Dan for his immense contributions to our School, and wish him and his family the best in enjoying his life after retirement! 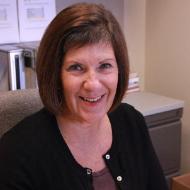 Heidi Williams began her SCU career in 1997 as receptionist for the School of Engineering, and in 2006, she completed her BA, summa cum laude, in English. Immediately putting her education to work as director of communications, she has been the heart and soul of our communications with the outside world while working under eight deans. Godfrey Mungal expressed that she is the living, breathing record of the School of Engineering. She was tasked with knowing and documenting who we are, what we have done, where we have been, what we aspire to, and where we are headed. She has told our story time and time again with a critical eye, open ears, a big heart, numerous interviews, and countless words. Heidi was tasked with creating The Buzz to share our weekly updates, eNews, and the Five-Ten Report to inform the campus of our activities. She wrote for the Development Office to help us raise funds and authored our 100th anniversary book in 2012. Where there is communication, there is Heidi! We all have been blessed to work with her throughout these many years. Thank you, Heidi, for all you have done for the School. Your words are everlasting, and you will be missed!