Dr. Pumar has authored many articles and has contributed as editor for several books about patterns of adaptation in multi-ethnic immigrant communities. Most recently, he published an article on the question of social trust among individual ethnic groups, for which he coined the term, “Cascading Trust.” Other recent articles have explored Cuban policy reforms and the relationship between second-generation immigrant crime problems and adaptation. He’s currently writing a book comparing different immigrant communities in Europe and the United States, looking at how governments respond to the flow of migration. He was recently honored as a Faculty Expert Fulbright Scholar at The University of Valladolid, Spain and also a Visiting Lecturer at the Ecclesiastical Institute in Padre Felix Valera in Havana, Cuba. Dr. Pumar is a Senior Fellow at the Center for Arts and Humanities at Santa Clara University. 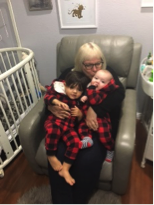 Susan Babbel. Susan will graduate in June 2018 with her MA in Education.  Susan will be a presenter at the Project Based Learning International Conference at SCU in February.  In between studying, she enjoys time with her daughter Jillian’s (’08) two grandsons, Auggie who is two, and Henry who is almost a year old.  Her youngest daughter Colleen (MFA) was married last summer, and the reception in the Adobe Lodge gardens was breathtaking.  Upon graduation, art and painting will once again become part of her life.

Dr. Cara Chiaraluce taught the following courses this past year: Principles of Sociology, Sociology of Family, Human Services, Cultures & Ideas I & II, Race & Inequality, and Social Problems.  She was awarded a Penstemon 2.0 Project Sustainability Faculty Curriculum Design Grant to create a new unit in C&I I on the effects of different agricultural systems on the world's food supply and global hunger/food insecurity rates.  The unit concludes with an experiential learning activity co-created with Katharine Rondthaler, Director of the Forge Gardens, and held at the SCU Forge Gardens (a local example of an organic, sustainable farm with positive community impacts), in which students tour the farm and help harvest seasonal vegetables for sale at the community market that day. Dr. Chiaraluce also was invited to speak to a LEAD 101 class on “First-generation College Students and Vocation,” and served as a faculty mentor in the University Honors Program, a Summer Orientation Faculty Advisor for incoming students, as well as Conference Co-Organizer of the 44th Annual Western Departments of Anthropology and Sociology Undergraduate Research Conference, held at Santa Clara University. Lastly, she was invited to present on a multi-modal research assignment that she designed as an example of innovative technology-enhanced pedagogy in a “Technology & Pedagogy Workshop,” held during 2017 SCU New Faculty Orientation.

Dr. Alma M. García, Director of the Latin American Studies Program, organized the first Latin American Lecture Series. This will be a yearly event that will bring a well-known scholar of Latin American/Latino/a Studies. SCU Professor Emeritus of Modern Languages and Literatures discussed his most recent book, Taking Hold that deals with his experiences as a Latino graduate student at Columbia University. Almost two hundred people attended including many from the Bay Area. Dr. García began organizing a university-wide symposium to be held in the Spring 2018 to honor César Chávez who passed away 25 years ago. The symposium will include a memorial mass and two keynote lectures. Professor García serves on the editorial board of the Journal of Popular Culture.

Dr. García continues her work as one of the Commissioners on the Senior Advisory Commission of Santa Clara, CA. She chairs the subcommittee dealing with Elder Fraud/Abuse. She continues to pursue two interests: piano and watercolor painting

Dr. Marilyn Fernandez continued to teach Survey Research/Statistical Analyses, supervised the Research Capstone papers of 14 seniors, and worked with 6 seniors as they ﬁned tuned their research for inclusion in the 2017 Silicon Valley Notebook Volume 15 and presentation at the 44th Anthropology/ Sociology Undergraduate Research Conference. She also worked with Oxford University Press of India to prepare for publication her book titled, The New Frontier: Merit vs. Caste in the Indian Information Technology Sector. The book will be published in December 2017. 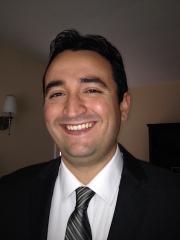 Patrick Lopez-Aguado. I am proud to say that my book Stick Together and Come Back Home: Racial Sorting and the Spillover of Carceral Identity was released this year on January 23 through University of California Press. This book focuses on my research of juvenile justice systems and mass incarceration’s collateral consequences - specifically, I detail how racial segregation in the prison impacts young people in high-incarceration communities, shaping their experiences with criminal labeling and violence. I have also been able to publicly share and discuss my work this year by recording a podcast for Santa Clara University’s Bannan Institute, as well as by appearing on the program Voces Criticas, broadcast out of 88.1 FM KZSC in Santa Cruz.

Dr. Laura Nichols enjoyed teaching SOCI 35: Introduction to Research Methods and Design the first time this new course was offered in the department. She especially enjoyed teaching a very enthusiastic group of first and second year sociology majors, the first time we have had a lower-division course dedicated solely to sociology majors and minors. Thank you to our sociology alum whom we interviewed and engaged as we were re-designing our curriculum for the sociology major to better meet the needs of our students. This new course was your idea. As part of the course, students interviewed and surveyed SCU sophomores about their experiences as part of the university's Six-Quarter Experience Working Group. Her co-edited book (with co-editor Terry-Ann Jones from Fairfield University), Undocumented and In College: Students and Institutions in a Climate of National Hostility (Fordham University Press), came out this past August. Laura is spending 2017-18 on her first year-long sabbatical studying the role of education as a pathway out of poverty from middle school thru young adulthood. Her project includes interviewing high school students and young adults and looking at national trends using data from the Department of Education.

Dr. Chuck Powers. 2016-2017 was an important transition year for Chuck Powers.  After thirty years of full-time service at Santa Clara (with ten of those years having him serve as either the department chair or the co-director of the Combined Sciences Program), Chuck went on phased retirement starting in 2016-2017.  In phased retirement Chuck’s teaching assignments and scholarly projects are focusing on sociological theory and on 21stcentury pressure on organizations to re-make themselves in terms of strategy, structure, and culture.  The flow of events makes these topics very timely.  Being a sociologist never ceases to be interesting!

Laura Robinson continues to teach courses including Qualitative Methods; Computers, Internet and Society; and Cultures and Ideas. One of her main sources of satisfaction has been to work with sociology majors thanks to the Witold Krassowski Student Research Assistant Endowed Award. This generous funding has allowed her to work with three of our sociology majors: Jenna Harrison, Óscar Quiroz-Medrano, and Nicole Speciale on projects centering on the sociology of Latin America. Robinson has also published her co-authored article “Eliciting Frontstage and Backstage Talk with the Iterated Questioning Approach” in the journal Sociological Methodology.   In another publication, “Collective memory: September 11th now and then” in the journal Information, Communication and Society, Robinson compares immediate understandings of the events of September 11th with similar commentary on the anniversary a decade later. Her study examines differing interpretations of the events from both longitudinal and comparative cultural perspectives. The work explores how ideological discourse is used in the immediate aftermath of 9/11/01 and ten years later in 2011. In so doing, the work sheds light on the stability and enduring nature of identity work and identity categories in digital discourse fora.