Nam Ling received the B.Eng. degree from the National University of Singapore and the M.S. and Ph.D. degrees from the University of Louisiana, Lafayette, U.S.A. He is currently the Wilmot J. Nicholson Family Chair Professor (Endowed Chair) of Santa Clara University (U.S.A) and the Chair of its Department of Computer Science & Engineering (since 2010). From 2010 to 2020, he was the Sanfilippo Family Chair Professor (University Endowed Chair) of Santa Clara University. From 2002 to 2010, he was an Associate Dean for its School of Engineering. He is/was also a Cuiying Chair Professor for Lanzhou University, a Guest Professor for Tianjin University, a Chair Professor and Minjiang Scholar for Fuzhou University, a Distinguished Professor for Xi’an University of Posts & Telecommunications, a Guest Professor for Shanghai Jiao Tong University, a Guest Professor for Zhongyuan University of Technology (China), and a Consulting Professor for the National University of Singapore. He has more than 220 publications (including books) in video/image coding and systolic arrays. He also has seven adopted standards contributions and has been granted more than 17 U.S. patents. He is an IEEE Fellow due to his contributions to video coding algorithms and architectures. He is also an IET Fellow. He was named IEEE Distinguished Lecturer twice and was also an APSIPA Distinguished Lecturer. He received the IEEE ICCE Best Paper Award (First Place) and the IEEE Umedia Best/Excellent Paper Awards (three times). He received six awards from Santa Clara University, four at the University level (Outstanding Achievement, Recent Achievement in Scholarship, President’s Recognition, and Sustained Excellence in Scholarship) and two at the School/College level (Researcher of the Year and Teaching Excellence). He has served as Keynote Speaker for IEEE APCCAS, VCVP (twice), JCPC, IEEE ICAST, IEEE ICIEA, IET FC & U-Media, IEEE U-Media, Workshop at XUPT (twice), ICCIT, as well as a Distinguished Speaker for IEEE ICIEA. He is/was General Chair/Co‑Chair for IEEE Hot Chips, VCVP (twice), IEEE ICME, IEEE U-Media (five times), and IEEE SiPS. He was an Honorary Co-Chair for IEEE Umedia. He has also served as Technical Program Co‑Chair for IEEE ISCAS, APSIPA ASC, IEEE APCCAS, IEEE SiPS (twice), DCV, and IEEE VCIP. He was Technical Committee Chair for IEEE CASCOM TC and IEEE TCMM, and has served as Guest Editor/Associate Editor for IEEE TCAS‑I, IEEE J-STSP, Springer JSPS, Springer MSSP, and other journals. He has delivered more than 120 invited colloquia worldwide and has served as Visiting Professor/Consultant/Scientist for many institutions/companies. 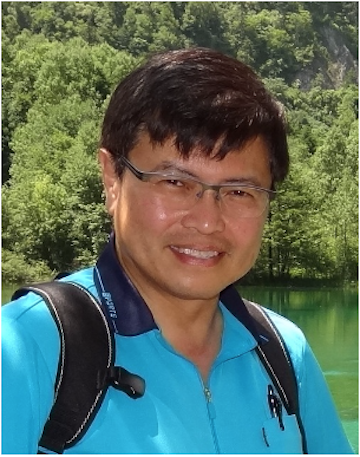 Professorships at Other Universities