Professor Godfrey Mungal was born and raised in Trinidad, West Indies and received his undergraduate education in Engineering Science at the University of Toronto (B.A.Sc. 1975, Hons.) and his graduate education in Aeronautics at the California Institute of Technology (M.S. 1977, Ph.D. 1983). He also served on the faculty of the University of the West Indies from 1975-76 as a lecturer in Mathematics, and as a post-doctoral research fellow from 1983-85 at the California Institute of Technology, before joining Stanford University. He has served as director of the High Temperature Gasdynamics Laboratory from 1993-97, the Associate Chair for Student Services in Mechanical Engineering from 1997-2001, the Associate Dean for Graduate Policy from 2002-2005 and a Stanford Resident Fellow from 2001-2007. He became Professor Emeritus at Stanford University in 2007. Since September 2007 he serves as the Sobrato Professor and Dean of Engineering at Santa Clara University.

Professor Mungal's research efforts have covered supersonic and subsonic mixing and combustion, turbulent reacting jets in coflow and crossflow, image processing (volume rendering) of turbulent flow structure, drag reduction of bluff bodies, flame stability – liftoff and blowout, flow in microchannels, studies of drag reduction in boundary layers with injected polymers, and the use of pulsed plasmas to control flame stability. He is the author or co-author of over 200 refereed and conference papers in these areas; fourteen examples of his research photographs and results have appeared in magazines, books or textbooks. He is a member of the APS (Fellow), AIAA (Associate Fellow), ASME (Fellow), ASEE, the Combustion Institute and Tau Beta Pi (Eminent Engineer). He has served on several review panels for NIST, NSF, NASA, AFOSR and Sandia Livermore and has given several invited lectures and short courses over the world including Australia, Belgium, France, India, Italy, South Africa and Japan. 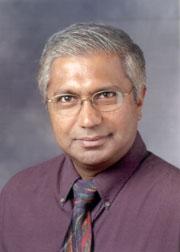