Dialogue between the Church and China could improve, but faithful Catholics there may feel betrayed...

Paul Mariani, S.J., the Edmund Campion S.J. Endowed Chair in the Department of History, has spent much of his time at Santa Clara researching the religious policy of the People’s Republic of China. His book, “Church Militant: Bishop Kung and the Catholic Resistance in Communist Shanghai” (Harvard University Press, 2011) chronicles conflict between the Shanghai Catholic community and the Chinese Communist Party in the 1950s.

Since the 1950s, there has been a split in the Chinese Catholic community between the underground Catholic Church and the state-recognized Chinese Patriotic Catholic Association. Every bishop recognized by Beijing must be a member of the association, even though some of these bishops have never been recognized by the Vatican.

But in an historic agreement last month, Pope Francis legitimized seven illicitly ordained bishops appointed in China. We talked with Fr. Mariani about the decision and its significance.

First, let’s set the stage: Can you tell us how many Catholics live in China?
There are currently about 12 million Catholics in China. Shanghai has one of the largest concentrations of urban Catholics.

What is the main difference between the “underground” and “patriotic” churches?
There is much more gray area now than in the past. The provisional agreement aims to bring about further reconciliation in the church, even if it comes at a high cost. If foreigners attend mass in many cities in China, they will notice how similar it is to their own country. There is little to worry about. But they will also be aware that there is much monitoring.

Are the seven illegitimate bishops actually trained in the Catholic faith?
I think you can be sure that they have gone through a seminary formation and have pastoral experience. It is just that the government has found them useful to its own interests.

Why do you believe the Pope finally agreed to recognize the seven bishops?
There is concern about the evangelization of China. It seems that Catholic growth has leveled. off. The pope basically wants the church to have a stable foundation and further growth. He wants to appoint good bishops to carry on the work of the church, reach out to the poor, and do all the things the church does in other parts of the world. He would like to see the church operate more openly in China. That is why he is willing to recognize these previously illegitimate bishops.

What had prevented former popes from doing this before now?
Obviously there were issues with some illegitimate bishops before. Either they did not seek reconciliation with previous popes or else previous popes had issues with them. Perhaps a few had married. In that case, Chinese Catholics definitely would not accept them. In other cases, these bishops acted more like religious functionaries by traveling to many meetings and neglecting their flock.

Why does China allow Catholicism, or any other religion?
Freedom of religion is technically guaranteed in the Chinese constitution. In addition, in 1982, just a few years after China’s leaders started the reform program to open up China to the outside world again, they published Document 19. That is pretty much their basic religious policy since. It says that what you saw in the Cultural Revolution (a decade-long movement begun in 1966 by China’s leader Mao Zedong that purged remnants of capitalist and traditional elements from Chinese society) is an aberration and that they are distancing themselves from it. China moved on to modernization programs and they needed all Chinese citizens to rally around the new goal. So China had to make amends to religious believers they felt had been hurt in the past, that the previous aggressive policy against religion had backfired. It led to a lot of resentment and anger, and they wanted to dissipate that in the early 1980s. So they returned the church properties, released religious leaders from prison, and recognized religious groups. Since then, there has been a massive revival of religion in China.

What do you personally think of the Pope’s decision to recognize the seven bishops?
I hope for the best, but there is a mixed opinion. I hope it leads to greater freedom for the church. Right now it seems that the very nature of a provisional agreement offers some opportunities, but also some risks. One of the opportunities is that there could be further dialogue between the Church and China. One of the risks is that faithful Catholics in China will feel betrayed.

Why is this provisional agreement important?
China is the world’s most populous countries and the Vatican is one of the smallest states. You have two of the oldest bureaucracies in the world dialoguing with each other. They are doing a delicate dance. 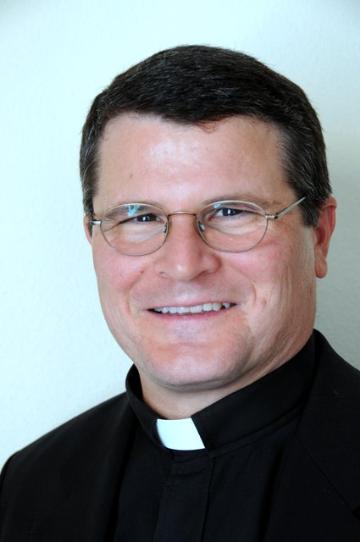