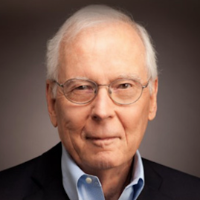 “We feel so strongly about the benefits of free enterprise….The nurturing of successful businesses...throughout the world is really meaningful to us because we know the effects,” My Own Business Institute founder Phil Holland.

With heavy hearts we announce the passing of our founder, Mr. Phil Holland.  Mr. Holland passed peacefully in his Los Angeles home on Sunday, December 26, 2021. He was 95.

Please enjoy the video below to view highlights of some special moments and memorabilia which have been part of MOBI's treasured history with our founder and his beloved wife Peggy.  Learn more about Phil's life, legacy, and his inspiration to provide free online entrepreneurship education further below.

Mr. Holland pursued a number of endeavors over the course of his long and inspiring life. At different times he owned businesses that manufactured food processing machinery, that built apartment buildings, and that developed shopping centers. Perhaps his most successful commercial venture was the chain of Yum Yum Donut Shops that he founded in 1970 with $5,000. At one time, Yum Yum was the largest chain of privately owned donut shops in the US.

Mr. Holland experienced set-backs and failures on the path to entrepreneurial success. To help others avoid the mistakes he made along the way, he wrote The Entrepreneur’s Guide (G. P. Putnam's Sons, 1984), which would later become the foundation for the MOBI curriculum. Unlike many people, he was as proud of his failures as he was of his successes. He found lessons in everything he did and was eager to help others learn from his experiences–both good and bad. “Phil was fond of saying that if his guidance helped others realize entrepreneurship was not for them, he succeeded,” said Drew Starbird, Ph.D, executive director, MOBI, Santa Clara University. “He was committed to helping people make their own success and avoid the common pitfalls in entrepreneurship, even if that meant avoiding entrepreneurship altogether.”

The Los Angeles riots of 1992 compelled Mr. Holland to take his entrepreneurial experience in a new direction. He and his beloved wife Peggy could see fires burning from their LA home as businesses and communities were destroyed during the protests. A dedicated and passionate philanthropist, Mr. Holland found a new purpose in helping Los Angeles communities in the wake of the devastation. He and Peggy, an accomplished educator, principal, and school administrator, developed a curriculum based upon his book and began teaching classes for free at the Compton Job Training Center. They posted flyers around town to publicize their course.

After teaching his curriculum in person for a number of years, Mr. Holland began offering his training online in 2000 through his not-for-profit My Own Business Inc. In 2014 he and Peggy selected Santa Clara University to steward their program and mission into the future. They felt the SCU Jesuit tradition of service aligned perfectly with their own beliefs in making a difference to the people around them. With this transition, the My Own Business Institute within the Leavey School of Business was created. The Hollands generously gifted a $17.5 million legacy endowment to the University to ensure MOBI would remain free, for anyone anywhere.

Mr. Holland remained passionate about helping others through education and entrepreneurship throughout his life. He was never too busy to stop and share advice with others and to support students by lending his perspective. He maintained his seat on the MOBI Advisory Board and provided counsel to the MOBI leadership team up until his retirement in the fall of 2021.

“Phil was a visionary who believed in people. He believed that people have big dreams, and with the right tools and education they could pursue those dreams and be successful. Through business ownership, they can help their communities grow and remain strong,” said Starbird. “It is our honor and great privilege to continue Phil’s legacy at Santa Clara University with MOBI.” Mr. Holland created opportunity for countless people through his programs and generosity. MOBI students and alumni represent 140 countries around the world, and thousands earn certificates each year by completing a MOBI course.

Phil Holland inspired thousands of people to pursue their dreams, start their own businesses, and make their communities stronger. He always looked beyond his immediate ventures to find ways to give back to his community. He valued honesty and integrity, seeing the best in those he met. Mr. Holland was a devoted husband to his beloved wife Peggy who preceded him in death in 2017.

We at MOBI will dearly miss Mr. Holland, and we are grateful to have spent time with him in person at our Advisory Board Meeting held at Santa Clara University in November 2019, and subsequent meetings held virtually until his official retirement in the fall of 2021. We always enjoyed sharing ideas and celebrating new collaborations, student graduations, and the growth of our partner program.

We send our love and condolences to his family and loved ones along with our deepest gratitude for his vision and dedication.

Click here to visit the Our Story page to read more about Phil Holland’s entrepreneurial journey and his inspiration to help others by creating the My Own Business Institute educational program. 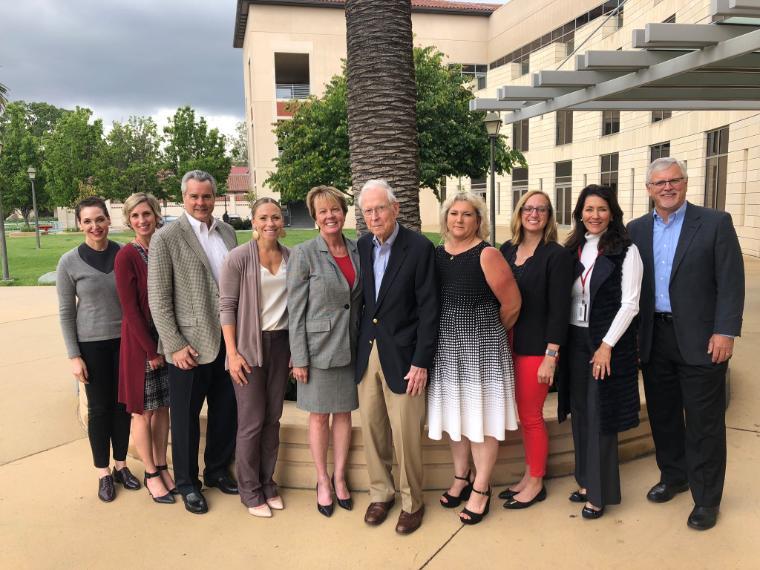