Dissolving the Stain of Implicit Bias

We need to recognize how implicit bias among some teachers contributes to exclusionary discipline practices with children.

Brett Johnson Solomon is an associate professor in the Child Studies Program at Santa Clara University and director of SCU’s Future Teachers project, a pipeline program for students who want to teach in urban and underserved communities.

We talked to Solomon about a range of issues, including the need for teachers to use cultural competence and compassion with all students, and a new documentary series about the culture of alleged sexual abuse of young teenage girls by a renown musician.

You are collecting data from African-American kids around the country, grades K to 12, on their perceptions and feelings about their treatment in school as a result of their race—by the schools and the teachers. What is your goal?
I am interested in learning about implicit bias and its impact on children of color.  This is important because the school-to-prison pipeline is an epidemic that pushes school-aged children out of the classroom and ultimately into the criminal justice system. Most notably, the school-to-prison pipeline disproportionately affects children of color and those with special needs.

My preliminary investigation involved understanding if African-American children actually perceived themselves to be treated differently in school because of their race. My results indicate that African-American children do perceive themselves to be treated differently and that perception intensifies with age. The research that I’m engaged in now includes teachers as participants, and measures their implicit bias toward children of color of varied ethnicities, age and gender.

You're also working on a project that focuses on implicit bias among teachers, particularly towards students of color. How does implicit bias affect these students?
It contributes to exclusionary discipline practices, like expulsions and suspensions. I want to know: Are children of color, and specifically African-American children, being excluded from class or school because of what teachers or school personnel perceive is a problem behavior?

What are some examples of “problem behaviors” that may contribute to implicit bias among teachers?
It’s important to note that a behavior is a symptom of a problem. Teachers and school personnel often respond to a symptom, rather than the actual root of the problem. Maybe the students don’t have the correct uniform; or they are late; or they are eating in class, or they are falling asleep in class. This is where compassion and cultural competence skills are key.

A teacher without these skills would say, “You are out of compliance! Wake up! You’re not supposed to be eating! Go to the principal’s office!” But the compassionate, culturally competent teacher will ask: “Why is this kid late? Did she have to take four buses to get to school? Maybe his school uniform is not as clean because he cannot afford more than one uniform. And maybe she didn’t sleep well because it’s not safe to sleep in her house, or he’s hungry because there is no food at home.”  That’s what we need to focus on, not throwing kids out of class or school.

How serious is this issue?
African-Americans, males in particular, have been victims of implicit bias and subjected to exclusionary discipline practices in school settings throughout the U.S. According to a recent report from the United States Government Accountability Office (2018), African-American students account for 15.5 percent of all public school students in the United States, but represent approximately 39 percent of students suspended from school—an over-representation of about 23 percentage points. Further, the U.S. Department of Education Office of Civil Rights (2014) notes that African-American students—from kindergarten through high school—are 3.8 times more likely to be suspended than white students.

What other ways does implicit bias impact young African-Americans?
Well, we're seeing it in a recent documentary about the R&B singer R. Kelly, and his alleged sexual abuse of mostly young African-American teenagers who are in his orbit. It's a blatant example to me of how black females in the United States have historically been undervalued. I’d love for someone to prove me wrong about that fact.

For the young victims of R. Kelly, you add their lower social and economic status combined with the fact that they are black female youth, and you end up with a lack of urgency to really seek justice. If these were white girls who were being sexually abused by a Black man—on tape—we would have seen justice decades ago.

The narrative of a rich and powerful man being able to commit horrific sex crimes against multiple Black female children, and get away with it, is unconscionable. But it happened. And nothing’s happened while this man has spent the past 20-plus years building his music empire. What’s equally horrific is the complicity of those around him. People in his camp who knew what was going on, but did not see cause for alarm. The bystanders.

Last, we cannot overlook the devastating psychological effects of sexual abuse on his victims. Children who are sexually abused are often times sworn to secrecy or threatened, so they wind up living in fear for their lives or the lives of those whom they love. Abused children feel shame, guilt, and many struggle with depression. So we are looking at a set of circumstances that, when combined, tell a story for why attaining justice for the young Black female victims of R. Kelly has now spanned three decades.

But if it takes the docu-series Surviving R. Kelly to come out 20 to 25 years after the fact to re-awaken the injustice, then I’m all for it. 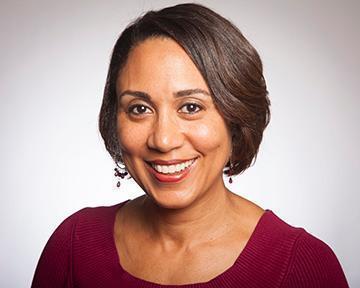