A Straw In The Ocean

In some of the most arid places around the world, more than 16,000 seawater desalination systems enable countries from Saudi Arabia to Israel, Morocco to Australia, to remove salt from ocean water to generate fresh drinking water.

Well before before California entered its driest period on record, Gov. Gavin Newsom ’89 has supported building a second major coastal desalination plant as a partial solution to the Golden State’s water woes.

“We need more tools in the damn tool kit,” Newsom told the Bay Area News Group during an editorial board meeting in April, when he was asked about an upcoming vote on a years-long proposal by Poseidon Water to build a $1.4 billion coastal desalination plant in Huntington Beach. To his dismay, the project was unanimously rejected by the state’s Coastal Commission in May.

The environmental costs of turning 106 million gallons of seawater into 50 million gallons of potable water were too high a hurdle for the commission, whose members cited a range of concerns from the underwater pumps that suck in larvae of marine life, to the tons of brine released back into the ocean that destroys their habitat, to the extraordinary amounts of energy needed to power the plant.

Still, Daniel Press, dean of the College of Arts and Sciences and an environmental policy expert, believes that with better technology and increased mitigation measures, there is a place for compromise.

“The planet’s surface is mostly covered with water, so it’s reasonable to look to the oceans for drinking water,” says Press, a longtime environmental studies professor at UC Santa Cruz, who also served for six years on the California Central Coast Regional Water Quality Control Board.

We sat down with the SCU dean, who has written three books on U.S. environmental politics and policy as well as numerous articles and reports, to better understand the issue.

You believe it’s hard to imagine a water future for urban California without desalination. Why?

Because of climate change, we’re expecting to see the Pacific Northwest getting wetter, and the Southwest to get extremely dry. So if the whole Southwest, including California, gets very little water, then desalination sure could keep the tap on for some urban areas…. Not to terrify you, but climate modelers are not sure how California will be livable in the next 100 years.  We’re headed for some difficulty if we don’t turn this ship around and curb greenhouse gas emissions.

And Newsom is in a hard place; he doesn’t have a whole lot of options when it’s not raining. Last year, he asked Californians to voluntarily cut back water use by 15 percent, but a year later, he’s not getting much traction; the reduction has been just 2 percent. In fact, per capita water use went up in the last year, not down. That’s in contrast to what happened with the last administration, when Gov. Jerry Brown called for mandatory water reductions, and he got them. I foresee more mandatory restrictions.

How do desalination plants work?

There are two major types of desalination: one is reverse osmosis, which is a technique used here in California. Reverse osmosis uses pressure to push seawater across a semi-permeable membrane, leaving the salts behind in a sludgy brine.

The other type of desalination is thermal distillation, which essentially mimics the sunshine; you’re using heat to evaporate the water, but the salts don’t come into the steam, you just collect the steam and you‘ve got yourself some very clean water.

Santa Barbara and Carlsbad’s plants are among 12 coastal plants that desalinate seawater, but about 20 other plants in California desalinate brackish water, a mixture of salt water, and fresh water that flows from the land—you often find these waters in marshes and coastal wells. While it’s less problematic and cheaper to separate than seawater, there’s not as much supply of brackish water, compared to the ocean.

This process seems pretty straightforward. What do you believe was the Commission’s problem with the Huntington Beach project?

Chiefly, my understanding is that the Coastal Commission said to Poseidon, “Look, we don't feel that you have mitigated the probable environmental impacts to the level that is required beforehand.” If Poseidon had done a much, much better job of that, I still think the environmentalists would have been opposed to it, but the Commission might have had a more split vote.

The other issue that I think that sunk the Huntington Beach proposal was the large amount of energy. Desalination is tremendously energy intensive; you’re either going to have to use a whole lot of pressure and pumps to move that water, or you’re going to have to use a lot of heat and pumps to distill it. For that reason, California has not embraced desalination much. But engineers are smart people, and they have been tinkering around with these issues for decades. You can design a plant that will use renewable power to run your reverse osmosis, and you can figure something out with the brine, but it’s going to be expensive.

How does the cost of desalinated water compare to traditional water?

It’s more costly—and that's definitely a real sticking point. Poseidon’s Carlsbad desalination plant, the largest in the nation, produces about 50 million gallons per day, which is about eight percent of San Diego’s water supply. The Santa Barbara plant produces about three million gallons a day, which is about 30 percent of the city’s demand. However, the cost is around $2,000 per acre foot of water; an acre foot is about 326,000 gallons, so that comes out to a portion of a cent per gallon. That sounds like it’s not very much, but it’s 10 times the cost of urban delivered water in California, and maybe 20 times that of agricultural water. (California’s rich, irrigated agricultural sector uses about 80 percent of the water that is captured and delivered through the state’s extensive system of reservoirs and aqueducts).

Santa Barbara’s desalination plant was shut down early on, then resurrected. Can you tell us about that?

The plant was built in response to the late 1980s drought, and almost immediately it was mothballed because the rains came back in 1992, and Santa Barbara was able to rely on much cheaper surface water to supply its needs. But they were smart; they kept it operating at a low level so that it wouldn’t degrade. And then, in 2015, they were in a drought again and they brought it back online. And boy, are they happy that they’ve got this.

Are there any other water supply solutions for California?

Right now, every day, we throw away millions and millions of gallons of recycled water into the ocean that could be turned into drinking water. But people don’t like the idea that you could take treated sewage, which is very highly treated, and use groundwater processes to do what nature does to clean the water. Then we filter it, we chlorinate it, and we deliver it—perfectly drinkable.The idea isn’t new; it’s been around for decades and decades, and piloted and demonstrated all over the world. But there’s a public perception problem with so-called toilet-to-tap. It’s a matter of will and money and acceptance.

People have also talked about capturing excess rainfall from the Pacific Northwest, and moving it down an aqueduct, a bit like the Trans-Alaska Pipeline. But again, it would be expensive. 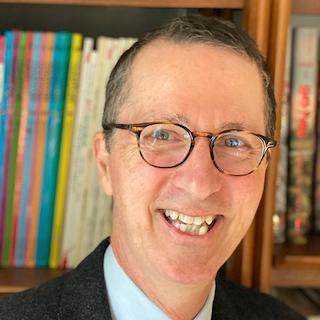