California just banned workplace and public school dress codes and grooming policies that discriminate against anyone based on their hairstyle.

A black New Jersey wrestler is forced to cut his dreadlocks or forfeit a match–even though he wore a wrestling hair cap. A black Alabama woman is denied a job when she refused to cut her dreadlocks.

This month, California put an end to these kinds of incidents when it became the first state in the nation to ban workplace and public school dress codes and grooming policies that discriminate against anyone based on their hairstyle. The Crown Act, short for Creating a Respectful and Open Work Space for Natural Hair, is part of an effort launched this year by DOVE and its partners to address unfair grooming policies that have a disparate impact on women and people of color at work and school. Authored by Sen. Holly Mitchell (D-Los Angeles), the law protects the right of Black Californians to choose to wear their hair in its natural form, including Afros, braids, twists and locks, without pressure to conform to Eurocentric norms.

Danielle Morgan, an assistant professor in English at SCU who specializes in African-American literature in the 20th and 21st centuries, shared some insights about what the law means to her.

How do you feel about the new law?
I’m very excited, not only as an actual law but also sort of the optics of what it means–that it seems to signal a concerted effort on the part of the state to recognize the experience of black adults and black children in this country. It means that people are really trying to understand what black hair can represent in certain communities, the way it has factored into history, and the way it still continues to matter in the present day and age.

A recent national study by Dove said black women are 80 percent more likely to change their natural hair to meet social norms or expectations at work. Black women also are 1.5 times more likely to have reported being sent home or know of a black woman sent home from work because of her hair. What’s at stake here?
One of the easiest ways to dehumanize somebody is to either ridicule their culture, or to strip them of the autonomy of making cultural decisions, and one of the quickest ways you can do that today and in the past is to limit somebody’s ability to wear their hair the way they want. And not only that, but to say that the way it actually grows out of their head, the way it naturally appears, is something that is wrong, is something that is unprofessional, is something that is threatening. It’s a way you can look at a person and say, ‘You’re not human, and the way that you can prove that you are human, the way that you can prove that you are deserving, is to look more like me.’ In other words, to look more like the dominant culture, to assimilate in certain kinds of ways, and to step back from your culture. And that’s not right.

What do you think makes some black hair styles so controversial?
It’s the way the sort of political and aesthetic potential of black hair gets read, and misread, by the general public. There are political decisions that (black) people frequently make about their hair, that if you wear your hair as an Afro or in dreadlocks, for example, people will often view that as a real political decision. But one thing (other) people don’t know is that every single decision a black woman or a black man makes with their hair is not always a political decision; it might just be a stylistic decision or it might be a personal choice. And all of their choices are valid.

Does the new law address America’s history of racism?
It is in some regards a very small measure, but it is something that indicates that the United States is reckoning with the sins of its past and its continued sins, and that is crucial as a nation tries to heal.
The nation doesn’t want to talk about slavery; it doesn’t want to talk about segregation, and so much of the hang-ups about black hair stem directly from slavery and from segregation. So we wake up in the 21st century and wonder, well, why is black hair such a question mark for so many of us? And it comes from that thing that we don’t want to talk about–it comes from the national amnesia surrounding slavery–and the way slavery was justified  in the country; it comes from thinking about all of those questions.

Some of the most iconic Black hair styles, like cornrows and dreadlocks, have ancient origins.
They have great cultural meaning, and to tell somebody that they aren’t allowed to wear these hairstyles that have meanings in Africa, where your family originated, or they can’t wear this hairstyle that has this significance in the Islands, where your family originated–that is doing something to automatically make your culture seem subversive. Even aside from connections to the broader African diaspora, cornrowing connects me to a broader black community and a particular black cultural expression and family practices.

Can you tell us about your own experience?
When I think back on my childhood, my experiences with getting my hair done by my mother mattered so much, and my grandmother doing my hair and washing my hair made me feel proud of the way my hair looked. So it’s troubling when you get out into the rest of the world and you are in a situation where the hair that grows out of your head that your mother has kissed and told you is beautiful, that your grandmother loved and was happy to braid for you, is somehow now a problem for other people–that it becomes a problem in the workplace. That it becomes a distraction in school. That it becomes a situation where you might look at somebody else’s hair who is not black and because they aren’t experiencing the same sorts of marginalizations or pressures, that you think, “Wow, maybe that is the way I should look, or wouldn’t it be easier if I just had this kind of hair?” even as your family at home is really trying to instill in you a sense of pride in how you look and who you are.

Have you felt pressured to conform to other hair styles?
I used to straighten my hair in part because I did feel that it looked more professional. I had sort of accepted that this is a part of what professional attire looks like. It is straightened hair, pulled-back, very neat–not a hair out of place. But once I got to college (at the University of North Carolina Chapel Hill), I started seeing black people with a wide variety of hairstyles and I started wearing my hair naturally, and I decided to let my decisions be mine. I just sort of set in my mind that I wasn’t going to make decisions based on what job I may or may not get or how I might be read by outsiders.
Not everyone is able to take that stance, though. Ideally what the Crown Act should do is make it so that question of how should I wear my hair is off of the table, so that black women are allowed, like white women, to make a choice to straighten their hair, or wear their hair curly because they like how it looks, as opposed to what will people think of them if they wear their hair straight, or what will people think of them if they wear their hair curly or kinky.

What do you hope the SCU student body can learn from the Crown Act?
These students will be graduating and looking for jobs and if they are in a position to hire, the Crown Act sets a good precedent for them not to refuse to hire someone because of the way their hair looks. Like housing laws, for example, where you can’t discriminate against anyone based on a variety of identities when it comes to renting. There are ways for people to get around that, but I feel hopeful that this law is going to have an impact.

New York state followed California with its own law on July 12. Could you see this law being implemented across the U.S.?
With any sort of law about racial discrimination or gender discrimination, the issue always becomes, ‘You can’t change people’s hearts.’ But what the Crown Act does do is put something in place that should prevent people from being able to act discriminatorily, and instead allow black women and men a sense of autonomy and security and a sense of the cultural connection that oftentimes can be stripped away. This so frustrating, of course, because black men and black women choose to wear their hair in a variety of styles for reasons both political and personal, and it is within the context of the workplace or the school that it often becomes a political issue, whether you intend it to be or not. 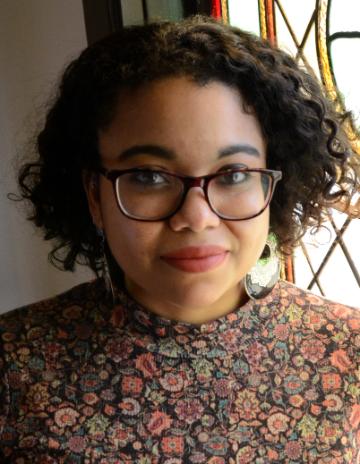