THE CRISES IN LATIN AMERICA, AND WHY YOU SHOULD CARE

A series of recent political upheavals in Latin America may seem far away from the U.S. But the potential consequences should concern anyone living in the Western Hemisphere.

A series of recent political upheavals in Latin America—from Bolivia to Chile, Ecuador to Peru—may seem far away from the U.S. But the potential consequences should concern anyone living in the Western Hemisphere, says Enrique S. Pumar, the Fay Boyle Professor and chair of Santa Clara University’s Department of Sociology. What worries him most about the anti-government protests—rooted in everything from economic decline to political corruption—is the time it will take for these countries to return to political stability and amend social fragmentation. Their weakened states, he says, make it easier for foreign powers and transnational groups to promote subversive political activities closer to the United States. Given the fluid dynamics of the turbulence there, Pumar is cautious to speculate about the future of these countries. But he’s certain of one thing: few of their political leaders, like Bolivia's Evo Morales (image above) seem to learn from history.

Riots in Hong Kong, riots in Latin America. Why should the U.S. be paying particular attention to the latter?
A few reasons. First, the United States has looked at Latin America as our neighbor. Since the days when we proclaimed the Monroe Doctrine in 1823, we have always looked at the Western Hemisphere as being our sphere of influence.

The second reason is that when there is political instability, that tends to generate immigration, and you know how much we are trying to restrict immigration these days, so that may also complicate migration policies for the U.S. From a political point of view, immigration is an escape route. People who are discontent leave. But if they repatriate, that creates circular migration resulting in serious political problems because when migrants return, they may try to mobilize and influence politics in their countries of origin.

The third reason is that today you have very aggressive economic policies from China and Russia that are trying to counteract the influence of the United States in the Western Hemisphere, a region with whom we maintain a healthy trade balance.

Also, China is interested in gaining control over natural resources and the Russians want to basically gain enough leverage to deter the United States from meddling in countries like Ukraine. So basically, they’re saying, “OK, you entered our sphere of influence, and we will enter into yours.” And that complicates everything.

Could the agitation in Latin America lead to a domino effect there?
It could. Many Latin American societies suffer from relative deprivation and political discontent. The multi-polar, globalized world in which we live these days complicates how we react to social mobilization because when we decide to pressure regimes, they often seek support elsewhere.
For example, we have been putting pressure on Cuba, a departure from Obama’s influence through diplomacy policy aimed at putting pressure on the island to become more democratic. However, as we put pressure on Cuba, the Cuban foreign minister traveled to Europe, and Russia, and signed a comprehensive economic agreement with Russia about two weeks ago.

The king and queen of Spain just visited Cuba, supposedly to celebrate Havana’s 500th anniversary. But they are also trying to stimulate and protect Spanish economic interests in Cuba. So, that goes back to my point that if we don’t choose to care about Latin America, we are opening the door for our adversaries—and sometimes even our friends—to step in, and that could counterbalance our interests in the region.

You point to Brazil’s former president Lula da Silva as a good example of how someone’s repatriation made a difference in Latin America.
When the military came to power in Brazil (1964-85), Lula and other trade union leaders went into exile in Portugal and re-organized the trade unions movement into the Brazilian Workers Party (PT). After Lula, the head of the PT, returned to Brazil and won the elections, left-leaning, populist leaders managed to also win elections throughout South America in countries such as Argentina, Bolivia, Uruguay, and to some extent, Ecuador. And Lula was an inspiration for Huge Chavez in Venezuela. So, it is possible that a group of immigrants could form a political movement and try to change the political landscape in South America.

Bolivia’s recently ousted president Evo Morales started out as a popular change agent, especially for poor and indigenous people like himself. What happened?
Evo Morales did a very good job for a while—the economy rose four percent—and that actually benefited a lot of the ethnic minorities who were marginalized in the country. He provided political stability for nearly 14 years but he also angered a lot of people when he tried to stay in power for a fourth term after he was already the longest-serving elected president in Bolivian history.

In the more recent elections, he managed to narrowly exceed the 10 percent margin to avoid a runoff with his opponent Carlos Mesa, but the Organization of American States and other observers documented many irregularities during the electoral process and Morales was accused by the opposition to manipulating the votes. The political impasse triggered many protests and before Morales was granted political asylum in Mexico, his own security forces refused his request to stop the protesters, causing him to lose his ability to govern.

Some political observers say that Morales had been suppressing the voices of other leaders who were coming up in the ranks, which led to his downfall.
When presidents manage to perpetuate their power, that actually creates a very important unintended consequence, and a very serious political one, which is that there is no clear succession plan. So, because there is no succession plan, you get into a crisis like we have now in Bolivia.

And it’s not over. Right before Evo boarded the plane to Mexico last week, I was interviewed by a reporter from Univision and I made a prediction that turned out to be correct: While he is in Mexico, Evo Morales will direct his followers to demonstrate, deepening the country’s political crisis in his absence. And then from Mexico he is going to announce that the only one who can resolve the crisis is him. And that’s exactly what he did.

How much does political instability in Latin America create a void for a country’s military to step in?
I doubt the military is going to step in and rule for a while, because today they do not face the imminent threat of a leftist guerrilla-like movement of the 1960s and 1970s, and they also learned a valuable lesson from their economic mismanagements that resulted in the debt crisis in the 1980s. But if they do, it’s going to be to re-establish order and find a political solution. Bolivia’s Senate vice president Jeanine Anez is now the appointed interim president, according to the succession rules of the constitution. She has reassured everyone that elections are coming, and coming soon, which means that probably after the holiday in January if not before, she will announce an election day. The forces that supported Evo Morales will have to come up with a candidate very soon. They will probably demand to put Evo on the ballot, and because there has been a break in his rule, they could probably argue that it is legitimate for him to run—a pretty savvy strategy. But realistically, most people in Bolivia are ready for a change and Anez has said that if Evo returns he will face arrest. I’m not ready to say that Bolivia needs a centrist or a leader from the left or the right. What I am willing to say is the Bolivia needs a leader with the capacity to govern and move the country forward.

How much do the recent protests in Latin American illustrate the typical historic swing from one political party to another, as in many countries around the world?
The politics in South America were relatively predictable for a long time—we’re talking three decades or so, after the 1960s and 1970s, when there was a wave of authoritarian governments governed by the military. But those went away for good in the 1980s because many countries experienced a severe debt crisis and very unpopular austerity policies, and there was a lot of social unrest. People mobilized and protested about the deprivations, so the military stepped back and opened the way for civilian, democratic governments. How the transition to democracy took place depended on the context of each country’s civil-military relations.

After the 1980s, there was a period of civilian rule that generally speaking was very stable in Latin American; there were elections and so forth. But a lot of people saw in the democratic forces a way to improve the situation—which obviously did not happen—and that brought the “pink tide” into politics, the left of center leaders who in many cases delivered a lot of promises up to a point, about four or five years ago. (The phrase “pink tide” describes Latin American leaders who are not so much communist—often associated with the color red—as they are more moderate socialist and left leaning populist, or pink).

Now, it is obvious that the pendulum is going back and forth, and the average citizen is not happy with the performance of the left—or the right—and they are looking for an alternative. In Argentina, for instance, the moderate wing of the Peronist Party regained power in the last election from the more conservative opposition, whereas in neighboring Chile the Socialist lost to the center right forces. In terms of my predictions, when a country finds a leader who can govern, someone who would manage the economy well and will bring back political stability and some measure of social inclusion, this back and forth swing will stop.

If you could give one piece of advice to current and future political leaders there—perhaps everywhere—what would that be?
Political leaders need to take a lesson from athletes, who know when to retire. Last week, when David Villa, a very prominent Spanish soccer player, announced he would retire from competition, he said something very meaningful: “It’s better to leave football before football leaves me.” That doesn’t happen in South American politics; many leaders want to stay in power, and politics end up retiring them. 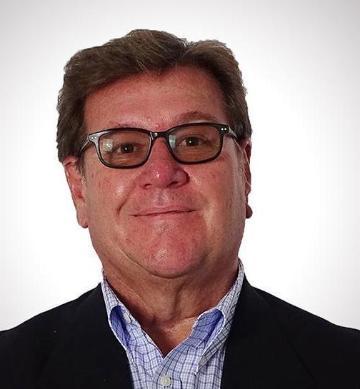