Shaping a more realistic narrative about the lives of long-term cancer survivors.

The popular narrative of cancer, as SCU Professor Laura Ellingson writes, is familiar to everyone: A fierce medical battle waged by brave patients and brilliant care providers, resulting in spectacular biotechnological warfare.

And for the survivors, who are grateful to be alive, there is a future, and hope.

Less well-known to the public is the prevalence of so-called “late effects,” says Ellingson, who as a college sophomore in 1989 was diagnosed with bone cancer in her right leg that required surgery, chemotherapy, and years later, amputation above the knee. Powerful painkillers, taken daily, leave her with dry mouth, constipation, fatigue, and restless sleep.

As Ellingson noted in her 2017 study, “Realistically Ever After: Disrupting Dominant Narratives of Long-Term Cancer Survivorship,” the majority of the 15 million cancer survivors in the U.S. face a life shaped by the after-effects of the damage caused by their cancer treatments that take a lasting toll on their physical, mental, and spiritual health.

The former chair of SCU’s Women’s and Gender Studies Department has been pushing for a more realistic narrative that acknowledges the voices of long-term cancer survivors, whose stories she believes are often silenced in favor of the more popular “happily ever after” versions.

A lot of people probably aren’t familiar with the term “late effects” linked to cancer survivors, but you say that that’s starting to change.
When I went through chemo and surgeries 30 years ago, doctors did not have the data about “late effects.” They had not saved that many people, who would survive for a long time. So if you lived five years, that was considered awesome. Now that we are living 10, 20, 30 years past cancer, we are living with chronic conditions caused by the very things that saved us from the cancer. Understandably, advocacy organizations focus on supporting cancer survivors and their loved ones during and immediately following treatment. But this focus unintentionally marginalizes stories of late effects, which can be devastating for long-term survivors.
Late effects information finally made it onto government and advocacy websites, but little attention is given on sites or at public cancer awareness events to long-term survivors’ stories of continued suffering. It’s not that we are angry with the medical community, but we need them to acknowledge that this is what’s going on.

Wouldn’t logic dictate that post-cancer health problems were likely connected to cancer treatments?
Doctors are very evidence-based, right? They would say that there is no evidence that what you have is linked to the radiation or chemotherapy, or whatever treatment you had. But it’s a totally different ball game now because they have the evidence to know what radiation is going to do to you, and what particular kind of chemo–like the one I had called Adriamycin–causes heart damage. So now they know to check my heart. I think the medical community is honestly doing the best it can by talking to patients beforehand about whether there is a choice in treatments, and what are the likely long-term consequences of the choice you make.

Even with more knowledge, you say making those decisions has gotten a lot harder for many patients.
A woman diagnosed with breast cancer might have a choice between a lumpectomy with radiation, or a lumpectomy with chemo, or sometimes all three. Or a radical mastectomy, or a modified mastectomy, plus chemo. Then she hears the long term likely consequences of this chemo or that one. And so it’s become an exponentially more complicated message. What doctors try to do is help people make the best decision. When you’re frightened for your life, or your child’s life, you agree to whatever has the best chance of saving that life.

Why has there been such reluctance on the part of national cancer advocacy groups and health care practices to discuss late effects?
Because it doesn’t fit in with the American belief system. We have a very deep ethic in this country of believing in scientific progress. We believe that each step in research and every event is making us closer to a great life and long life and healthier life. It’s part of our ethic, like rugged individualism and patriotism. We believe that science and technology will save us. And now we are moving to individualized cancer care, like CRISPR, and that will save us!  The rhetoric of biomedical progress saving us is so seductive, it’s so exciting, that you want to believe it.

When I was 20 years old, I would have done anything if they said I could save my leg–and I do mean anything. I believed the narrative of biomedicine was going to save me–that they’ll invent something and it will work. Now I wish I had really understood that I was going to spend 19 years in constant pain to fix something that ultimately would never be fixable. Today, I have a much more balanced view; I would want to see the research, like a doctor. And I would want to talk about the likely outcomes, and understand that statistics are only statistics. They cannot predict your individual case.

What are some of the late effects that you suffer?
The chronic knee pain, repeated infections, and reconstructions of my right leg were the initial late effects from my treatment. And then the amputation of my leg when it was no longer fixable, which led to chronic phantom limb pain. The researchers told me the phantom pain would go away after five years, but unfortunately it did not. It used to be so bad I felt like jumping out of my skin, but it has improved somewhat. So I’m still on a lot of meds, and the side effects are hard to live with. I also have mild aphasia (a condition that impairs the ability to speak, write and understand language), which is particularly frustrating when I teach.

What are the consequences of ignoring the plight of cancer survivors?
The big donors don’t want to hear it; they funded that technology that has now resulted in these late effects, but saved your life. They just like the “saved your life” part. The restitution narrative is that you were well, then you were sick, and now you’ve been restored. And that you have been restored to who you were, which is never true, of course. You are a profoundly different person after an illness like that.

As a culture, we do not want to hear, “Yes, the chemo saved my life, but now it’s caused me heart attacks or scarred lungs or liver damage, or pain that I still have years later.” People don’t get it. They’ll say, “You don’t look sick, so what’s the problem?” Or, “We already gave you some time off, we threw you a party when you came back, so get to work.”

What I argue is that it’s not a good fundraiser to say, “Hey, let’s save all these people from cancer, and then they’re going to have a lot of chronic diseases, and be unable to work full-time, and their kids are eventually going to get mad that their mom or dad didn’t go back to being the mom or dad they had before. And their partner is frustrated as hell, even if they are well-meaning, because they didn’t sign up for this.” Some survivors lose their homes, end up divorced or unable to work when the late effects are disabling enough. It gets really hard. 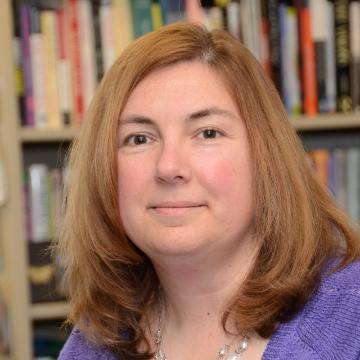