Looking for VC funding? Research shows it pays to be a guy.

The allocation of venture capital is one of the primary factors determining who takes products to market, which startups succeed or fail, and as such who gets to participate in the shaping of our collective economy.

The decline occurred despite raising awareness of gender bias in the investment sphere, making it urgent to study and correct the pervasive and growing gender bias in venture capital allocation.

While it is generally well-known that men have an easier time raising funds, much remains unclear:

Does having a woman on a founding team increase or decrease fundraising outcomes?
What role does the gender of the CEO play compared to the gender composition of the rest of the founding team?
Which geographic regions are most prone to gender bias?
Are current efforts by investors seeking to support women likely to correct this gender bias?

Knowing that there is bias against women is not enough. If we hope to make systemic change, we need to understand the nature of the bias and how it manifests.

It pays to be a man

Performing an in-depth data analysis of over 48,000 companies on Crunchbase, my team and I discovered a consistent pattern that holds across the globe and in most industries:

Further, our team applied machine-learning models to predict whether a founding team will reach a priced funding round. Surprisingly, the findings show the CEO's gender to be the most important founder characteristic for predicting fundraising success, beating critical features including whether the founders attended top universities and even the number of prior exits attained by the founding team. That suggests that investors prefer men not only when all other factors are equal, but rather, that they turn away highly qualified women in favor of less qualified men.

The problem is not the pipeline

The research has important implications for correcting the gender gap in startup funding.  A common misconception is that the imbalance in funding allocation stems primarily from the “pipeline problem,” whereby fewer women wish to engage in entrepreneurship and seek funding. Focus on the pipeline problem occludes systemic barriers that prevent female entrepreneurship from fair access to startup funds. By focusing on amounts raised by firms that have successfully raised funding, this research offers an easily-accessible demonstration of funding inequalities in a manner that cannot be attributed to the pipeline problem.

Further, the research demystifies how bias against women in venture manifests. While it is generally known that men have an easier time raising funds, it is not clear under what circumstances being a woman has a negative impact on fundraising.

The key message from our research is that the bias against a female entrepreneur is much more pronounced when she takes on the role of CEO—the gender of the CEO overwhelms objective measures such as studying at top universities and having prior business exits. Simply put, if you’d like to raise money, the best thing you can do is to be a guy. On the other hand, including women on a founding team actually increases how much is raised, so long as the company is led by a man.

According to Laura Ellingson, Santa Clara University professor of women and gender studies, research on gender and communication clearly establishes evidence of a no-win or “Catch-22” situation for women leaders, particularly in the male-dominated world of high tech. The communication choices that reflect ideals of effective leadership—direct statements, speaking forcefully, and displays of confidence, among others—are associated with masculinity and thus play in favor of male entrepreneurs seeking funding. But not so for their female counterparts.

“Such stylistic choices are interpreted as strong and effective in men, but abrasive, unlikeable, and arrogant when women use them,” Ellingson said. Further, research shows that being nice, giving credit to others, not making demands, and other communication choices traditionally associated with femininity are judged ineffective when it comes to embodying leadership.

“Hence, women leaders are left trying to sound as feminine and thus likeable as possible while accomplishing (masculine) leadership tasks—specifically, presenting the strengths of their business proposals and requesting large amounts of startup funds. Women leaders are thus likely being judged as bitchy, incompetent, or both, and thus denied funding,” she said.

Ellingson notes that for things to change, those who hold the purse strings must be willing to acknowledge and address the evidence that “our expectations for leadership and professional competency are inextricably bound up in gendered socialization of both verbal and nonverbal communication.” This will require a deep dive into fixing a culture that puts men at an advantage.

In recent years, a number of venture capital firms emerged with the mandate to support female founders. Regrettably, the lack of awareness on the nature of the bias results in ineffective strategies. Most VC firms that focus on supporting women have a mandate to invest in companies with at least one female founder. However, as the research shows, these companies are not at a fundraising disadvantage when they are led by male CEOs (in fact, those led by male CEOs often have an advantage over non-diverse teams).

Instead, our research supports the formation of venture capital firms with the mandate to invest in companies led by female CEOs. Investing in women-led, mixed-gender teams should allow investors to benefit from the performance boost of gender diversity, while helping to correct the long-standing bias against female business leaders. Investors with expertise to lead early stage deals applying such practices can further reap the benefit of early investing, receiving large equity in promising deals.

My team and I are launching an extensive, multi-year initiative to study and correct gender and racial biases in startup funding. The initiative will combine extensive research into the nature of the biases, with a focus on uncovering actionable solutions for systemic change, as well as active dissemination of the findings within the venture community and collaborations with investors to enact lasting change.

The Association for Corporate Growth Silicon Valley, in collaboration with the School of Engineering and SCU’s Markkula Center for Applied Ethics, will host a virtual panel on “Gender and Racial Bias in Venture Capital,” Wed. Feb. 24, from noon to 1 p.m. PST. Click here to register.


Article footnotes: 1. Gender-balanced teams perform better than male-dominated teams in terms of sales and profits (Hoogendoorn, Oosterbeek, and Van Praag, 2013), and gender diverse executives teams are 21 percent more likely to yield higher financial returns (Hunt, Prince, Dixon-Fyle, and Yee). The venture capital firm First Round reported that their investments in companies with at least one female founder were meaningfully outperforming their investments in all-male teams. In fact, their investment in companies with a female founder performed 63 percent better than their investments with all-male founding teams (First Round. 10 years. http://10years.firstround.com/, 2019. Accessed: 2019-11-1). 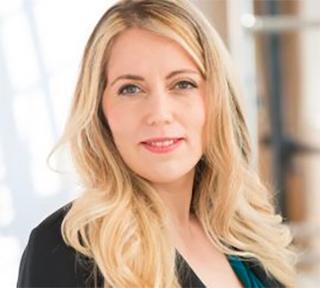